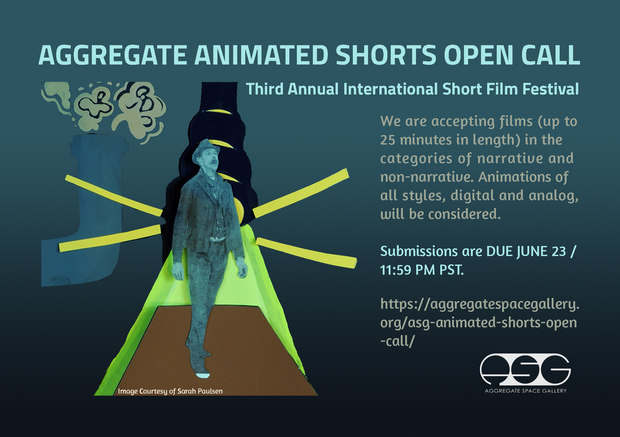 We will be accepting films from 2 - 25 minutes of length in the categories of narrative and non-narrative. Animations of all styles, digital and analog, will be considered. Submissions are DUE JUNE 23 / 11:59 PM PST. You will receive an email by our team regarding your submission in early July.

To present the festival, we will be hosting concurrent looping screenings of the animation selections in an Oakland venue in August (date and location forthcoming), free and open to the public. This will be followed by a ticketed award ceremony. If your film is selected for the program, you will receive a complimentary ticket to the ceremony in which we will be screening the top 2 films and an honorable mention from each category, and viewer’s choice awards.

The films and their presenters will be publicly announced via social media the day the viewing period opens. Also to be announced are the identities of the jurors, who will come from the San Francisco Bay Area Art and Animation scene and beyond.

There is a required submission fee of $25

*** WE WILL EVALUATE ONLY ONE SUBMISSION PER PERSON ***