Which Are the 50 Best Animated Films of the 21st Century Thus Far?

List of 50 best animated features of the 21st century include Hayao Miyazaki’s ‘Spirited Away,’ Sylvain Chomet’s ‘The Illusionist,’ Isao Takahata’s ‘The Tale of Princess Kaguya,’ and Brad Bird and Jan Pinkava’s ‘Ratatouille.’ 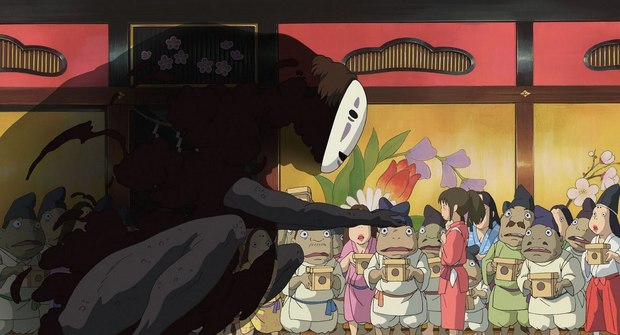 Earlier this month, The Film Stage posted a list of the 50 Best Animated Films of the 21st Century Thus Far, generating a ton of discussion all over the Web.

Moving closer to the top are Miyazaki’s Academy Award-winning Spirited Away (10), Sylvain Chomet’s The Illusionist, the director’s 2006 follow-up to The Triplets of Belleville (17), Isao Takahata’s The Tale of Princess Kaguya, from Studio Ghibli (15), and Brad Bird and Jan Pinkava’s Ratatouille. Also appearing near the top is Marjane Satrapi and Vincent Paronnaud’s 2000 movie about Iran, Persepolis (8) and director Wes Anderson’s stop-motion animated Fantastic Mr. Fox (2).

Films getting an honorable mention included Tomm Moore‘s The Secret of Kells and LAIKA’s The Boxtrolls, while on the anime side, Ghost in the Shell 2: Innocence, Wolf Children, and Tekkonkinkreet were all recommended as were Studio Ghibli’s When Marnie Was There and From Up on Poppy Hill. On the Hollywood side, the list-makers were impressed by Rango, Cloudy With a Chance of Meatballs, and Tangled, but ultimately couldn’t find room for them on the list. Lastly, Hiroyuki Okiura‘s A Letter to Momo, the stop-motion oddity Toys in the Attic, and the Oscar-nominated A Cat in Paris and Chico & Rita each got a special mention as well.

We’re not going to spoil the top film, however, so head over to The Film Stage to see the full list, and let us know what your favorites are below in the comments!

Taking an Old-School VFX Approach in ‘All Quiet on the Western Front’
‘Natural Habitat Shorts’: Like ‘Ranger Rick,’ But for Adults
Framestore Sets Sail on ‘1899’ with New Virtual Production Tools
Animated Characters: The Art of Babbitt – Part 1
Bruce Smith and Ralph Farquhar Talk ‘The Proud Family: Louder and Prouder’ Season 2
VFX is the ‘Thing’ for Tom Turnbull on Tim Burton’s ‘Wednesday’
We Need to Chat
F is for Flake: The (Not So) Great Animation Robbery?
END_OF_DOCUMENT_TOKEN_TO_BE_REPLACED