Why is it so hard to find good, mid-priced recording gear? 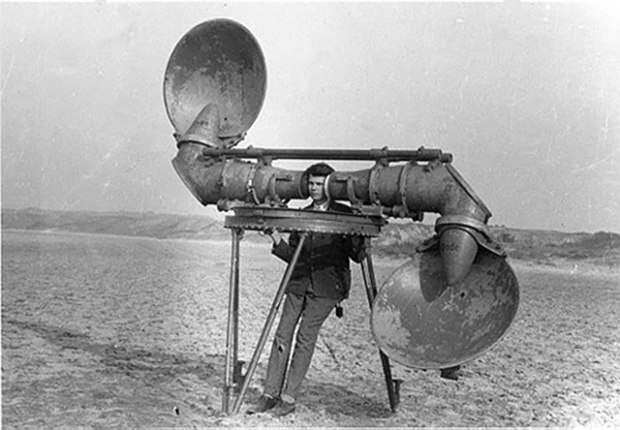 I’ve spent the last month obsessed with trying to purchase a good portable digital audio recorder. You would think it would be fairly easy, especially here in North America, the continent of too many options.

But instead it's been a heck of a challenge...

The goal is simple enough: an audio recorder, low noise, a couple of XLR inputs, both mono and stereo recording modes, a little phantom power here, a functioning limiter there...

But the market is split between low-mid and very high end, with nothing in between to speak of.

The Zoom H5 and Zoom H6 (in the $270 to $400 range) are great looking machines, very user friendly, nice grippy rubber skins so they don’t slide out of your hand, plenty of power, excellent support. But they have thin sounding internal mics, the XLR inputs have detectible noise in the preamps, and the limiters sound like they’re chopping the louds with a quick slice to the signals... all this to say I find them great for podcasts, not so much for broadcasts. Moving among the two channel recorders with better preamps than the Zooms, we don't find much that's significantly better and still portable. The Sony PCM D100 stands out for its quiet preamps. And so does the Tascam HD-P2 though it uses 8 AA batteries which makes it a lot less portable. (Up until this year the category included the now discontinued Fostex FR2LE.)

The Sony has great preamps, nice clean sound, no hiss, a truly usable limiter, and pleasant internal mics. Is there a downside? Well, it has no XLR inputs, and therefore no phantom power because the only input is 3.5mm mini stereo.

I asked Ric Viers of The Sound Effects Bible and the Detroit Chop Shop fame what his interns are using to record sound effects. He replied that this year they recorded to the Tascam DR-680MKII 8 track. Newer than the HD-P2, this recorder is also powered by 8 batteries which makes it a little bigger and heavier than most portable recorders.

I'm really looking forward to Paul Virostek's upcoming blog with a shortlist of field recording equipment suggestions. In the meantime check out Paul's current blog: Equipment Roundup and Analysis which is an overview of the gear used by leading field recordists recently profiled on his excellent series: A Month of Field Recordists (which I reviewed a few weeks ago.)

So thus far I'm left with the Sony D100, and since I’ve never met an external mic with class that didn’t need phantom power, I've got to buy a phantom power box or preamp or mixer or something to feed power to the mic. And line them all up like a daisy chain. Only hooked together with mini stereo cables - not the most durable jacks in the world. I can see it now... out in the bush, tripping over audio cables, unable to extricate myself from the tangle while the wild animals look on in glee. Actually I've discovered that it's not as bad as all that. René Coronado posted a blog showing the Denecke PS-2 phantom power box modified to hook up with the Sony PCM D50 (the D50 is out of production), and it actually looks pretty neat. (I tried out this phantom power supply at the Toronto Trew Audio location and it's virtually silent, adding no noise at all to the recording.)

Beyond the $1000 mark for a field recorder few of us venture to go, especially as beginners or even intermediates. Yes, there are superb Sound Devices recorders if you have several thousand dollars that aren’t already earmarked for survival expenses... but until your recording is either bringing in some income or shows so much promise that you’re willing to bet big bucks on it, this kind of budget zone leaves most of us in the dust.

So why such a big gap between $700 and $2500? Am I wrong to think this slot used to be filled by broadcast audio needs? Is it because the Zooms have brought decent recorders down so low in price that we’ve come to expect far more for less? Is it because good to excellent preamps are costly to build? Is there no real market for the very good intermediate recorder anymore?

Today I spoke with a TV crew person from one of my local television stations. I put the question to him:

Me, eagerly asking the TV crew person during a break in shooting a piece for the 6 o'clock news:  What digital recorder do you use to record sound on location?

TV crew person:  We’ve figured out how to sync directly to our phones. What’s the point in having a recorder, we’ve always got our phones on us.

TV crew person:  No, of course not. But nobody cares.

So on the local broadcast side most of the budget, at least in this town, seems to be going to video image - the camera that this audio recordist's crew was using was first class.

But what about the sound? Are we so accustomed to poor audio on digital phones that we don’t really notice sound quality anymore? Or is the sound recorded to an iPhone so relatively good that it's now a realistic mid-level option even for broadcast? Or do tight budget restrictions mean that hard choices have to be made? Is it all of the above?

What I do know is that I'm having a tough time finding a good, quiet, portable, 2-channel recorder for under $2000.