What's the difference between art and retail?

Let's be really clear, it's all about absolutes 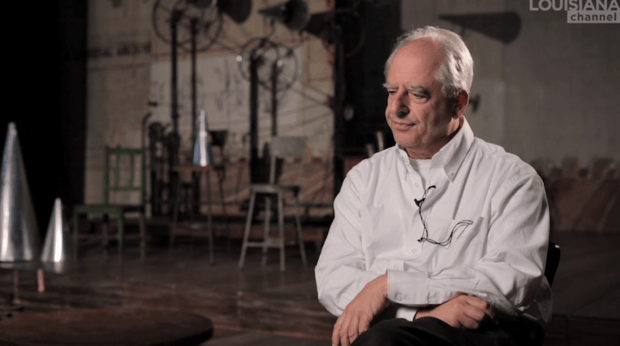 The artist and animator Jean Detheux recently brought my attention to this wonderful William Kentridge interview:

Like most artists I know, Kentridge was told he would never make a living, that no one would hire him.

Being an artist is never knowing who you really are, what you're meant to do, where you fit in the world. And having friends and family that want you to conform to something, anything so they're not also in a space of never knowing - which by the way is extremely uncomfortable.

It's about our urgency to have absolutes, which I'm guessing is probably a social imperative.

So retail, illustration, etc. are about dictating meaning - this clearly means that. These pants for $50 = these pants for $50. An illustration of pants means pants and nothing else. It's about being absolutely clear. And it's not that clarity is a bad thing - after all, where would we be without illustation not to mention retail. But they're not art. Art is about uncertaintly. Looking at art invites us into the process of making meaning, which burns calories and requires effort.

It's tapping into what Kentridge calls "how we make sense of the world". Art operates when people bring themselves to a constructed yet open experience and generate meaning from it.

Great art is like solving a magnificent puzzle, where the pieces come together generating a intriguing and satisfying whole. It's a rare and wonderful feeling for the viewer and it's why museums, galleries, and artist run centres are full of people wanting to see.

David Bowie once said that when he started making art for an audience, his work failed completely. It was only when he figured out that if he kept the focus on what he liked and not on what he thought people wanted, that the work truly succeeded.

William Kentridge was interviewed by Christian Lund at the Deutsche Staatstheater in Hamburg in January 2014 in connection with the performance of the stage version of The Refusal of Time, called Refuse The Hour.

The Massive Creative Fellowship Behind ‘The Lord of the Rings: The Rings of Power’
‘The Dragon Prince’ Director Villads Spangsberg Talks Toonlines and Tough Challenges
Laurence Fishburne and Steve Loter Talk ‘Marvel’s Moon Girl and Devil Dinosaur’
Taking an Old-School VFX Approach in ‘All Quiet on the Western Front’
‘Natural Habitat Shorts’: Like ‘Ranger Rick,’ But for Adults
Framestore Sets Sail on ‘1899’ with New Virtual Production Tools
VFX is the ‘Thing’ for Tom Turnbull on Tim Burton’s ‘Wednesday’
We Need to Chat
END_OF_DOCUMENT_TOKEN_TO_BE_REPLACED