Sharing new stories with old friends, while sharing old stories with new friends, makes this annual celebration of the best in animation, VFX and visual storytelling one of my year’s most enjoyable events. 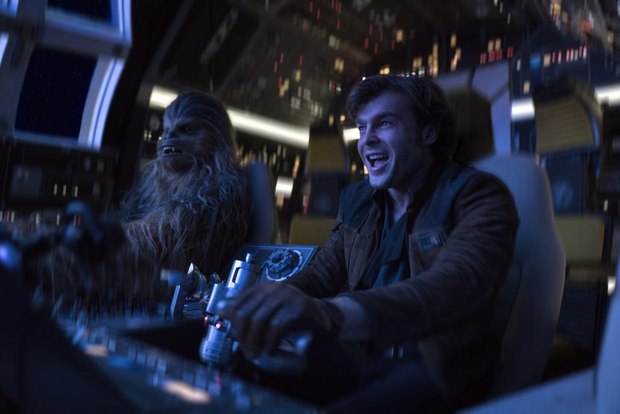 I’ve been writing about my annual pilgrimage to the VIEW Conference in Turin, Italy, for well over a decade. This year is no different – I head out this weekend for a full week of sensory and gustatory overload, my head already dizzy thinking about next week’s presentations, interviews, pistachio gelato and late-night scotch tastings, rubbing elbows and breadsticks with some of the world’s great visual storytellers. VIEW always brings out my best fanboy screech and worst journalistic hyperbole, but it can’t be helped. And I’m OK with that. It’s the one time each year I get to enjoy a few days of Northern Italian cuisine in Northern Italy, listening to hilarious, alcohol-loosened VFX-production horror stories while pretending I’m every bit as hip as the fashionable espresso drinkers in their dark grey turtlenecks at the next table. It’s times like these I envy the lives of digital doubles.

Which begs the question, what is so special about VIEW? What separates VIEW from other conferences? What’s in festival organizer Dr. Maria Elena Gutierrez’s secret programming sauce? Well, her recipe is quite simple. VIEW is special because VIEW is about people. Who like to share. Creative people. Tremendously talented creative people. Uniquely talented creative people, who for a scant few days, away from their labs, film sets, executive suites, classrooms and virtual cameras, choose to stand in front of an intimate audience of their peers and talk candidly about their own work, their passion, what motivates them to create, and how they uniquely harness their imagination, pencil, stylus or mouse in hand, and make extraordinary visual magic.

We know there’s an absurd amount of science involved in much of what they do. Algorithms…lots of algorithms.  But all the GPUs, CPUs and render cores in the world are useless without creative minds to nudge, cajole and caress those speedy electrons into something special. Then, and only then, can that hodge-podge of silicon-based gear generate something truly amazing. And, no matter how many movies I see, VFX sequences I cycle through, or strange VR worlds I visit before succumbing to vertigo, I never take the artists behind the work for granted. I understand and appreciate that the easier it looks, the harder it is to make it look easy. And so does Maria Elena. Speaking of old friends and familiar faces, someone who truly classes up the joint, Oscar-winning PDI co-founder, former Electronic Arts senior vice president and VIEW veteran Glenn Entis is back this year. For Entis, coming to VIEW is always something special. “One of the things I love about VIEW is there is a chance to really meet people that’s unlike any other conference I’ve been to,” he shares. One of the most gracious and “nice” people you’ll ever meet, one who humbly brushes off the well-deserved label of “pioneer” like it’s a lapful of cat hair, Entis has spent a career helping artists produce ground-breaking work across the entertainment world. Devoting more recent years to venture capital support for tech startups, he will share some of his vast experience next week in two presentations aimed at game developers: Learn to Deliver a Perfect Business Pitch with Some of the Best Game Venture Capitalists and Learn to Make a Business Pitch. If you get a chance to meet him, ask him about his coin collection. Another VIEW veteran, ILM’s Glen McIntosh, the animation supervisor on the two most recent Jurassic franchise films, is back again, this year with two separate talks about dinosaurs – lots of dinosaurs. Angry, hungry, sharp-toothed dinosaurs. A detailed and thoroughly engaging speaker, McIntosh comes to VIEW in part because it’s important for him to share his creative sandbox with others who aspire to join him there one day. “You’re nurturing the filmmakers of tomorrow and the future of film,” he explains. “It’s important that the speakers come and spread their knowledge and exchange ideas, which is so valuable for me.” I fondly remember clips he showed a few years back of his team, heads adorned with bulbous velociraptor masks, bobbing and prancing about a mocap stage as they tried to record performances to use for “Blue” and her fellow pack members in Jurassic World. They may be artist geniuses, but actors…not so much.

McIntosh is joined this year by one of our industry’s true legends, 9-time Oscar-winner and ILM icon Dennis Muren. I’m looking forward to meeting him, hoping I can muster up some witty banter and a few questions he hasn’t been asked 1000 times before, knowing I will probably fail. Fingers crossed I don’t use the words “cool” or “awesome” more than five times in any one sentence. I hope he’s gentle with me. I’m also looking forward to meeting Nora Twomey, whose Oscar-nominated feature, The Breadwinner, was as beautiful as it was impactful. Her deft and non-gratuitous handling of extremely emotional and uncomfortable subject matter should be taught in all film schools. And of course, there’s John Gaeta. He did The Matrix. Nuff said. It’s hard to single out particular talks within VIEW’s expansive program, but it will be particularly nice to meet up again with folks like ILM’s Rob Bredow, Google’s Jan Pinkava, DNEG’s Troy Saliba, Weta’s Matt Aitken, Imageworks’ Mike Ford and Paramount’s Mireille Soria, among others, people I’ve known for many years and get a chance to see every now and again when our paths cross. Getting a chance to share a meal or glass of wine with them, as well as hear them talk about their latest projects, makes the week that much more worthwhile.

Industry recruiting, especially at international events, seems on the upswing, and the conference is always a great place to scout for talent, as well as make direct contact with studios on the hunt for artists.  Pixomondo SVP of development Henrik Fett, a previous VIEW presenter and frequent attendee, one whom I’ll admit I’ve shared a few adult beverages with over the years, will be on hand with his eye out for that talent. According to Fett, “I’m looking forward to meeting up with many of my colleagues, to learn about new developments and achievements, as well as meeting the next generation of artists, see what motivates and drives them, and learn about the type projects they hope to work on.” With regards to his long-time participation at VIEW, he adds, “VIEW has established itself as a ‘not to miss’ event on the annual calendar of all thing animation and visual effects. Maria Elena Gutierrez and her team constantly gather the who’s who of our industry and provide them with a platform to give insight into important and relevant topics.”

The VIEW Conference has new digs this year, moving to the Officine Grandi Piparazioni, or OGR, on the site of a 190,000 square meter former railroad vehicle repair complex that first opened in 1895. Damaged in war, finally abandoned in 1992 and destined for the wrecking ball, the facility was eventually spared, and after a three-year, 100 million Euro renovation by Fondazione CRT, the “cathedral” of Turin’s industrial history was reborn. The new 20,000 square meter multi-purpose Innovation Hub and Arts Center is home to an ongoing schedule of concerts, exhibitions and performances, and promises a more spacious and inviting home for the ever-expanding VIEW program.

With just a handful of hours left before I fly, it’s time to charge up the laptop, track down my tacky wool scarf and pack up the Kind Bars. As always, for me, the VIEW always looks great. Bookseller Dave, keep that spot at the bar warm for me, I’m on my way! Registration for the conference is still open.