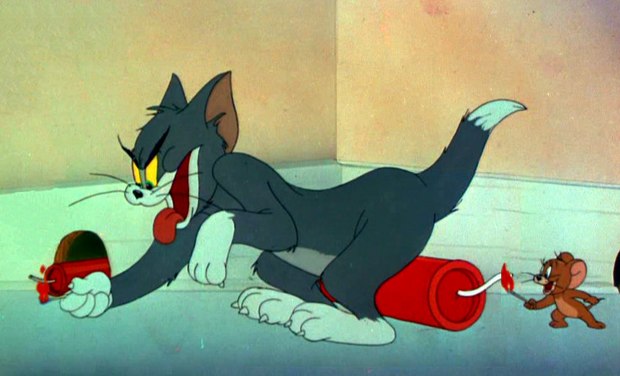 According to Ambassador Salah Abdel Sadek, the head of Egypt’s Information Service (SIS), the rise of extremism in the Middle East falls squarely on the shoulders of video games, ‘violent’ movies and ‘Tom and Jerry’ kid’s cartoons. Not necessarily in that order. Addressing an audience at Cairo University, Salah Abdel Sadek said that ‘Tom and Jerry’ reinforces the idea that violence is funny:

“[Tom and Jerry] portrays the violence in a funny manner and sends the message that, yes, I can hit him…and I can blow him up with explosives. It becomes set in [the viewer’s] mind that this is natural.”

As reported in English on the Egyptian Streets media company website, The Ambassador went on to say that young men are happy spending hours playing video games, ‘killing and spilling blood,’ and when they are pushed towards violence by social pressure, they consider it normal and understandable.

Though much continues to be written and fiercely debated about how violent in games, TV shows and films impacts children and young adults, it’s hard to imagine anyone mistaking a stick of cartoon dynamite for an explosive vest.

‘My Dad the Bounty Hunter’: Representation Beneath the Skin
The Massive Creative Fellowship Behind ‘The Lord of the Rings: The Rings of Power’
‘The Dragon Prince’ Director Villads Spangsberg Talks Toonlines and Tough Challenges
Laurence Fishburne and Steve Loter Talk ‘Marvel’s Moon Girl and Devil Dinosaur’
Taking an Old-School VFX Approach in ‘All Quiet on the Western Front’
‘Natural Habitat Shorts’: Like ‘Ranger Rick,’ But for Adults
Framestore Sets Sail on ‘1899’ with New Virtual Production Tools
VFX is the ‘Thing’ for Tom Turnbull on Tim Burton’s ‘Wednesday’
END_OF_DOCUMENT_TOKEN_TO_BE_REPLACED