THEE WRECKERS SEND OFF ONE OF THEIR OWN IN STYLE

On 7 March 2019 noted Dutch filmmaker, artist, and musician Rosto left this planet much too soon at the age of 50.  On 8 April, the three remaining members of Thee Wreckers Band, Wrecker Folley, Wrecker Wally, and Wrecker Rooney, gathered at the Eye Film Institute in Amsterdam along with Rosto’s many friends and admirers to celebrate his life and work which were intertwined. 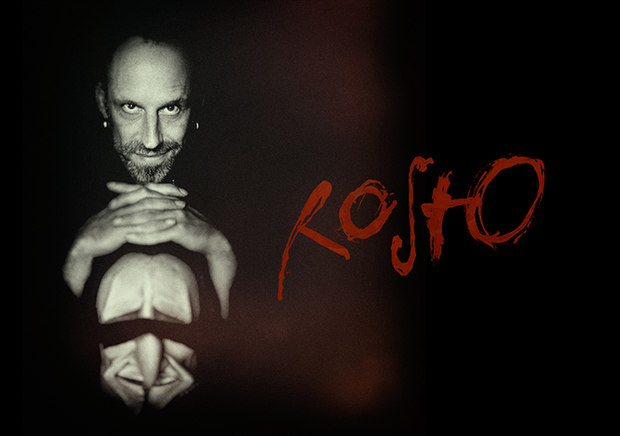 On 7 March 2019 noted Dutch filmmaker, artist, and musician Rosto left this planet much too soon at the age of 50.  On 8 April, the three remaining members of Thee Wreckers Band, Wrecker Folley, Wrecker Wally, and Wrecker Rooney, gathered at the Eye Film Institute in Amsterdam along with Rosto’s many friends and admirers to celebrate his life and work which were intertwined.

The Wreckers began in 1993 “when the noisy outfit of young misfits started playing cover versions of their favorite songs”, according to the group’s website.  As happens with bands, The Wreckers never officially broke up but they lost the lure of the road and pop music fame.

In 1995 Rosto came up with the first series of songs following a loose, intuitive concept about landscapes and crossroads.  The songs inspired his serial multi-media online graphic novel Mind My Gap which he published from 1998 to 2014.  The stories went on to become their own short film trilogy which included Jona/Tomberry which won the Grand Prix Canal + at Cannes in 2005.  The re-born (Thee One, Thee Only)  Thee Wreckers Band transformed into being part of Rosto’s music/film projects with W. Wally singing, W. Folly on drums and percussion, W. Rooney playing electric and acoustic bass, and W. Rosto on guitars, keyboard, and singing backup vocals.

As part of the 8 April tribute, Thee Wreckers Tetralogy was screened.  The 4 short films are each based on a song performed by the group.  The 2008 six minute No Place Like Home is about keeping a dream alive.  It was followed in 2012 by the 10-minute Lonely Bones, a hallucinogenic film about dreams and sacrifices.  In 2015 Splintertime was released.  In the 11-minute film, a band of dreamy spirits in an ambulance come to the end and run out of road.

The final film of the Tetralogy, Reruns, was released last year.  The 14-minute trip through a sunken maze of memories and dreams won the International Grand Prix at the 2019 Anima Brussels International Animation Festival.  The festival’s closing night ceremony was also dedicated to Rosto.

The tribute concluded with a screening of Everything is Different, Nothing Has Changed.  The 20-minute behind-the-scenes documentary about the band, the music, and the films was made by Rob Gradisen and Joao Costa.  In it, Rosto talks about his amazing journey through life, his dreams, and why it took him 10 years to complete Thee Wreckers Tetralogy.

Rosto was a filmmaker, artist, director, writer, producer, illustrator, designer, actor, and animator whose driving force was music.  I loved all of his films but if I had to pick just one it would be his 30-minute animated musical The Monster of Nix.  The 2011 film about Willy, a troubled boy, who fights the destructive force of an all-devouring monster in the village of Nix is a fairytale for all ages.  The film took 6 years to produce and featured collaborations with The Metropole Orchestra, The Residents, Terry Gilliam, and Tom Waits.

Rosto may be gone but his films to remind us of him.  As I raised a glass of red wine to him at the memorial I thought of all the pleasure his films have given me and how much I will miss a very gentle, sweet friend.

Rosto is survived by his wife Suzi Templeton, his son Max, and daughter Rosie.

Tags
People
More From Sprockets:
Next Post
Call for Entries for the 10th Edition of the Festival of Anibar Closes April 30Previous Post
Animafest Zagreb to Collaborate with the Cineuropa Training Programme GoCritic!
Sprockets
Authored by:
Nancy Denney-Phelps

An Interview with Priit Pärn
‘Baymax!’ Provides an Rx for Humor and Compassion
How Digital Domain Brought Photoreal Characters to Life in ‘The Quarry’
SCAD GamingFest: Building Shared Story Experiences with Diverse Character Design
Mission Critical: ‘Lightyear’s Journey to Infinity and Beyond
Putting the Fun in Dysfunction: The Non-Humanistic Therapy of ‘HouseBroken’
‘The Freak Brothers’: This is Your Humor on Drugs
END_OF_DOCUMENT_TOKEN_TO_BE_REPLACED