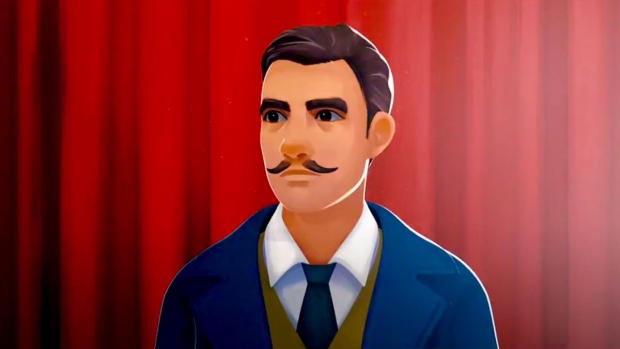 When my non-industry friends learn that I develop independent content for a living, they think it’s cool. It is, as long as you don’t mind a decade blowing by from initial concept to final film.

Ten years ago, my partners and I at Magic Dumpling Entertainment began brainstorming an animated feature film on the unlikely subject of Dr. Sun Yat-sen: the Chinese physician, philosopher and politician who was instrumental in overthrowing the Qing dynasty and briefly served as provisional first president of the Republic of China (before things got really interesting). Sun Yat-sen is a remarkable historical figure for many reasons - not the least of which is that he is widely admired in mainland China, Taiwan and around the world. The perfect candidate for an animated feature film that Chinese investors can enthusiastically sponsor and Chinese audiences can unanimously root for... right? So we thought. Our initial take on the feature was under the working title of “11.” As the title suggests, the film was divided into 11 segments - each highlighting one of the 11 uprisings which finally succeeded with the Xinhai Revolution of 1911. This conceptual framework gave way to a more conventional storyline reframing key historical figures as a team of “superheroes” - including the Eight-Fingered General, the Bomb King, and Falling Leaf. This fresh take caught the attention of supporters in mainland China and Taiwan, resulting in a good deal of press around the official project announcement of Dr. Sun in the spring of 2011. From there, things went sideways pretty quickly. Stakeholder squabbles and financial struggles put the project on the rocks. It seemed as though there were as many different opinions about Dr. Sun as there were people involved. Far from being a subject that all Chinese could agree upon, Dr. Sun Yat-sen turned out to be the eye of a philosophical and political storm that everyone wished to control but few wanted to support.

With Dr. Sun at a creative and financial impasse (and the Walt Disney Company knocking on Magic Dumpling’s door to spearhead their 2012 China Local Content initiative), we opted out of the project - transferring the rights of our development work to production partners WellSun Media in Taipei.

Years went by with little or no information on Dr. Sun. Occasionally, we would hear that an old partner had dropped out, or that a new one had signed on. In a bemusing case of art imitating life, Dr. Sun was still limping along, funded by a few die-hard investors and a lot of private mortgaging.

To their credit, the folks at WellSun Media finally got it done, 10 years after it all began. Dr. Sun was not only in the can, but had obtained the required seal of approval from China’s State Adminstration of Press, Publication, Radio, Film & Television: worse for wear after the required cuts, but cleared for mainland distribution via China Film Group. And then, Dr. Sun was nominated for Best Animated Feature at Taiwan’s 57th Golden Horse Awards. Great news, until presumptions on either side of the Taiwan Strait saw Dr. Sun regarded with suspicion in both mainland China and Taiwan - for completely opposite political reasons - by people who hadn’t even seen the film. So much for Sun Yat-sen as “the hero who all Chinese can agree upon.”

I saw the finished film for myself during a Golden Horse Awards preview screening a few weeks ago, and enjoyed it very much. Dr. Sun was clearly produced on the cheap, but smart visual choices were made, the story held up, and the characterizations resonated. In my mind, the Golden Horse nomination for Best Animated Feature was well-deserved. In a world of four-quadrant family entertainment wannabes, how many people have the vision and the nerve to make an animated film about a revolutionary historical figure? Believing that the film will surprise a lot of people, and seeing evidence of this firsthand from prospective distributors who admired what they saw onscreen (one called it “a small film which should make a big wave”), I recorded the following statement for WellSun Media as part of their EPK:

“Dr. Sun is a film about the humanity and the heroism of Dr. Sun Yat-sen. And I think that when people see the film for themselves, they’ll realize that it’s inspirational, not controversial.” - Kevin Geiger My Dr. Sun creative partner, Wen Feng and I had a good time at the 57th Golden Horse Awards in Taipei this past weekend. We were very proud to see Dr. Sun nominated for Best Animated Feature, and it brought a sense of closure. As expected, the award for Best Animated Feature went to Taiwan film industry favorite City of Lost Things. But it took Sun Yat-sen 11 attempts at revolution before he was successful, so losing one Golden Horse pales in comparison. Congratulations to everyone who worked so hard to get both films across the finish line. Seeing the City of Lost Things director and producer - each a famous Taiwan live-action veteran - brought to tears over their own ten year struggle to get an independent animated film made, affirmed the unique challenge of the art form. I can relate.

Taking an Old-School VFX Approach in ‘All Quiet on the Western Front’
‘Natural Habitat Shorts’: Like ‘Ranger Rick,’ But for Adults
Framestore Sets Sail on ‘1899’ with New Virtual Production Tools
Animated Characters: The Art of Babbitt – Part 1
Bruce Smith and Ralph Farquhar Talk ‘The Proud Family: Louder and Prouder’ Season 2
VFX is the ‘Thing’ for Tom Turnbull on Tim Burton’s ‘Wednesday’
We Need to Chat
F is for Flake: The (Not So) Great Animation Robbery?
END_OF_DOCUMENT_TOKEN_TO_BE_REPLACED