Ongoing series of short animated films created by kids is aimed at giving voices to those targeted by discrimination; crowdfunding effort for ‘From Homeless to Hopeful’ documentary short now underway. 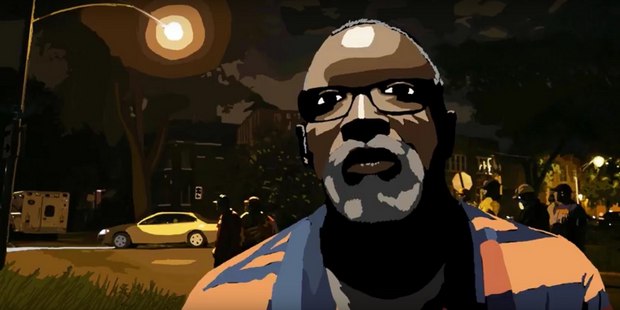 Pennsylvania animator John Serpentelli, founder of the now-defunct Animation Stewdio, has been conducting a series of animation workshops for kids that allows students to work collaboratively to make films that examines how people treat others who are different.

The project, entitled “Just Do Unto Others,” utilizes scripts written by the students as well as three different animation techniques. One of the films, From Homeless to Hopeful, uses a combination of live-action documentary with animation, and will be produced by the students at Serpentelli’s summer classes. The focus is on non-profits and programs that enable homeless people to take an active role in helping themselves work towards a better life. Homeless people are being interviewed about how they became homeless and what they are now doing to start over. The film follows the life stories of three vendors from the One Step Away program -- a street newspaper in Philadelphia that is “aimed at raising awareness of homelessness and providing employment to those in need.”

Serpentelli has directed more than 100 films, collaborating with children for networks such as Nickelodeon, HBO and Sesame Street. His films have received numerous awards including the Blockbuster Award in the NY Expo of Short Films and a Most Creative Award from the American Motion Picture Society.

Serpentelli has led two animation workshops for kids already this summer, and will be leading more summer animation classes for kids at The Crefeld School in Chestnut Hill, PA from July 25 to August 5. About 30 would-be filmmakers have signed up for the classes.

The effort is supported in part by a crowdfunding initiative launched on Indiegogo that has raised $1,645 from 42 backers towards a goal of $4,200. Learn more about the project here.

Source: Just Do Unto Others

Taking an Old-School VFX Approach in ‘All Quiet on the Western Front’
‘Natural Habitat Shorts’: Like ‘Ranger Rick,’ But for Adults
Framestore Sets Sail on ‘1899’ with New Virtual Production Tools
Animated Characters: The Art of Babbitt – Part 1
Bruce Smith and Ralph Farquhar Talk ‘The Proud Family: Louder and Prouder’ Season 2
VFX is the ‘Thing’ for Tom Turnbull on Tim Burton’s ‘Wednesday’
We Need to Chat
F is for Flake: The (Not So) Great Animation Robbery?
END_OF_DOCUMENT_TOKEN_TO_BE_REPLACED