It’s the end of the world as we know it... but I have quota. 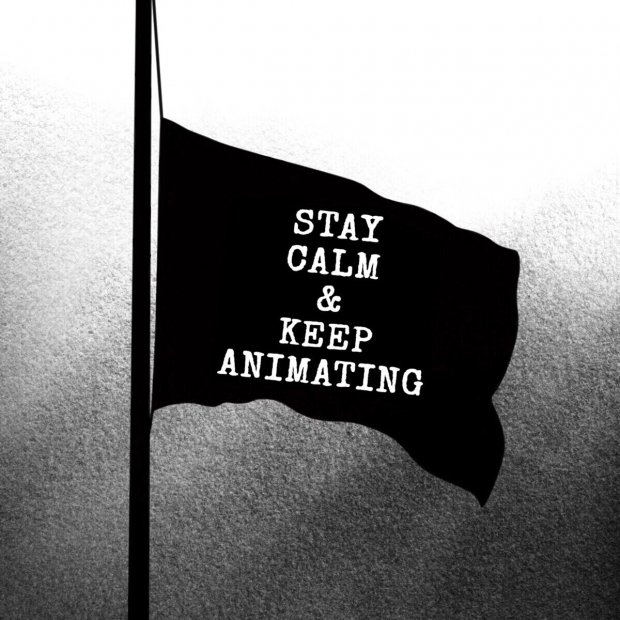 In my previous piece, “The New Normal,” I posed the question (which really wasn’t a question) about whether the USA’s contributions to the coronavirus outbreak would track along the lines of South Korea (flattening the curve) or of Italy (off the chain). The answer came on March 27th as the USA attained a grim milestone: leapfrogging over Italy to top the COVID-19 charts in confirmed cases. (To Donald Trump’s credit, he always promised to make America #1 again.)

China responded preemptively with a ban on foreigners entering the country - including those like myself with valid visas (I’ve never had so many people forward the same piece of news to me in my entire life) - and irregular restrictions on foreigners currently in China. My wife, kids and I have been living out of a suitcase in Taipei since January 8th, and were debating when to return to our apartment in Beijing, so the entry ban ironically removed one item from the “decision fatigue” pile (thanks, China). At the same time, I received a nice inquiry from the Beijing Municipal Government, noting that they had not forgotten their Great Wall Friendship Award-winning friends, and asking if they could ship some PPE to our flat in Beijing’s Chaoyang District (thanks guys, but hold that thought). Meanwhile, Taiwan granted an automatic 30-day extension to everyone here on a visa or a visa-exemption, so I fortunately won’t have to spend April as an illegal alien. We’ll see what happens in May (come what may).

Back to business, while the USA seems determined to fumble its response to the coronavirus outbreak, Hollywood has risen to the challenge - especially across the animation field. There could be a zombie apocalypse, but when there’s quota to meet, line producers and production managers pick up a shovel and go for the head. Most of the major animation studios note that they are not only functioning, but also hiring. Previous norms have been jettisoned as creatives who were once admonished (and even disciplined) for taking work home are now having equipment rushed to their abodes special delivery. WildBrain alone (Toronto-based, but very much a part of Hollywood) prepped, packed and shipped over 700 workstations to house-bound employees in short order (now there’s a team to put in charge of ventilator fulfillment). Granted, there are challenges collaborating with colleagues and uploading files once those workstations are received and installed, but animation artists are stepping up.

My friend Jorge Gutierrez - already an animation hero many times over - continues to set the example for those artists and directors who whined that they can’t work from home (way back a couple weeks ago, when it seemed optional)... by working from home as he directs Maya and the Three for Netflix. Jorge knows a First World Problem when he sees one. Of course, there are those who can’t adapt as flexibly - especially performers whose work involves close contact with colleagues and with audiences. I received numerous messages from actors, musicians, dancers, comedians and others who appreciated this observation in “The New Normal” and shared their personal stories with me. My own brother Gary, founder & artistic director of the Evanston Children’s Choir, is one of those who has had his professional world upended - suspending the choir indefinitely as he attempts to continue private piano lessons via FaceTime.

Others who can’t work from home include the thousands of folks involved with location-based entertainment, from Disneyland to Dave & Buster’s. It remains to be seen when and how crowd-fueled LBE will get back on its feet. The situation is unprecedented, as the global coronavirus pandemic undermines the core business of so many entertainment companies at the same time. All around the world, theme parks and multiplexes are closing, stage shows and concerts are being scuttled. As performance and production grind to a halt, the workers who comprise this global gig economy take the frontline fall.

Support groups and seminars have emerged, ranging from the altruistic to the opportunistic, but let’s face it: nobody really knows where things are headed, with the arc of our industry or the landscapes of our lives. The safe bet is that we’re all in for a bumpy ride to an unknown destination.

Some people maintain that everything will magically return to “normal” once a vaccine is available, but that’s wishful thinking. Even after a vaccine, there will be a New Normal. Social distancing and reduced travel will be part of it, as will increased restrictions on general freedom of movement. Nations will eventually allow foreigners to enter their borders again, but most likely with authenticated medical clearance and documentation, combined with testing and quarantine upon arrival - just like your pets. Within countries, there will be increased scrutiny of regional/interstate travel and public mobility (China has already gone full-bore BLACK MIRROR). And at the neighborhood level, a simple dinner invitation or extended hand will never be regarded so simply again. Heading into my fourth month of coronavirus exile as infections run rampant around the world, I’ll refrain from offering any pointless predictions on when this will be “over,” but I will offer a piece of general advice. As someone who’s lived in Los Angeles for 14 years and Beijing for 12 in an unstable world (seismic and otherwise), I understand the importance of having two plans: your “hunker down” plan, and your “grab & go” plan.

At the turn of the millennium, I had a month of water, MREs and medical supplies stored in my West L.A. home (my “hunker down”), and a three-day survival pack & a pair of roller blades in the trunk of each car (my “grab & go”) - not so much in preparation for a Y2K meltdown, but so I’d be covered whether The Big One hit while I was at home or all the way across town at Disney Animation Studio

As an international ex-pat with a family in the year 2020, my “grab & go” bags have evolved to replace MREs, crank radios and Swiss Army knives with passports, birth & marriage certificates, cash & credit cards, phones & tablets - anything that would be A Big Deal to lose. My wife and I exercised the “grab & go” plan just last week when the fire alarm blared in our building here Taipei. We grabbed the kids, our pre-packed shoulder bags, and hustled down eight flights of stairs to the street below. False alarm, but a good field test. You never know when you may find yourself a refugee - especially in the New Normal. I had a virtual barstool chat about much of the above on the latest coronavirus catch-up with my podcast pal and producing partner, Brendan Davis, a fellow Beijing-based ex-pat currently holed up in the USA (where he sometimes feels like a man from the future who has traveled back in time to a land without science). Brendan and I cover off on America’s unfortunate ascent to #1, tactical missions to Costco, adventures in overseas visa extension, “hunker down” and “grab & go” plans, and what may happen when isolation meets herd immunity. Check it out before the internet collapses under the quarantine load.

‘Natural Habitat Shorts’: Like ‘Ranger Rick,’ But for Adults
Framestore Sets Sail on ‘1899’ with New Virtual Production Tools
Animated Characters: The Art of Babbitt – Part 1
Bruce Smith and Ralph Farquhar Talk ‘The Proud Family: Louder and Prouder’ Season 2
VFX is the ‘Thing’ for Tom Turnbull on Tim Burton’s ‘Wednesday’
We Need to Chat
Choc Chip Animation Riffs on Pop Culture in ‘The Art of Murder’
F is for Flake: The (Not So) Great Animation Robbery?
END_OF_DOCUMENT_TOKEN_TO_BE_REPLACED