Darth Vader is Luke’s father, Hans is the real villain, there is no Santa. Did this ruin your life? Not really, say some cognitive scientists. 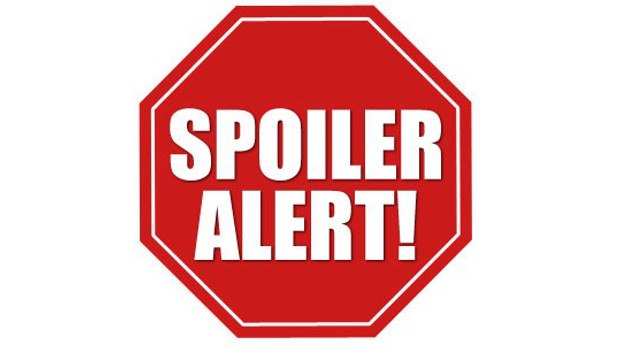 In 2011, two cognitive scientists, Jonathan D. Leavitt and Nicholas J. S. Christenfeld, found that knowing the end, twist, or whodonnit, did not necessarily ruin the reader’s pleasure. Indeed, in most cases, readers were actually more satisfied in reading the story when they knew the secret beforehand.

Certainly, many kids had already read the Harry Potter books before they saw the films. Likewise, most of us have seen films multiple times, so simply knowing the answer to “who” or “why” is not a deal-breaker.

The explanation for this counter-intuitive finding is something the scientists liken to “perceptual fluency.” This is the ease with which we process or understand something, and is associated with aesthetic pleasure. It may also mean that the more you know about one aspect of a story, the more you can focus on other parts. In fact, the authors also bring up “schema discrepancy theory,” a kind of perverse delight that the reader may experience in knowing something that the characters don’t.

There are problems with taking this study to the extreme, applying it to films, and calling out the twist in a crowded theater. First of all, the study is based on very short, short stories (between 1,381 and 4,220 words). Also, we know nothing about the personality of the subjects, or their genre preferences. Some people get more pleasure from risk and adventure, others from routine, non-threatening situations. Cognitively speaking, some people are hunters, other gatherers of information.

This begs the question, “If I’ve invested more than an hour in the fictional world, do I want to get my reward by working for it, hunting for the catch, or do I want to go the easy way and gather the catch dropped in front of me?”

Another problem is that “enjoyment” is a very vague term. Yes, the scientists show where the brain’s enjoyment/pleasure centers light up. But exactly what is being enjoyed is never directly seen in the brain.

But don’t dismiss this study. It also raises a very important question about filmmakers themselves. Do filmmakers enjoy watching films once they know not only what’s coming, but also how it’s done?

Actually, there are studies that would predict you probably enjoy films more intensely than the common audience. Neuroscience studies show that parts of experts’ brains light up when they see someone else performing an action that the experts are familiar with (http://eprints.ucl.ac.uk/3041/1/1243.pdf). These “mirror neurons” mean more of the expert’s brain – particularly motor neurons that prime and simulate physical action – are involved in processing visual information. Most interesting, the parts of the expert’s brain devoted to pleasure and emotional reward also light up with an intensity not seen in the non-expert’s brain.

From my own experience, my appreciation of the artistry of cinematic storytelling increased when I wrote two animation scripts to be storyboarded. Something about pacing and camera angles “clicked” in a way that merely watching films or reading how-to books never evoked.

Stephen L. Macknik and Susana Martinez-Conde described a similar finding. These cognitive scientists became practicing magicians in order to study the knowledge about cognition and perception that magicians use to baffle and delight their audiences.  As they (with Sandra Blakeslee) wrote in their book, “Sleights of Mind,” knowing how to do magic only increases the pleasure when both motor and visual neurons are engaged.

Indeed, they suggest, “If everybody in the world could perform one trick and perform it well, would ticket sales to [magic] shows fall? On the contrary, the more you learned, the more interesting magic would become, because you, and your brain’s motor control pathway, would empathize more deeply.”

So, for those of you who don’t want to know who the “ghosts” are in Interstellar, I’m not revealing anything. For the others, you know that it’s the way Nolan tells the tale that is stroking those pleasure neurons in your brain.

Tags
Cognitive Science
Film
Spoilers
More From Lines of Thought:
Next Post
The Myth of the Split BrainPrevious Post
Is Baymax After Your Job?
Lines of Thought
Authored by:
Janet Blatter

Taking an Old-School VFX Approach in ‘All Quiet on the Western Front’
‘Natural Habitat Shorts’: Like ‘Ranger Rick,’ But for Adults
Framestore Sets Sail on ‘1899’ with New Virtual Production Tools
Animated Characters: The Art of Babbitt – Part 1
Bruce Smith and Ralph Farquhar Talk ‘The Proud Family: Louder and Prouder’ Season 2
VFX is the ‘Thing’ for Tom Turnbull on Tim Burton’s ‘Wednesday’
We Need to Chat
F is for Flake: The (Not So) Great Animation Robbery?
END_OF_DOCUMENT_TOKEN_TO_BE_REPLACED