Some Reading for your Holiday Pleasure

It’s time to think about Christmas again and even if we can’t be with our family and loved ones, we can send them special presents

It’s time to think about Christmas again and even if we can’t be with our family and loved ones, we can send them special presents. My favorite present is always a book. Christmas came early for me this year when I received 3 very special books that would make wonderful Christmas presents for the animation enthusiast on your list (or for a present to yourself). 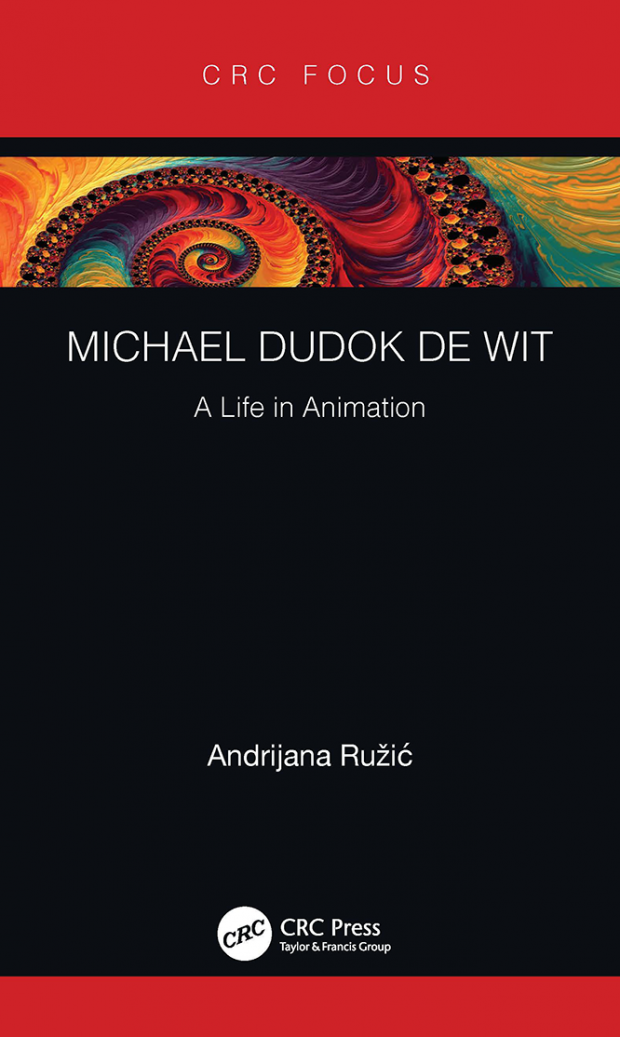 CRC Press is offering a 20% discount if you order directly from them. Michael Dudok De Wit – A Life in Animation is also available on Amazon and at all major booksellers

In her book, Andrijana Ruzic does more than just give us the facts about Michael Dudok De Wit’s life and his films. She spent time with him in his London studio and engaged in numerous email conversations with him to give the reader an opportunity to learn what still challenges and thrills him. Michael also talks about why Japanese art and haikus have had such an influence on his life as well as his animation.

Michael, a very private person, gives us a glimpse into his personal life. We learn that he grew up in a serene rural Dutch family where he says “One of my mother’s gifts was to create an ambiance of friendly elegance. She was a romantic and I was too, but of course, I had eventually to adjust to real-life”. He also talks about his passion for music and its influence on his films.

All six of his films from the 1978 eight-minute graduation film The Interview to his feature film The Red Turtle (2016) are thoroughly discussed by Michael himself as well as by Andrijana.

I found that the five appendices painted a very interesting picture of who Michael is. The first one is a glossary of Michael Dudok De Wit’s favorite themes. It is a collection of his thoughts on animation, life, and utter happiness. They range from animating commercials, shorts, and features to thoughts about his wife, Arielle Basset, and why he has never been tempted to animate dancers, even though he considers contemporary dance a huge inspiration for his creativity.

The second appendix is a list of fourteen films that have inspired him. Most telling of all though is appendix three, the Proust Questionnaire. It has its origins in a Victorian parlor game popularized, though not devised by, Marcel Proust. James Lipton closed each Inside the Actor’s Studio television interview show by asking his famous guest the 35 questions that make up the questionnaire. It is believed that in answering the questions an individual reveals his or her true nature. The book is worth the price just to read Michael’s answers and find out which question he declined to answer.

The book is rounded out with a section of collaborators, other filmmakers, and film critics talking about Michael and his work. There is also a detailed filmography that includes his work on commercials and freelancing for other films.

The epilogue by Yuri Norstein is a fitting tribute by the creator of the film that Michael credits as “the biggest and most beautiful discovery for a young filmmaker were the lyrical poetry of the film”. The film is The Heron and the Crane.

The 183-page book is fully footnoted with a comprehensive index. Andriana Ruzic has written the definitive book about Michael Dudok De Wit. Anyone who is an animator or interested in animation will find it a thoughtful and rewarding read. On Animation: The Director’s Perspective Volumes 1 and 2

I reviewed these two volumes on April 7, 2020, but I wanted t to remind everyone that they are wonderful Christmas gifts.

Have you ever wondered how the minds of the greatest feature-length animation directors work? How and when did they discover animation? What have they learned along the way that has led to their success? These and many more questions are answered by the people who know the answers, the directors themselves. On Animation:  The Directors Perspective features face-to-face interviews by Bill Kroyer and Tom Sito with such prominent directors as Nick Park, Pete Doctor, Brad Bird and Brenda Chapman as well as many, many more.

You can read the full review on this blog at the April date, but I wanted to remind everyone of what lovely gifts these books can be.