A Rampage of Characters and Chaos Inside Virgin Fiber 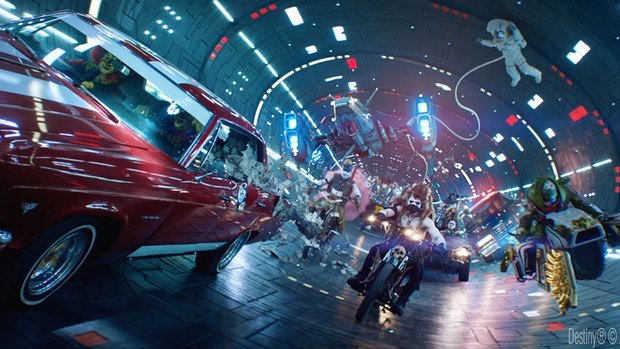 Turns out life inside a Virgin Media fiber optic connection is not only fast, it's also just one giant rampaging extravaganza of characters and chaos.

Mill Lead 3D Artist Adam Droy: “Taking frames from the storyboard, we were able to compose many of the 3D assets prior to the shoot. This helped massively with timings and the placement of shots that involved extensive CG work.

“We also replicated many of the cast in 3D to add more drama and excitement to the piece. These included photo-real digital doubles of people, cars and motorbikes.

“We also created brand new characters such as an oversized robot, futuristic space racers and an astronaut, to name a few.

“We also recreated the physical tunnel from the shoot entirely in CG. This meant we had to match the texture and feel of the tunnel’s material as well as the position of the thousands of lights within it, hand-placing 4,000 in the tunnel to ensure the highest level of accuracy.”

See more from Stash on www.stashmedia.tv