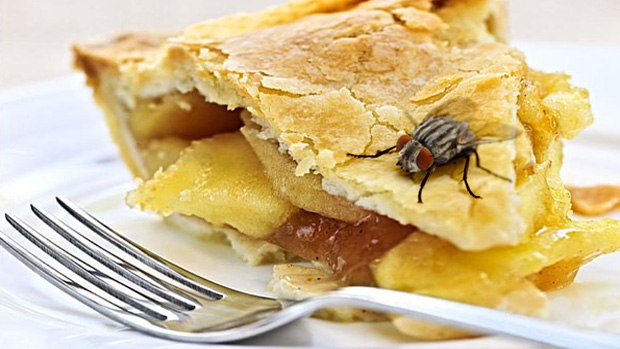 A short story by Jeffrey Scott

It was 3:25 AM when my big rig crunched into the wet gravel parking lot of Hy’s Truck Stop just south of Buffalo, off the New York State Throughway. I couldn’t wait to stretch my legs and get out of the storm. Hy’s was open 24 hours, which was good if you had to take a leak after a 300 mile non-stop from Schenectady (which I did), but bad if you were hungry (which I was). Hy had a reputation that stretched like an acid rain cloud, from Pennsylvania to Ottawa, for being the worst short order cook to ever choke a trucker. There are only three reasons Hy stays in business: first is the size of his parking lot, and two and three stare at you every time his waitress leans over the counter to top off your coffee.
Priscilla was pouring another round for two wide-eyed young marines when I entered to the din of Frank Sinatra’s New York, New York on the jukebox. Hy was behind the counter, his eyes following a fly as it circled over the apple pie, procrastinating about where to land. He wore a sailor cap like Gilligan, white t-shirt, white pants, and a dishtowel tucked into his belt that hung before him like the bloodied loin cloth of some prehistoric Neanderthal. He watched as the fly landed on the pie and unrolled its little tongue to have a late night snack. One lick and it took off in a shot, headed straight for the window, banged its head on the glass a few times before it found an opening and disappeared.
“See,” said Hy, pointing past me at the departing insect, “some of my customers fly into town just to eat my cooking.”
I took a seat at the empty counter and checked the menu, trying to recall what gave me the least heartburn.
“I’ll have a hot turkey sandwich,” I guessed. “And a cup of coffee.”
“Best thing on the menu,” responded Hy, making me feel even less certain about my choice.
As he took out two slices of Wonder Bread and went to work I spotted a used newspaper on the seat beside me. I folded it into a semblance of order and checked the front page. The headline wasn’t exactly dinner reading.

“You ever get any Iranians in here?” I asked.
“Nope,” said Hy as he took an ice cream scoop and made a triple dip of mashed potatoes.
“Too bad,” I mumbled, checking out some of the lesser headlines.

‘The Legend of Vox Machina’: A Dream Project Made by Loyal Fans and Long-Time Friends
A One-Eyed Weasel and a Couple of Possums Walk into a Dino Den…
Method Studios Walks Us Through History for ‘Eternals’ End Credits
‘Dune’: The Inner Workings of Ornithopters, Sand Worms, and Creative Moviemaking
Re-VIEW: ‘Encanto’ - Seeking Beauty in Truth
WetaFX Delivers a Monstrous 3rd Act for ‘Shang-Chi and the Legend of the Ten Rings’
‘The Spine of Night’: Redefining Fantasy and Animated Filmmaking
Plague Diversions: Gazing at the Shortlist for the Best Animated Short Oscar
END_OF_DOCUMENT_TOKEN_TO_BE_REPLACED