Our Next 4 Years: Oscar and Emmy-Winning Animators Help Change the Discussion with Animated PSAs 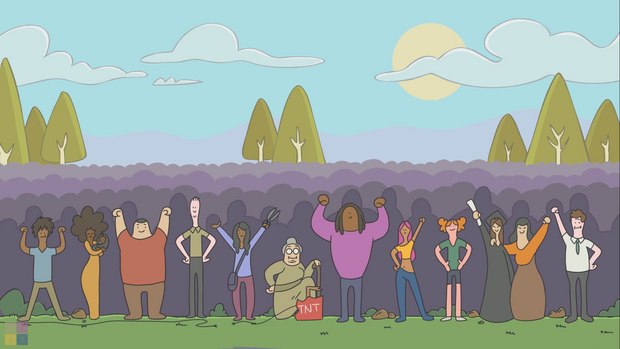 While Our Next 4 Years is not affiliated with any particular company, the group’s members have worked at Disney, DreamWorks, Cartoon Network and Nickelodeon, along with many other studios, big and small, and includes Oscar, Emmy, Annie, and Humanitas Award winners and nominees. Utilizing the skills of its members to communicate the concerns of a population both worried and energized by the recent election, Our Next 4 Years will showcase outstanding animation with the goal of fostering informed discussion.

Future PSAs are in production on such topics as immigration, climate change, privacy protection, and other constitutional issues. The PSAs will vary in style but the approach will be to remain positive, stick to the facts, and move people to action. It is a mission that is personal to group co-founder Mike Blum, an Emmy-nominated director, writer, and producer best known for Fifi:Cat Therapist, who says, “I’ve never been a particularly political person. In fact, until last fall, the most political thing I’d ever done was vote. But the election really changed my mindset and I realized I needed to do something to help. It was only after reading an impassioned Facebook post by my animation supervisor, Ramiro Olmos, about the role animation could play in creating change that I knew I needed to use my organizational and professional skills to counter what I fear could be a rollback of seventy years of progressive gains.”

Critical to the mission of the project is partnering with organizations that can help the group set priorities, focus its messaging, stay current on facts, and work to distribute the PSAs as widely as possible. Currently the group is affiliated with Action Group Network, brainchild of House of Cards creator Beau Willimon, which is a nationwide network of action groups dedicated to moving the United States progressively forward in the wake of a divisive election, and RISE Stronger, which engages, educates, and empowers citizens to become active participants in democracy by merging policy expertise with grassroots energy.

According to RISE Stronger founder and former White House National Security Council staffer Andy Kim, “RISE Stronger’s partnership with Our Next 4 Years brings together a wide network of policy experts with talented animators and storytellers to find new creative ways  to educate, inform, and mobilize the American people on pressing issues facing our nation. This is the exact type of innovative and cross-cutting initiative that is needed to foster dialogue and action during this time of political uncertainty and concern. We hope people across the country will watch these videos, share them, and be inspired to act.”

More information and volunteer opportunities can be found at ournext4years.org, or visit the group on Facebook at facebook.com/ournext4years/ and Twitter at twitter.com/OurNext4Years.