The norm lavishes in opulence and tranquility, making it difficult to willingly seek out challenging creative endeavors. 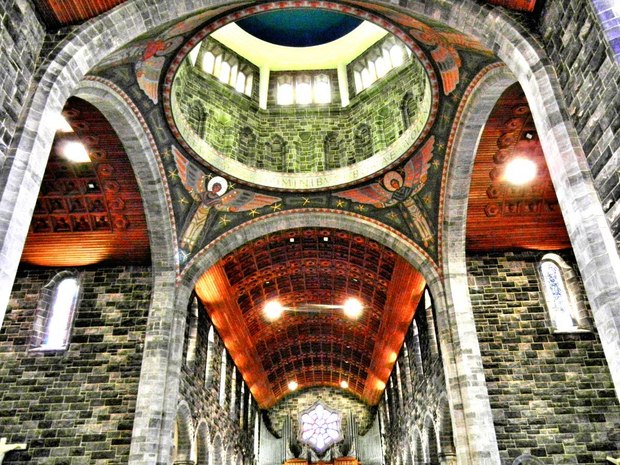 In fact, it is so dull, pacifying, lulling, stupefying, stagnating to someone’s mind, creativity, original thinking and perspective on reality at large, that it can become highly dangerous, even potentially fatal to our ability to make a difference by challenging the “status quo,” the very heavenly sanctuary and retreat within which norm lavishes in unsurpassed opulence and tranquility, which so many of us find so irresistible as to willingly seek it out and then submissively succumb to its deadly might.

In my own journey through life, I was fortunate to grow up as a child of plentiful comfort and predictable future. But then, totally unexpectedly, all this stability dissipated away and suddenly my life derailed from the predictable and anticipated path of norm. This happened not just once, but numerous times since. In fact, it happened so often that it makes me believe that the resulting instability is the very way I was destined to travel. That in turn caused me to anticipate the un-expectable and learn to adapt no matter what startling obstacles unfolded or unexpectedly emerged in my passageway through this reality of mine. Its not for everybody, but for me it caused me to remain aware, focused, observant, open-minded, adoptable and prepared for the unanticipated.

Over the years, I found myself driven to discover as many facets of the world’s reality as possible. Thus, I journey through it like a nomad, a proverbial Wandering Jew, and I do not mean a flower. In fact, I am not too shy to admit that at times it stinks. Yet, as wiser men than I have repeatedly said, “Every coin has two sides,” or “Every stick has two ends.” So I understood that without black there would be no white, without contrasts life becomes monotonous, stultifying and lackluster.

Exciting discoveries and challenging encounters around the world, of contrast and contradiction, opened my eyes while expanding my mind. Gut wrenching disappointments and multifaceted losses caused me to seek out outlets for not merely sharing my experiences and resulting feelings with others -- writing this blog, and many others before it, have not just enabled me to express myself but proved to be soothing and healing while enormously satisfying, not always but most often...

With every passing year my artwork is becoming more and more essential, in fact indispensable, to my ability to reflect on, distill and eventually creatively express my doubts, hopes, aspirations, ideas, visions, pains, disappointments, internal dramas and turmoils, for there have been many.

Over the recent years, my unrelenting pursuit for imaginative and distinctive means of expression has unexpectedly turned me on to photography. Considering its visually realistic character I found myself surprised by this choice. Challenged by my desire to overcome its realistic qualities, while wishing to take advantage of its inescapable truism, such resulting precisely from its very realism, I persisted in exploring it further. I became determined to seek out a way for turning it against its realism and instead use it to express my inner emotions, thoughts, pains, reflections and myself.

Thus, in striving to shift from photography as a reflection of realism, trees, which I biked by daily, simply as objects by the side of the road, one day became characters reaching out to me in their desire for connection. Unexpectedly, it felt to me as if they were sharing with me their inner feelings, relationships and even traumas, none of it much different from our own. Or maybe, they became an emotional mirror of my inner self? No matter which, this became a revelation to me.

By the simple deed of my stopping to look deeply and intensely at them, they appeared to reach back, hungry for such attention and connection. At last, after endless years, someone chose to pay attention to their seemingly mundane and indistinguishable existence. And the longer I observed, the clearer and more potent the sensation of them revealing to me their inner selves became. Each photograph perceived their experience of life, captured by me simply acting as their very own extension, their messenger to the world dismissively revolving all around them. I do realize how such a claim may sound arrogant, pretentious, even potentially insane. Yet, this could not be further from the truth.

This occurrence inspired my yearning for a deeper exploration of photography, not as a reflection of what we see but what we feel, not an actuality as seen by our eyes but instead the inner truths.

Moreover, as a believer in what I refer to as a “gravity free and reality independent” creative process I myself embrace, and mentor in, when striving for truly original ideation and visualization, whether it applies to art, design or media, I found myself determined to apply this attitude to photography and do so without resorting to special effects, any kind of editing, manipulation or post-production. I soon realized that this is quite a challenge, given that a camera captures real images as they are, and therefore escaping this true reality, without employing one of many post-production methods.

I discovered that panoramic photography does not merely capture images of spaces as stills but in fact as movement in space as well as time. In other words, it does not seize them as a frozen still pictorial record, or a reflection of the photographer’s determined choosing, but rather as a visual progression of his evolving discerning permitted by the chosen camera motion while the image is being apprehended, from its very beginning to the very end. As a result, the camera turns into a brush with which the photographer is capable of painting his interpretation of reality in front or around him.

All this happened during my recent tour of Ireland, a world of breathtaking masterpieces created by Nature in its timeless pursuit of perfection, but also of spiritual creations erected by humans for whatever reason, motivation or objective, may they be glorification of their beliefs, or themselves.

But enough of words, after all, especially in this particular instance, when images can be so much more consequential and illustrative of the concepts and ideas I have been attempting to express above. Hence, let the ensuing photographs speak for themselves. Your reader’s reactions are welcome.

In the ensuing series of photographs, I shall begin each portrayed subject seen in an anticipated view and then follow by a more creative or imaginative approach that alters norm into disbelieve. Furthermore, to reinforce ways the latter mutates or breaks away from reality, I follow with further alternating perspectives or way of capturing the same subject, landscape, environment or space. Choc Chip Animation Riffs on Pop Culture in ‘The Art of Murder’
F is for Flake: The (Not So) Great Animation Robbery?
Re-VIEW: ‘Avatar: The Way of Water’ – A Miraculous Vision
‘Kung Fu Panda: The Dragon Knight’ Celebrates a Special Lunar New Year
END_OF_DOCUMENT_TOKEN_TO_BE_REPLACED