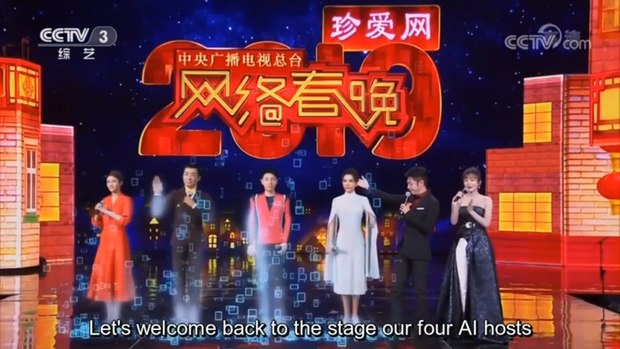 Hot on the unveiling of the world’s first AI news anchor last November by China’s state-run Xinhua News Agency, the world’s first AI TV hosts will preside over the 2019 China Central Television (CCTV) New Year’s Gala. On February 5th, an audience of more than one billion people will watch the gala’s well-known human hosts - Beining Sa, Xun Zhu, Bo Gao and Yang Long  - smile bravely as they are joined by their AI replicants (who don’t age, get tired, make salary demands or go off script). China’s AI hosts are related to the nascent trend in virtual beings exemplified by Oculus Story Studios spin-off startup Fable, and their recent pivot from VR-centric to AI-based entertainment experiences. In contrast to China’s vanguard of harmonious AI hosts, or the recent wave of AI “servant savants” such as Amazon’s Alexa, Fable’s virtual beings are designed to function as relatable AI characters, friends even - with distinct appearances, voices, mannerisms, memories, purposes and “aspirations.” In fact, Fable founder & CEO Edward Saatchi regards AI as the next great arts & entertainment medium, with teams of artists and immersive storytellers working in concert with neural network researchers and machine learning engineers to deliver adaptive AIs capable of entertaining (you might even say fulfilling) unscripted interactions. (As usual, look for the porn industry to run wild with the possibilities.)

The maxim “story is king” is repeated ad nauseum - usually by those with no real grasp of (or commitment to) the principle. Yet, character is the true coin of the realm. Think of the folks who tuned in to the next episode of Friends, based only on their love of Joey, Ross or Rachel... or of those who were on board for Toy Story 3 before they knew a whit about the plot, except that they love them some Woody & Buzz... or of the fanboys who will line up for anything involving Batman (even when Ben Affleck is in the house).

The promise of artificial intelligence (prior to global socio-economic-political upheaval, of course) is immersive access to lovable characters on a personal, emotional level - allowing us to interact with them as old friends... before they displace and kill us.

If you’re interested in this sort of thing (and you should be, because it will affect you), I have two recommendations: one is the book Artificial Intelligence: 101 Things You Must Know Today About Our Future by Lasse Rouhiainen; the other is the Virtual Beings Conference, which will convene this summer in San Francisco.