A Look at ‘My Year of Dicks’

Created and written by Pamela Ribon, and directed by Sara Gunnarsdóttir, the Annecy Cristal winner and Oscar-shortlisted animated short, a refreshing tale of a 15-year-old girl’s discovery of sexuality and her fearless rite of passage, is now a Staff Pick on Vimeo. 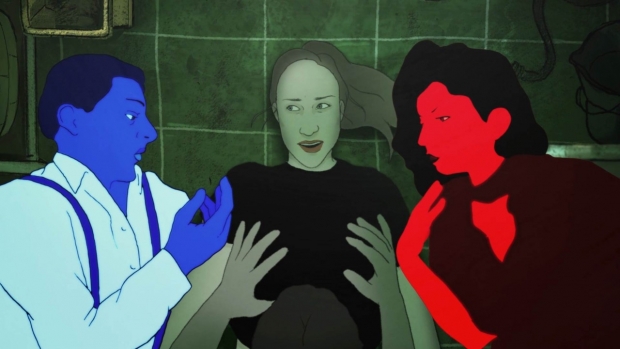 My Year of Dicks is a wildly unexpected telling of a young girl’s discovery of sexual closeness and tenderness set in early 90s America, on the outskirts Houston, Texas. From the central character’s juiced up imaginings based on TV shows and almost explicit romance books, to her own genuine sexual awakening, this film takes us on a fearless rite of passage.

Centered on a young woman’s discovery of her sexuality, this animated short film is an adaptation of writer Pamela Ribon’s book, "Notes to Boys And Other Things I Shouldn’t Share in Public." The short is refreshing and important and has already won serious awards, not to mention that it’s an official contender on the shortlist for an Oscar for Best Animated Short Film.

As quirky and original as the story itself, the animation unpacks with an effervescent energy. Director Sara Gunnarsdóttir's decision to animate the central action over live-action references freed up the inherent power of animation to express the heightened feelings of a teenager. A powerfully touching combination. And the multiple animation styles read like the wild ride of a teenager’s unpredictable growth and development, like a 15-year-olds's imagination catapulted into adulthood.

This is a brave film with a deeply personal subject. Juxtaposing what we the audience see as reality vs. what Pam, the central character, is experiencing from her perspective generates the powerful drama. We fear for her safety, we worry for the sincerity of her trust. All the while, powerful visual metaphors and 90s references invite us to reflect on our own passage. Pamela Ribon is a writer for film (Moana, Ralph Breaks the Internet), comics ("Slam!," "My Boyfriend is a Bear"), and the author of the best-selling novel "Why Girls Are Weird." Sara Gunnarsdóttir (Diary of a Teenage Girl, The Case Against Adnan Syed) is an Icelandic artist and director, and a member of the electro punk band Donna Mess. The film is produced by Jeanette Jeanenne, a Panamanian-American filmmaker based in Los Angeles. The segment animators all deserve mention as well: Josh Shaffner and Isabelle Aspin, Grace Nayoon Rhee, Amanda Bonaiuto, and Brian Smee.

Watch the film, then meet the cast and crew and learn more about technical aspects of the film in The MAKING OF ‘My Year of Dicks:'

My Year Of Dicks (2022) from Sara Gunnarsdottir on Vimeo.

The MAKING OF My Year of Dicks (For Your Consideration: Best Animated Short Film, 2022) from Pamela Ribon on Vimeo.