KFF INDUSTRY: CALL FOR PROJECTS FOR PITCHING ANIMATED IN POLAND

The deadline for submissions for participation in ANIMATED IN POLAND is 15 April. 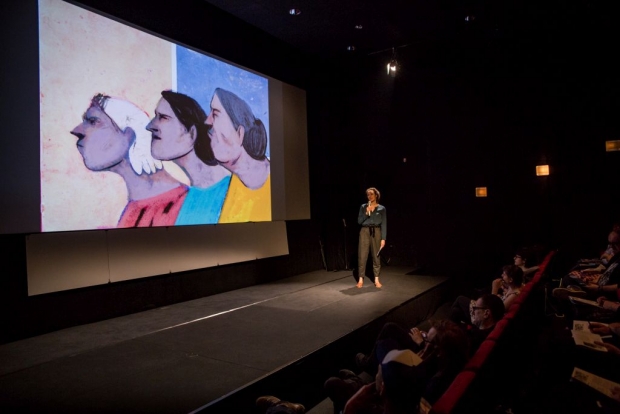 The call for projects to participate in ANIMATED IN POLAND - the pitching of Polish short animation projects in the final stages of production, which will take place as part of KFF Industry at the 61st Krakow Film Festival, has started. The deadline for submissions is 15th April.

Krakow Film Foundation, the organizer of Krakow Film Festival and KFF Industry events taking place parallel to the festival, invites you to submit your animated film projects to the Animated in Poland pitching, which is intended to present the latest animated films created in Poland. Representatives of selected projects will talk about their films and show fragments of them before they enter Polish and foreign film festivals.

Pitching is open to Polish animated film projects in the final stages of production, which will have their premieres in the next few months. The representatives of the projects selected from the submitted applications will take part in the pitching on June 1, 2021.

If you are interested in submitting a project to Animated in Poland, please fill out the application form no later than April 15, 2021.

The best projects presented during the pitching will receive prizes founded by partners Studio Sound Mind and Studio Fixafilm:

- Fixafilm studio voucher for image postproduction services to the value of PLN 10,000.

This year's KFF Industry, as last year, will be held online. Animated in Poland is a section addressed to producers and creators of animated films. Apart from pitching, which is the central event, there is also Talent Market, workshops and presentations organized for the animation industry.

Every year Animated in Poland pitching and accompanying consultations with experts are attended by international professionals associated with the animated film and short film industry - representatives of festivals, selectors of international film festivals, including the largest ones, such as Berlinale, Cannes, Sundance or Venice, representatives of film institutions, distributors and sales agents. Immediately after the pitching, there will be one-on-one meetings between the representatives of the presented projects and the professionals watching the presentations. As in previous years, before the pitching, participants will take part in a training preparing for the presentation of projects, combined with short consultations.

The 61st Krakow Film Festival will take place between 30th May and 6th June 2021. More information about the festival and accompanying industry events can be found here: https://www.krakowfilmfestival.pl/industry/kff-industry/

FuseFX Goes Otherworldly on NBC’s ‘Debris’
The Sharp, Edgy Designs of ‘Kipo and the Age of Wonderbeasts’
Crafty Apes is ‘My-T-Sharp’ in ‘Coming 2 America’
Behind the Music and Animation of ‘Doug Unplugs’
Mike Rianda Talks ‘The Mitchells vs. The Machines’
Scanline VFX Tackles the Cosmic Rewind in ‘Zack Snyder’s Justice League’
A New Post-Clone Wars Saga Begins in ‘Star Wars: The Bad Batch’
‘The Mitchells vs. The Machines’: A Scrapbook of Art, Nostalgia, and Killer Robots
END_OF_DOCUMENT_TOKEN_TO_BE_REPLACED