Nobody wants to ‘use VR.’ 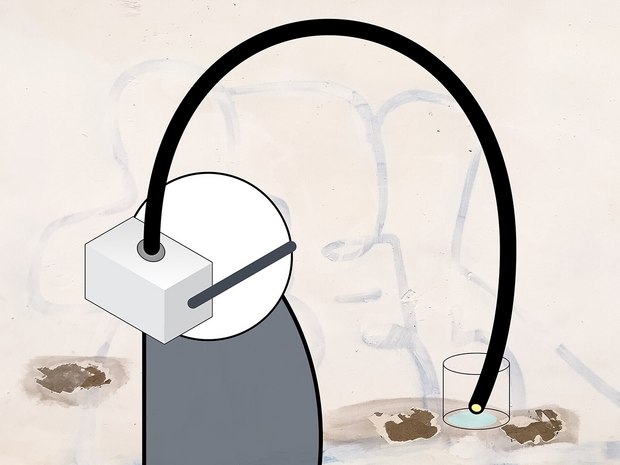 I’ll let you in on a dirty little secret: nobody wants to “use VR.” People want to be entertained, to shop, to assemble their furniture, to find a good place for dinner, to talk to their family, to create things. The technology is a means to an end. Transformative, perhaps, but a utility nonetheless. Fifteen years ago at Walt Disney Feature Animation, I was reminding our software engineers of this as we worked to develop tools for the traditional animators transitioning to CGI: “Nobody wants to use the computer for the sake of using a computer. People want to write, to draw, to animate, to edit. Our goal is to enable and evolve those activities.” Ironically, by reminding yourself that the technology is not the main event, you better position the technology to become ubiquitous.

VR hardware engineers and software developers must be mindful of this principle if they wish this third wave of VR endeavor to be the one that makes it over the wall. Aside from a vanguard of the few, most ordinary people don’t really care about VR, and their curiosity is sated (or frustrated) by one or two experiences. (“Ok, got it.”) In a December 2015 report, Citi Research pegged the total value of the VR/AR market in 2025 at $674 billion, with VR gaming at a healthy $58 billion but AR commerce at a staggering $400 billion. VR hardware companies hoping to realize such general consumer adoption must support software incubators that address needs other than teen gaming if they hope to expand the market. Will VR apps be limited to the druthers of the core programming demographic (predominantly young adult males)? The dustbins of history are littered with narrowly-focused, “kick-ass” companies that failed to resonate with the general public. For all the lip service being paid to VR as “not just for gaming,” what percentage of time and energy are VR hardware companies investing in outreach to invalids and shut-ins (a potentially explosive market) versus demos at gaming conventions? The VR ecosystem needs more steak than sizzle if it hopes to be nourishing.

In order to achieve mass market traction, VR gear should be as easy to operate as a hair dryer, for reasons as compelling as drying your hair. Steve Jobs’ principle of enabling you to do something fun and useful on your iMac within five minutes of opening the box showed that he got it: people don’t want to wrangle technology; they want to get on with things. Unfortunately, most of the videos purporting to show how easy it is to get up and running with your new VR gear usually have the opposite effect. If your point of reference for “ease of setup” as an engineer is how cumbersome your technology was in the pre-alpha laboratory days, you’re making the same mistake as a director who think his screenplay is working better than before, without realizing that he’s still not connecting with the audience.

It’s bemusing to watch VR hardware manufacturers celebrate the new wave of “VR ready” PCs as though the cavalry has arrived (a better analogy might be a horse stepping into your canoe). Faster, more powerful computers are great, but VR hardware companies display a misplaced level of excitement over pricey supportive tech that simply digs their niche deeper and deeper. While you see something that can feed your company’s ravenous facehugger (“We’re saved!”), the average consumer sees one more expensive thing they need to buy in order to run the newfangled expensive thing you’re peddling. (“You’re screwed.”) With all due respect to Moore’s Law, it has more often than not been used to justify a slew of bloatware and a lot of lazy thinking.

N3twork’s Neil Young goes so far as to opine that there are currently still too many hurdles for VR to break through as a consumer product. Indeed, it will probably take a few years for a forward-thinking, consumer-minded designer to come out with a sleek, powerful, untethered all-in-one (sorry, but most folks don’t want to look like they’re wearing bondage gear) running apps that change people’s lives. Perhaps Apple, who has been awfully quiet on the VR front while hiring a bunch of key people (including 3D user interface pioneer Dan Bowman), will come through with the game-changer. They have a history of that sort of thing.

I’m not trying to be contrarian. As executive director of the Beijing Film Academy’s International Animation & Virtual Reality Research Center (iAVRrc), I’m a strong advocate of immersive technology. I have great respect for the VR engineers and developers currently slogging through the trenches, and I see transformative possibilities for immersive technology in every aspect of our lives. But tough love and straight talk is necessary if this is truly to be the start of “The VR Era.” I’ve been called “negative” for predicting that 90% of VR ventures will fail, when historically more than 90% of all ventures fail (movies, restaurants, startups...). Those of us who hope to be in the successful percentile need to keep our eyes on the prize. If you’re in the business of selling VR widgets, there’s only one metric that matters: how many widgets you’re selling. The lines at your demo booths and the photos of celebrities posing in your unplugged tech are vanity metrics at best. Virtual reality has to get real.

The VR hardware/software/content equation is a true chicken/rooster/egg conundrum. It’s cheap and easy to say that “content is king,” but it really is. The chicken and the rooster can get as busy as they like, but if no one wants the eggs, it’s all just a lot of flapping and clucking. In my next post, we’ll talk about the eggs.