On February 13th 2018 Inni Karine Melbye, the mother of Norwegian animation, became a glowing star in the Northern Lights when she passed away after a six month illness 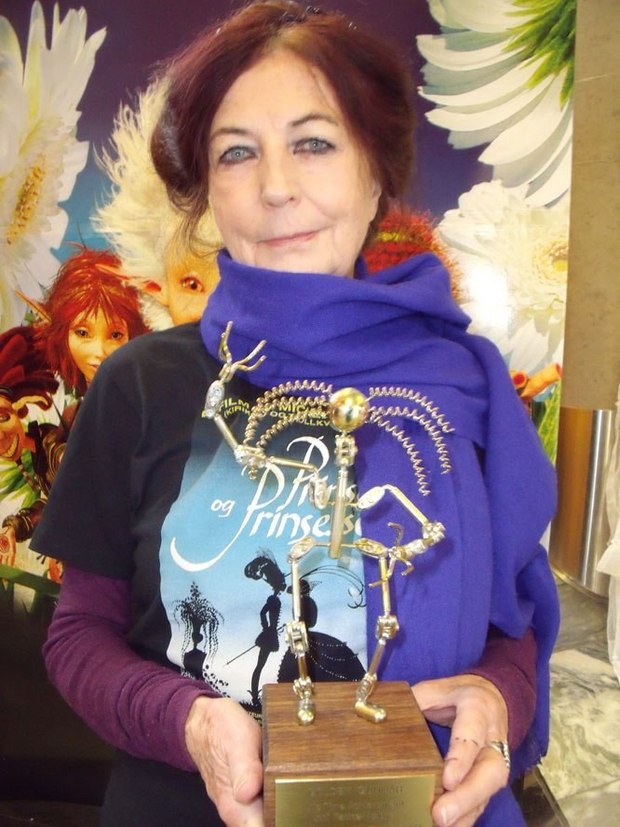 On February 13th 2018 Inni Karine Melbye, the mother of Norwegian animation, became a glowing star in the Northern Lights when she passed away after a six month illness.  Inni was loved and respected by everyone who knew her in the animation community and I suspect by anyone she ever came into contact with.  She touched the lives of so many different people, from her family, friends, and colleagues, to the many young people throughout the world who she worked with as a major part of the ASIFA (Association Internationale  du Film d’ Animation)  AWG (Animation Work Group).

Gunnar Strøm, animator, professor at Volda University College in Norway, and former ASIFA Secretary General and Board Member said of his longtime friend, “Inni was a mentor for the Scandinavian animators.  She was our gate opener to the international animation world.  The Scandinavian animation industry would not have been the same without Inni”.

Born in Oslo, Norway, Inni studied graphic art and design in Copenhagen, Denmark.  Her first job was in the graphic design unit of the Norwegian television station (NRK) in 1963. She went on to study engraving and etching for 2 years in Paris at Atelier 17, where despite her Nordic roots, she fell in love with France and became a self-professed Francophile for life.

Following her studies in France, Inni moved to Montreal, Canada where she worked as a graphic arts designer with Frederic Back at Societe Radio Canada, but she has said that “1970 marked a turning point for my interest in animation.  I saw the Beatles production Yellow Submarine and realized that animation would become my cup of tea”.

Returning to Denmark, Inni set up Studio Filminnitiv in Copenhagen where she became well known for her title sequences for the children’s programming on NRK (Norwegian television), which were created in the mid 80’s and ran on television for over a decade.  1983 saw the creation of her 18 minute Utopian short Terra Incognita (Reisen til planeten Nazae) Inni will also be remembered for her long association with the renowned French animator Michel Ocelot.  Her work as a background artist for Ocelot’s beautiful Princes & Princesses as well as work on several other of his films helped bring them to life.

A new chapter in her life began in 1975 when ASIFA President John Halas asked Inni Karin to join the ASIFA board.  She represented Norway for several years and was one of the few women serving on the board at the time.  John Halas is quoted as saying “Inni Karine Melbye has also contributed a notable fete of energy and enthusiasm to bring Scandinavian countries into ASIFA’s fold”.

In 1979 the ASIFA Workshop Group (AWG) was organized within ASIFA to facilitate cross-cultural cooperation and animation projects for children throughout the world and Inni found her true calling.  She loved organizing workshops and teaching animation to children.  Whether it was in a Norwegian shopping mall or at a festival workshop, Inni always had creative teaching ideas to bring animation alive to young people.

Inni gave tirelessly of her talents and of herself to everyone and was a great inspiration to so many people, a talented animator and a warm human being.  She was also one of the most elegant ladies I have ever met and

I feel very privileged to have called her my friend.  Selfishly, I will miss our laughter over breakfasts together at festivals in Norway and at our annual lunch in Annecy, but her vast contribution to the world of animation will live on in her film work and with the young animators she has nurtured.