Immersed in China: An Interview with Toony Wu

A report from the field by one of China's up-and-coming VR animation directors. 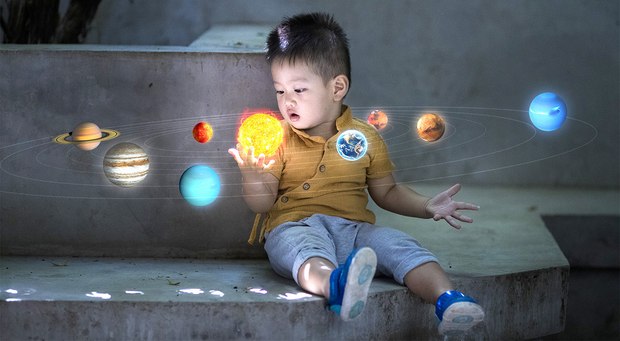 As an antidote to the rash of news regarding the exploits of major Chinese entertainment companies and real estate barons, I thought I'd offer insight into China's creative grassroots with an interview of entrepreneurial animation director Toony Wu, a graduate of the Beijing Film Academy who began working in animation in 1999, and is now immersed in augmented reality and virtual reality.  In 2007, Toony co-founded what would become known as Dreamspace Media, specializing in 3D and 4D animated shorts and special-venue projects.  Dreamspace won various awards for their work, and Toony went on to direct the Chinese animated series DRAGON SUPER CREW (小龙大功夫) for The Walt Disney Company in 2013.  In 2016, Toony co-founded Jelly Monster, a Beijing-based animation studio specializing in AR publishing and VR content.  I was fortunate to get enough time from this busy creator for ten questions related to his career in animation and his aspirations in immersive media. 1. You have a degree in photography from the Beijing Film Academy.  How did you go from photography to animation?

What I enjoy most is revealing a character and building an interesting and imaginative story, whether through photography or animation.  Compared to photography, animation is more fascinating and requires more of my persistence.  Animated characters are so significant to a film that they deserve the utmost care and effort.  While shaping a character, arranging plot points for the character, representing the character’s inner thoughts, designing relationships among different characters and portraying their emotions, I feel very engaged and satisfied.  With just a slight adjustment, a character can leave the audience with a completely different impression, which is fascinating to me.  Aside from character development, I find the animation medium itself is very attractive.  With animation, we can create fantastic, charming worlds, as if by magic.

2. What do you find most interesting about the animation medium?

Animation brings great happiness to children and families.  I enjoyed watching animation when I was a child.  In addition to the series I saw on television, I was fortunate to have watched many great animated films.  Those wonderful stories and lovable characters impressed me a lot.  A good animated film is like a lifelong companion.  I love children and have a young son, so I’m inspired to do my best to create animated works that can fire the imaginations of children in this new age.

3. You've directed 3D and 4D animation for dome projection and special venues, and have also directed 2D animation for Disney in China.  Now you're working in augmented reality and virtual reality.  What inspired you to get into AR and VR?

Throughout my career, I’ve worked with different techniques and forms, trying to find a way to get closer to the audience.  But in 2D, 3D and even 4D animated films, no matter how hard I try, I’m still not close enough.  The audience can watch these, but cannot take part in them.  For instance, when the hero of a movie is being treated unfairly or when the princess is going through a miserable time, a well-designed plot may be good enough to arouse the audience’s sympathy and sorrow, but they are still standing outside the story.  When I first experienced AR and VR, I knew exactly that this was the feeling I had been looking for all along.  I was the hero of the story, and the story was unfolding around me!  VR provides us with magical new worlds.  I can be anyone I like and can see my cartoon idols right in front of me.  I can explore outer space or dive deep into the ocean.  AR and VR break the wall between the audience and the content, and give us new excitement and emotions by weaving a net of interaction.  The charm of AR and VR is irresistible to me, so I have dedicated myself as a creator to this new field.

4. These days, everybody in the West hears how hot China's VR industry is and how much money is being committed to VR by the Chinese government, companies and private investors.  What has your experience been as a Chinese entrepreneur in the midst of all this?

In recent years, Chinese internet companies have been valued very highly, and many Chinese investors have focused on high technology.  It's characteristic of Chinese investors that if they see an opportunity for profit, there will be a frenzy of investment in that industry in a very short time.  In 2015, AR and VR professions and companies became hot overnight.  If you had relevant experience and products, you had your choice of investors.  And as long as you could illustrate the potential future of your business, the money would come.  Since April of 2016, AR and VR investment in China started cooling off.  Impatient investors began to suffer consequences and some VR companies closed, after which most investors began to watch their money very carefully.  Currently, most Chinese investors prefer big investment plans with major companies.  But if an independent team has a feasible product and business plan, there is still great opportunity to find investment in China.  However, compared with 2015, more negotiation time and approval steps will be required.  VR entrepreneurs must think very clearly about their development direction, and create content and products that can truly be accepted by the market.  Chinese investors don't lack money, but lack reliable teams and plans to invest in.  To acquire funding for Jelly Monster, my team and I worked very hard in 2015 to develop multiple AR publishing demos.  With those demos, we contacted four different investors, and went through many rounds of negotiation.  Finally, we chose an investor who we had previously worked with in 2007.  We have a deep mutual trust, which is very important.  VR and AR is a new industry in China.  Many Chinese investors have high regard for this new business area, as more and more people are setting their careers in this field.  I still believe that this is a good time for serious creative teams to go for it.  China is progressing from a focus on quantity to a commitment to quality.  Over time, more good Chinese AR and VR works will earn the attention of investors and audiences alike. 5. Tell us about your new company, Jelly Monster.  How is it different from the previous animation companies you've founded?  What is the vision of Jelly Monster, and what sort of projects are you working on?

Jelly Monster is dedicated to creating interesting AR and VR works that can provide children and families with lasting excitement and happiness.  We combine our experience in motion pictures and new technology to surprise the modern audience.  We have a seasoned animation production team, game designers, children’s book editors and other talents - all rich in ideas.  And we are continuously training ourselves as storytellers and user experience designers to achieve our creative goals in new media.  Jelly Monster’s enterprises are divided between children's content production and general content production.  Children's production is focused on augmented reality publications.  I enjoyed reading when I was young, and when I came across a good book, I would imagine that the hero appeared in my room and took me to explore the fantasy world and embark upon a series of adventures.  In this spirit we have created the character Jelly Monster, the little hero of our AR books.  Jelly Monster guides children to learn the secrets of this wonderful world.  In our augmented reality books, children experience more, have more fun, and learn more by interacting with Jelly Monster and the AR world.  Our other products are VR creations for grown-ups, with fantastic stories of their own set in virtual dream worlds. 6. What challenges have you found are unique to AR and VR content development and production?  Do you need to structure your team differently?

Our team was established in 2007.  From the beginning, our business scope included the production of animated short films and special-venue animation. One of our animated films was even included in the Venice Film Festival.  I have also gained valuable experience directing animated television series for Disney here in China.  However, stepping into AR and VR has been a new challenge for me and my team.

We need to study and understand the new technologies and experiment with different production processes.  We also need to add new staff to create original products with the relevant technology.  Even the slightest miscalculation could put our company in a tight spot.  However, we have good experience in the creation of animated films, and this gives us confidence to face the new challenges of this industry.  AR and VR technology provide us with interesting new methods to tell our stories, but we must still hook the audience with novel ideas, compelling characters, good stories, entertaining designs and so forth. 7. What excites you most in terms of the creative potential of AR and VR?  How do you think AR and VR can change people?

The technology of AR and VR can change the audience’s viewing experience.  It brings the virtual characters and scenes to life, and makes it possible for the audience to directly experience different ways of living and to inhabit fantasy worlds. This is the most attractive thing to me.  AR and VR can literally change people's points of view.  Nevertheless, despite what we see in some science fiction movies, I don't expect VR and AR to replace our direct experience of life. 8. What is the biggest challenge currently facing Chinese content creators such as yourself?

Creators around the world are trying to develop popular AR and VR products.  There are no rules to follow and no authoritative results to reference.  For Chinese content creators, the biggest challenge is how to evolve existing industries, traditional film and television technologies, video game technologies and interactive technologies into our products, and how to combine these with advances in artificial intelligence technologies and sensory technologies.  The industry is also supported and challenged by different types of investors.  Some Chinese investors think long-term, while others think only of short-term profits and pressure companies to put immature products into the market.  As a result, the market is glutted with shoddy goods, not because developers can't do better, but because they aren't given proper time.  This can cause consumers to lose confidence in AR and VR products and lead to an industry downturn.  So, communicating with investors is very important, as is a proper production pipeline and appropriate product positioning.  Marketing and development require a closer relationship.  These are the challenges we face.

9. What advice do you have for young Chinese animators just getting started?

Continuing to develop stories for children and families.  Creating appealing characters and stories is my lifelong goal.  I can't say exactly what that may be ten years from now, but if it helps to reach the family audience, I'll try whatever it is.