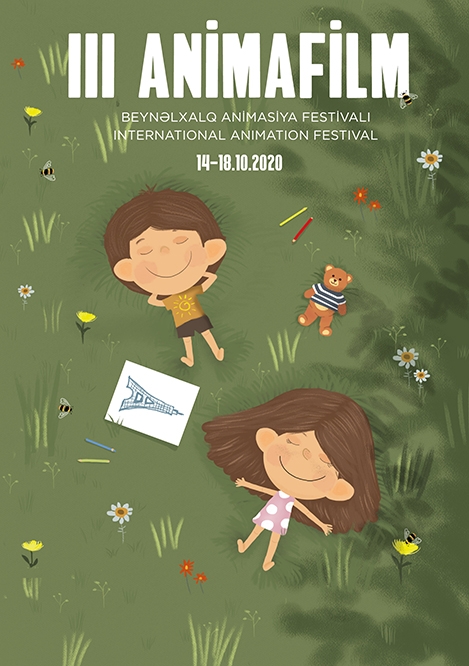 Most of the submissions came from the United States. Countries, such as England, Canada and France were active as usual. The number of submissions doubled compared to last year. We also received around 20 films and around 40 screenplays from Azerbaijan. "This makes us very happy, as it shows that animation in Azerbaijan starts to recover." said festival director Rashid Aghamaliyev.

All films and screenplays will be evaluated by an international Jury, and winners will be announced at the closing ceremony III ANIMAFILM festival on October 18, 2020. Notably, great prizes are waiting for the winners of Azerbaijani categories of III ANIMAFILM festival. A new award for category"Best Azerbaijani Short Animated Film" is established for the upcoming ANIMAFILM Festival in cooperation with the French Embassy in Azerbaijan, the French Institute in Azerbaijan (IFA) and with the support of the Annecy InternationalAnimated Film Festival. This year's winner of the ANIMAFILM Festival will have a chance to attend in the 2021 Annecy Festival in France and receive professional MIFA accreditation. Return flight to France and accommodation in Annecy of the winner will be covered by IFA.

ANIMAFILM Festival is also cooperating with Delegation of the European Union to Azerbaijan to present a new award for the winner of the category“Best Azerbaijani Screenplay for a Short Animated Film”. The winner will receive a valuable photo camera as a prize. III ANIMAFILM Festival will be held in Baku, from 14 to 18 October 2020. This year festival will be dedicated to French animation. The Festival is supported by the Azerbaijan MinistryofCulture, Azerbaijan Union of Film-makers, Embassy of the Czech Republic to Azerbaijan, Embassy of France in Azerbaijan, French Institute in Azerbaijan, Nizami Cinema Center, Mujru Publishing, Barat Abdullayev and other partners and sponsors.