HOW TO HIRE AN ANIMATION WRITER 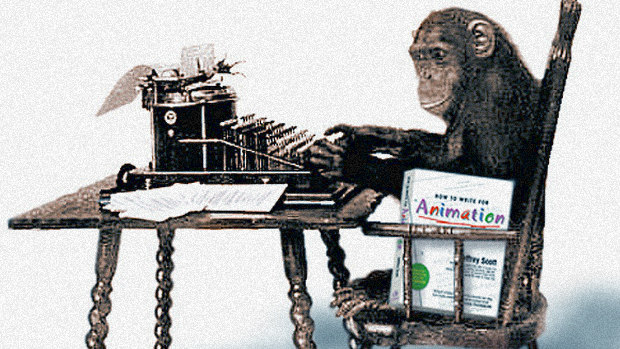 There are new animation studios popping up all over the world. Several that have contacted me lately, inquiring about my writing animation screenplays or series for them, had no clue what to ask in order for me to give them a fee quote. This article is directed to those producers, though it will also be helpful to writers.

Before a producer can hire a writer they need to find one. There are several ways to do this.

► Call an agent that reps animation writers. Note that not all writers have agents. I have worked for years with and without agents.

► Check IMDb.com. You can search for animated feature or series titles and find the names of their writers.

► Search with Google. Many writers have websites. “Animation Writing” is a good search term to begin with.

Once you’ve contacted a writer, ask them the following questions:

What have you written?

If you need a screenplay written ask them for their best script(s) in the genre you are looking for. If you need a series written ask for script(s) they’ve written for a series similar to yours. If they don’t have any samples then they don’t have enough experience. It’s always best to read a first draft to see the writer’s unedited work. If they have an outline read that too. The outline is where the structure is plotted out. If they can’t write a good outline they won’t write a good script. This is especially true for screenplays.

Have any of your scripts been produced?

If you want a professional writer this is vital. They don’t have to have a lot of produced credits. One could be enough if it’s a well-structured and written script. It’s okay to hire a rookie if you’re convinced they are good, but hiring a pro increases your odds of a getting a producible/sellable script. A professional writer will also take a lot of pressure off a producer because they can turn out good scripts on schedule. Paying a little more for a pro will save money in the long-run by saving time and reduce rewrites and unproduceable scripts.

What genres do you prefer to write?

It’s certainly best if the writer has experience in the genre you are looking for. But don’t pigeonhole the writer. Just because they’ve written a lot of comedy doesn’t mean they can’t write drama. A good writer is a good writer.

Where did you learn to write?

A college writing degree doesn’t guarantee a writer is any good. Writing experience is what makes good writers. Most screenwriters follow the methods of one or more of the popular screenwriting books. A professional writer will have read them all. A professional producer should also read them all so that they can converse in the language of screenplay/story structure (see my post WHY PRODUCERS MUST STUDY SCREENWRITING).

What do you think about the material/concept?

Listen carefully to the writer as they describe their interest in your project. Do they contribute something to it? If a writer is really responding to your concept they will be creative with it and have good ideas. This is critical to finding the right writer.

If you are looking for a story editor, ask:

What shows have you edited?

Don't just get the names of the shows. Ask them for the name of the producer and some of the writers they’ve worked with. And ask those folks:

If you get a bad report don't hire them.

If you are looking to have a series developed, ask:

What shows have you developed?

Then get a sample series bible that is closest to your show.

If your project is on a tight schedule, ask:

How long will it take you to write this project?

A good writer should be able to write a half-hour animation script in a week at most, or a screenplay (first draft, revision and polish) in 12 weeks plus turnaround time.

Here are some questions that aren’t directly asked of the writer but that you should think about when interviewing them. They are helpful in learning whether or not the prospective writer is knowledgeable, certain, confident, friendly, professional and creative.

How do they communicate?

What do others say about their writing?

Query the producers they’ve worked with. Do they have kudos and/or awards? A good recommendation and an award or two don’t guarantee a good script, but they definitely increase your odds of getting one.

What is your fee?

I am amazed at how many studios contact me and ask, “How much do you charge to write a script?” That’s like asking a jeweler, “How much is a watch?” It’s not enough information. Before a producer asks for a fee they need to tell the writer exactly what they need:

—it’s length (in time or number of pages)

—what amount of existing material there is to start with (concept only, treatment, spin-off of another production, toy concept, 1st draft in need of rewrite, book adaptation, nothing)

—when they need it (a rush job often requires a higher fee, or the writer may be slow and you need to find another writer)

Many writers have what’s known as a quote (this is the last fee they were paid for similar work). A fair fee is their quote plus a small increase.

Producers and writers should be willing to negotiate. Many producers never call back when they get an initial quote that is more than they want to spend. Don’t do this. Tell the writer what your budget can afford. Give them a counter offer. Don't assume you can't afford them. There are many ways to structure a deal. Fees can be deferred until production or decreased in exchange for back end participation.

Don't lowball a writer (and writers, don’t let them lowball you). You get what you pay for. The writing is the most important creative element of any series or film. Viewers are interested in character and stories, not expensive animation. A wise producer makes sure the script is as good as it can be even if it means paying more for it.

Don’t ask writers to write on spec as it immediately telegraphs that you aren't a serious professional. I write specs for myself, not for others. If a producer asks a writer to write on spec it means they don't have money. They'll have to sell the script just like you would. So, it's a better bet for a writer to write their own spec and then pitch it to studios. They'll have a much better chance of getting paid for their work, and they’ll get paid a lot more.

I hope both producers and writers find this information helpful. If I’ve missed anything, please post a comment and let me know.

The Massive Creative Fellowship Behind ‘The Lord of the Rings: The Rings of Power’
‘The Dragon Prince’ Director Villads Spangsberg Talks Toonlines and Tough Challenges
Laurence Fishburne and Steve Loter Talk ‘Marvel’s Moon Girl and Devil Dinosaur’
Taking an Old-School VFX Approach in ‘All Quiet on the Western Front’
‘Natural Habitat Shorts’: Like ‘Ranger Rick,’ But for Adults
Framestore Sets Sail on ‘1899’ with New Virtual Production Tools
VFX is the ‘Thing’ for Tom Turnbull on Tim Burton’s ‘Wednesday’
We Need to Chat
END_OF_DOCUMENT_TOKEN_TO_BE_REPLACED