Animation – vanquishing evil one problem at a time. 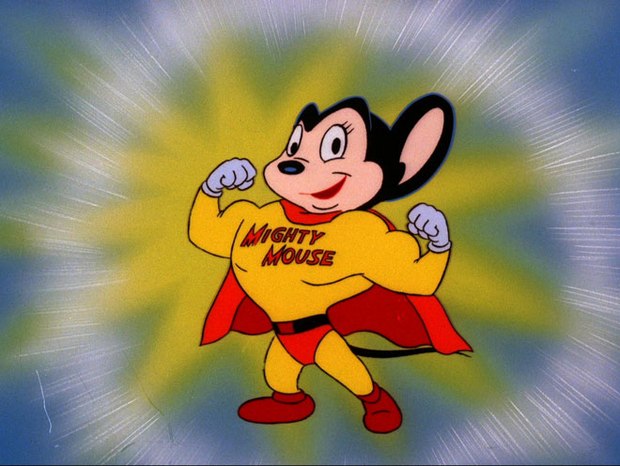 “You got to kill your darlings.”

Cognitive and computer scientists use a “Turing Test” to see if they’ve accurately understood all the thinking needed to do a task or solve a problem. Basically, if other experts in these fields see the results that were fed into a computer, and can’t judge if another human expert or computer did the work, the scientist got it right.

The impact that the overlapping fields of cognitive science, psychology, computer science, computer engineering, and psychology have had on every field today is incalculable. (If you’re reading this, it’s because someone did a Turing Test).

In fact, much of animation and live-action, CG, 3D, VR, and video gaming, are possible because bits and pieces of even the most complex task – like animation – are “computerizable.” For example, a scientist observes an animator drawing Mighty Mouse moving his arms as he soars. The scientist observes that part of realistic character motion in animation requires drawing out the key frames on an arc, deciding how fluid the motion has to be, and then drawing in-betweens linking the keys. This action gets broken down even further, handed over to a computer programmer who assigns a numerical value to fluidity and programs the information into the computer, puts in a graphical user interface on top of this, gives a click, and voila, in-betweens appears.

But it would be a grave mistake to think that all of what goes into animation could ever pass a Turing Test.

Even artists I’ve spoken to insisted that they “don’t really think,” or they “kind of feel their way through.” They (and unfortunately many cognitive scientists) mistake the end product and expertise with the types of knowledge needed to do a task.

Expert knowledge is frequently automatic and unconscious. Experts trade awareness for speed, and they can do that because of how they’ve practiced and consolidated their steps into memory. In fact, the few ways cognitive scientists can research experts is to get these masters to talk out loud about each step in a project, wait until they hit a snag, or observe them teaching or sharing their steps and ideas with other colleagues on a team.

I am not a film critic. I do not judge the product or what’s been done. When I look at what animators actually do, the thinking required in order to bring a work into the world, rather than their end products, I see something else.

So what kind of reasoning do animators use? Before you can answer, you have to ask, “What do animators have to reason about?” That means looking at what’s the nature of their task. Cognitive scientists generally begin by looking at a task as an overall problem.

In 1973, Herbert Simon, the father of artificial intelligence and an overall genius, defined problems in terms of how they were structured around four key elements: states (start, end, and every step in between), methods or processes used to get through the states, the end goal, and rules. He said there were fundamentally two kinds of problem: well-structured and ill-structured

Well-structured problems, like math and chess, have definite start and end states. Even before you begin, you know precisely what your equation is, or have your chess pieces placed correctly on board. You know when the problem or game is over, and all to steps needed to get from one A to B. All these steps use the same, unvarying objects that can take on a universal or numerical value (it may be more fun to play with a Simpson’s chess set, but that’s not going to change the rules of the game). If you use the pre-determined steps or methods, you (or your opponent) are guaranteed to meet your goal. There is only one goal: solve or win.  You have specific and timeless rules, including clear criteria to judge if you’ve met your goal: if you got the right answer or knocked out your opponent’s King.

The world of these problems (aka the problem space) is entirely self-contained; you need no external validation. If a referee is present, it’s only to make sure all the rules were followed and nobody cheated.

Also, while the conditions in which such tasks are performed can certainly impact the performance of the problem solver, they don’t dent the actual structure of the problem. In other words, it may take you longer to work out the problem on paper rather than with a calculator, your lack of sleep may make you prone to making errors, and the fact that your hockey game is played in your hometown can either give you the home court advantage or curse. But none of these factor into how the rules, states, goals, and methods are determined.

Well-structured problems are safe. You’re either right or wrong, you’ve either won or lost. The end state is simple to define: it’s over when the problem or game has been won.

Ill-structured problems include design and arts (according to Simon’s decree, anyone who wants to turn a given into a desired state is a designer). The given and end states, and even the goal, are vague (“I want to build a house” is not as definable as “solve for x”). There may be many methods with which to get from beginning to end. There may be more than one goal (hence, the design adage: “The client says make it good, fast, and cheap; tell him to pick two out of three”). The designer rulebook is more rules of thumb than the strict rules in well-structured problems. The objects in the states you have to work with aren’t fixed like numbers but more open to interpretation like sketches. Most importantly, there is no guarantee of success. This is partly because much of ill-structured tasks are outside of the designer’s control.

It’s no accident that designers try to tame the problem by breaking down the task in manageable, controllable bits, deciding on constraints or given start states early on, working in broad strokes in the beginning and refining later on, deciding which components need to be done before others. However, none of these rules of thumb will guarantee that the work is “good.”

Many of these strategies have made their way into filmmaking and animation. Another strategy is to use analogies, drawings, and models to shape and share ideas about the emergent design.  Storyboarding is a prime example.

Herbert Simon had a tremendous impact of cognitive science. But Simon and his colleagues did not entirely address the degree to which real-world design and art are at the mercy of social conditions and not in the designer’s control.

The term “wicked problems” was defined by Rittel and Webber in 1973 (not as cognitive scientists but because of their interest in organizational management and policy planning), and extended to a range of industries and organizations that had to rely on public approval for determining the conditions and criteria for success.

In addition to all of the murkiness of ill-structured problems, wicked problems are even more intense. One of the key indications you are in a wicked problem space is that the problem can’t even be defined until after the solution has been achieved. Every time you’ve heard “I know it when I see it,” you’ve probably touched on a wicked problem.

Wicked problems have a high degree of vagueness, incomplete or unreliable information, lack of given specificity about the goals, rules, states, require external approval for determining success, and are highly susceptible to conditions entirely outside of the solvers control.

The further you move away from the predictability of well-structured problems, the more outside validation is needed.  And the more reliance you need on people of varying levels of expertise and experiences, the less likely your work can guarantee success.  Also, the more that the conditions of doing the task are indeed part of the problem structure, the more vulnerable you are. And the more dependent you are on where and when you have to produce and release your results, the more wild things get.

At the edge of this untamable wilderness are problem structures that are so unstable, so contingent on historical, social and technological conditions, so… so… evil.

This is the problem structure of animation, especially studio animation.

The start states are ideas that need to get transformed and translated from ideas, to words, images and sound. From the outset, you have more sign systems to deal with and you can’t reason about images or sounds the way you reason with numbers or words. The path from start to end is, in spite of various time charts and schedules, not entirely linear (there are many times you will need to take a few steps backwards in order to move forward).  There are no universal, timeless rules (who uses the “do not cross the 1800 “ rule anymore?). The rules, methods and tools you use are entirely contingent on when and where your work begins – and it will probably change by the time your work will near completion.

Your problem space is one of conflicting goals, unstable tools, contradictory rules, no reliable formulas, no permanence. Every aspect of studio animation is a reminder that “control” and “ownership” are frequently illusions, and that the best ideas for “your” film may not even come from you.

Here are some of the thoughts that I’ve noticed expert animators arm themselves with to confront the beasts in evil problem solving.

The real expertise in surviving evil problem solving lies in making peace with these contradictions, in accepting and even welcoming that with every new film you start out as a novice, even if you’ve never done this before, you’ll vanquish one evil problem at a time.

Animators are the real superheroes of art.

Tags
Problem Solving
Turing Test
animated films
Education
NFB
National Film Board of Canada
More From Lines of Thought:
Next Post
Can We Talk?Previous Post
Juggling and the Art of Team-Based Animation
Related Content
Juggling and the Art of Team-Based Animation
Eranos – Food for Thought
The Joy of Animation
Thinking Out Loud – An Open Love Letter to the 'Inside Out' Team
Lines of Thought
Authored by:
Janet Blatter