Walt Disney Animation Studios’ latest musical, which tells the story of a family where each child is blessed with a magic gift, except for one, beats out ‘Flee,’ ‘Luca,’ ‘My Sunny Maad,’ and ‘Raya and the Last Dragon,’ to win the season’s first big animation award. 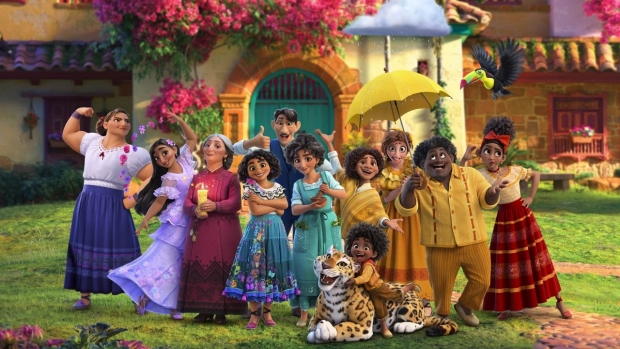 With minimal ceremony and no live broadcast – the awards were announced on Twitter - the Hollywood Foreign Press Association announced the winners of its 79th Golden Globes Awards last night.

Directed by Byron Howard and Jared Bush, co-directed by Charise Castro Smith (who also co-wrote the film with Bush), and produced by Yvett Merino and Clark Spencer, with new songs by Lin-Manuel Miranda, the CG animated musical tells the story of a family where each child is blessed with a magic gift, except for one.

Deeply honored by this recognition, and by so many people around the world connecting w/#Encanto. Thank you to my partners Jared, Charise, Yvett, Clark, Jenn, & of course, Lin, Germaine, cast & crew. We are so proud to be a part of films that celebrate diversity & understanding. pic.twitter.com/66XiUXHSad

Overwhelmed. So grateful the work of so many dear friends is resonating and people are connecting with our story of family, generations, empathy and perspective. Forever indebted to @Lin_Manuel & @germaine_franco, our dream cast & @DisneyAnimation. All of You. #GoldenGlobe https://t.co/dXmni0KovR

This has been a year of turmoil for the HFPA that began with last year’s show when it was revealed the organization hat one Black member. NBC pulled out of televising the 2022 awards; the organization tried to reverse the bad press with subsequent changes to its bylaws and a rush to add more diverse members. The nominations were announced last month in a small ceremony hosted by HFPA president Helen Hoehne, joined by recording artist Snoop Dogg. The complete nominee list can be found here. The complete list of 2022 winners can be found here.

‘My Dad the Bounty Hunter’: Representation Beneath the Skin
The Massive Creative Fellowship Behind ‘The Lord of the Rings: The Rings of Power’
‘The Dragon Prince’ Director Villads Spangsberg Talks Toonlines and Tough Challenges
Laurence Fishburne and Steve Loter Talk ‘Marvel’s Moon Girl and Devil Dinosaur’
Taking an Old-School VFX Approach in ‘All Quiet on the Western Front’
‘Natural Habitat Shorts’: Like ‘Ranger Rick,’ But for Adults
Framestore Sets Sail on ‘1899’ with New Virtual Production Tools
VFX is the ‘Thing’ for Tom Turnbull on Tim Burton’s ‘Wednesday’
END_OF_DOCUMENT_TOKEN_TO_BE_REPLACED