The idea that subtitling is the only way of maintaining cultural authenticity and the emotional performance of the original actor does not hold true. 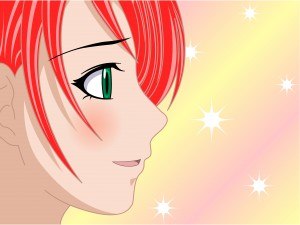 In the 1970’s, I had a total girl crush on a certain freckled-face, unruly, red-haired, horizontally-challenged-pig-tailed girl from Villa Villekulla. Her name was Pippi Longstocking. Pippi had superhuman strength and could hold a horse up with one hand and boy was she ever groovy! After turning on my life-sized Zenith Television Set and wiggling the rabbit-eared wire hanger contraption that my dad had cleverly rigged, I would curl up on the couch and fall to pieces over the hilarious antics that ensued; accompanied by the worst out-of-sync dubbing, which made everything even funnier. The characters would speak in Swedish, and a poor British dub would follow about 1 second behind. Sometimes a random gravely man’s voice was dubbed over Pippi (don’t believe me, have a look at You Tube-where Pippi is screaming for the pirate Oscar). As a natural born mimic, I was determined to master this lax dubbing style. By the time I reached college, my friends would beg for my “Pippi” and I was sure to please while ordering food in restaurants, during school presentations, while singing serious songs in the middle of sorority rush, you name it.

Those days of bad Pippi dubbing are long (stockings) gone. The manner in which a film or television project is dubbed is done with superior quality by a team of highly skilled professionals who work together to create a final product that is so incredibly solid that the untrained eye wouldn’t be able to tell it’s been dubbed over another language. This team consists of a translator, script adaptor, engineers, mixers, and voice over talent. As a long-time voiceover talent and Dubber, I rely heavily on this team to prep the work in advance and they rely on me to ensure that I hold true to the original actor, the words on the script fit her lips precisely, and my acting chops maintain the integrity of the story line or even enhance the original. If something does not work, we collaborate to find better choices.

Lest be fooled by the ease in which the viewer sees the final product, voice over dubbing takes a tremendous amount of skill. Over the past 30 plus years, I have had the pleasure of voice casting a multitude of dubbing projects. The voiceover actors that book these dubbing roles are a small and tight-knit group. They are adept at looking at a script, watching the character’s mouth, facial expressions and body movements, memorizing lines, and matching picture perfectly. Though some might speculate that we book these jobs due to nepotism, the truth is, we have mastered the skills of dubbing as second nature.

The debate of whether to subtitle or dub a project remains contentious. The pugnacious subtitle moviegoer believes that the use of subtitles assures that nothing gets lost in translation. It is easier to express in words what the original actor is saying on screen, thus allowing for a more accurate translation and authentic viewing. It also provides a forum for the hard of hearing. However, there are definitive disadvantages as well. Subtitles require work by the viewer. Personally, I like going to the movies as a distraction from work. Subtitles often move too quickly or even block out artistic shots on the screen. Since I am forced to read what is being said, I often miss the subtle expressions of the actors entirely.

When adapted well, a dubbed film or TV show has significant advantages over subtitling. Often times, the voiceover actor is able to enhance the original performance. I recently worked on a project for a Chinese soap opera. The original actors had a propensity to overplay and mug. The scenes were brimming with subtleties that the producer was adamant about keeping. Scenes were thoroughly explained by the translator and director so that I knew the intention of my character within the storyline. The end result was a beautiful production that remained true to the original, but had added nuances that modernized the story for a younger audience.

Many films require dubbing over subtitling due to FCC requirements. Imagine you and your little ones hunkering down for your long flight to Miami and watching an unedited version of Reservoir Dogs? Probably not the best choice for an airlines, but slip in a Tarantino sound-alike over the cursing and the film stays pretty close to the original. I would probably remove my $5.00 headphones if the cursing was bleeped. What about action-packed Jet Li originals where there are 7 minute fight scenes and piled-on story lines happening simultaneously? A film like this could really only ever be dubbed to make it work for an American audience.

My Japanese Anime-obsessed teen nephew is fervent that all Anime must be watched in its original form and he vehemently opposes dubbed projects. After watching a few with him, I caught myself laughing out loud at some of the poor translations. By refusing the translated dubs, he’s missing out on some phenomenal pieces of work. But the odds are against him in this case, as the American Anime distributors are turning most of their projects out as dubs. Even though the cost is greater, they must consider their audience demographic and where their biggest return on investment will come from. In this case multi-tasking kids, who are less likely to focus on reading a screen or may not even be of age to read.

Ultimately, the argument between Dub vs. Sub boils down to taste. Both are tools that assist a movie in communicating with the audience. The idea that subtitling is the only way of maintaining cultural authenticity and the emotional performance of the original actor does not hold true. Almost half of the literal dialogue is lost because it takes longer for the audience to read text. Words are condensed or omitted entirely. Today’s dubbing practice is an art form that maintains high standards of integrity to the original piece. As long as this in place, I believe that dubbing will continue to be the favored standard of viewing by audiences and therefore distributors will continue to supply that demand.

Todd Resnick is a Casting Director (Mattel, Blizzard, Marvel, Simon and Shuster and many other storied franchises) and head of Resnick Interactive Group, a full service voice over casting company.

“Professional networker, student of life, and student of myself. I've been told, ‘holding me back is like holding a horse back.’ My romance with audio production goes back to my deep roots here in Los Angeles, CA. Born and raised in Santa Monica, my passion for sound was sparked as a young boy while at a concert with my father; the engineers were amazing to watch while seeing Guns and Roses live. I was instantly passionate about anything with knobs, buttons, or lights... and the personalities of each. Locating the source and determining the destination became normal to me...and continues in everything that I do today. With fifteen years in the music production and video game development industries, I've been a Business Owner, Pioneer, Teacher, Producer, Engineer, Casting Director and inspirational Team Leader with some of today's well known networks, publishers, voice and musical artists, and students. Relationships spanning the globe feature a meticulously tailored resource network of worldly professionals and marquee content providers. I'm literally the sum total of everyone I have ever met.”

Find out more about Todd and Resnick Interactive Group at resnickinteractive.com.