Why do I feel so under the gun? 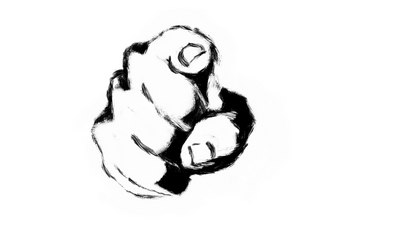 As some of you may know I recently did an MFA in visual art.

In a recent conversation, curator and art critic Michael Davidge asked how I found myself reacting to the crits. I thought about it for a moment and replied that the exchange was very different from what I had experienced in the animation world.

Even as an independent animator I found the feedback of fellow animators generous and aimed at problem solving, and my requests for suggestions warmly received.

While I would often ask for direction around a particular problem (I was self-taught and so was missing some of the animation fundamentals), in the art world I discovered that requesting direction - or worse actually applying someone else’s suggestions verbatim -- was met with disdain.

(As an aside, who came up with the idea that artists have to be somehow prepared through these rough crits for the big bad world out there? Being an artist is tough enough without it. The amount of rejection that we’re put through is astonishing. People who think artists are flakes couldn't survive one month as one, not to mention dealing with the insecurity of not having a steady income.) But back to the sheer illogic of criticizing artists who ask for direction. Sharing ideas shows great respect for a director or artist's own agency. And it allows for trying a variety of solutions to a problem in order to find what works best.

Also sometimes it’s just a really good idea to start by copying someone else’s solution so one has material to work with. If the artistic vision is strong enough, the filmmaker's own agency will kick in and reshape the work to what speaks for them.

While I’ve always found animators incredibly generous in their sharing of ideas, ownership of those views has never - in my experience - come into question. Yet this is something which I found was often an issue within the art making world where “independence of mind,” “authorship,” and "originality" seem to play a huge role even though these concepts have been critiqued for half a century.

So I’m delighted to see artists working in collaboration, sharing ideas, being more concerned about the excellence of the final work than worrying about whose thinking is attached to what. Hopefully that attitude will seep into all art making.

Janet Blatter, a cognitive scientist who also writes for AWN, recently wrote a great piece -- Juggling and the Art of Team-Based Animation -- on a related theme.

Tags
criticism
critique
art school
team based practices
Education and Training
More From Ambling Around:
Next Post
Paintings and InbetweensPrevious Post
What's the difference between art and retail?
Ambling Around
Authored by:
Sharon Katz

The Massive Creative Fellowship Behind ‘The Lord of the Rings: The Rings of Power’
‘The Dragon Prince’ Director Villads Spangsberg Talks Toonlines and Tough Challenges
Laurence Fishburne and Steve Loter Talk ‘Marvel’s Moon Girl and Devil Dinosaur’
Taking an Old-School VFX Approach in ‘All Quiet on the Western Front’
‘Natural Habitat Shorts’: Like ‘Ranger Rick,’ But for Adults
Framestore Sets Sail on ‘1899’ with New Virtual Production Tools
VFX is the ‘Thing’ for Tom Turnbull on Tim Burton’s ‘Wednesday’
We Need to Chat
END_OF_DOCUMENT_TOKEN_TO_BE_REPLACED