If you caught Kibwe Tavares’ short film "Jonah," you know his talent for story craft enhanced with magic realism VFX work is second to none 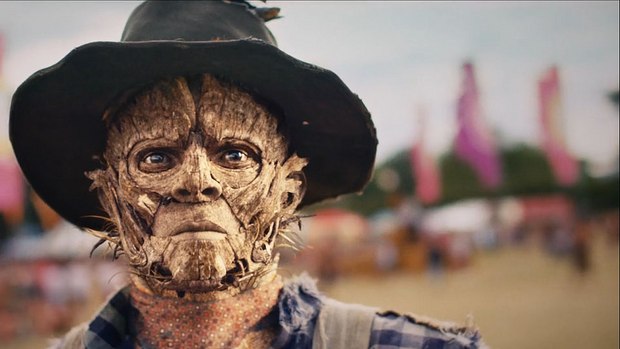 UK director Kibwe Tavares, who stormed onto the Stash radar in 2013 with his breakout short film "Jonah," describes his upcoming project (with VFX from Chocolate Tribe and Factory Fifteen) about a restless scarecrow and an robot pop diva as a “modern fairytale about love.”

Kibwe Tavares: “The inspiration for Robot & Scarecrow came a few years ago when I was due to shoot a music video with Katy Perry.

“I was researching Katy, watching her music videos and a documentary that followed her on tour for a year and there was a scene where Katy had just split up with Russell Brand but had to go out and perform. “There was something really robotic about this and started to make me think that pop stars are commodities. They might be rewarded financially but sometimes at the cost of freedom.

“You see this with the robot in the film – she is quite literally held back by the lifeline (power supply) that is out of her control. “Conceptually our VFX approach is super simple, we shoot the actors insitu, and then replace their faces digitally sometimes with the robot the whole body.

“An animator matches the actor’s performance. We then clean up the edges around them painting out anything that’s not meant to be there. However explaining it is easier than the execution, which is very labour intensive and requires a lot of precision and iterations, and a lot of person-hours.”

See more from Stash at www.stashmedia.tv