A daddy / daughter side project. Many of my Western family and friends are surprised to learn that a growing number of people in China - especially those with small children - have fun celebrating Halloween each year. While China generally lacks the suburban neighborhoods that one typically associates with American-style “Trick or Treating,” Chinese schools, malls and apartment complexes increasingly organize Halloween fun for kids. Our firstborn daughter Claire is now three-and-a-half years old. We’ve raised her to be bilingual and bicultural - including the celebration of Chinese and Western holidays (which makes for a lot of partying). Claire has experienced Halloween in Beijing since she was a baby (or has at least been subjected to embarrassing/adorable costumes by us since then), and last year enjoyed “Trick or Treating” in our apartment complex along with dozens of other families. Claire had a great time, and the “Halloween Horse” - an outdoor sculpture that was decorated for the festivities - made a lasting impression on her (as you’ll see in the video). Claire loves to sing and dance. One of her favorite Halloween songs (which she learned in English at her Chinese daycare center) goes: The refrain substitutes a catalogue of other creepy creatures: With this in mind, while traveling with the kids earlier this month, my wife Wen suggested that we create a series of holiday recordings of Claire as a keepsake. This simple suggestion quickly grew into the idea of creating an animated short in time for Halloween... just three weeks later... with an active toddler and infant on our hands. My first response to Wen was, “How about NEXT Halloween?,” to which she replied encouragingly, “I know you’ll figure something out.” How could I say no? ;-)

As animation professionals, Wen and I have an extensive network of friends who we could engage to animate something for us in short order, but it was important that we do this by ourselves as a “Halloween card” for Claire. I recorded some improvisational conversations with Claire on my iPhone, asking her about Halloween and singing together. The 8th take turned out pretty good, so we used it in its entirety - warts and all. 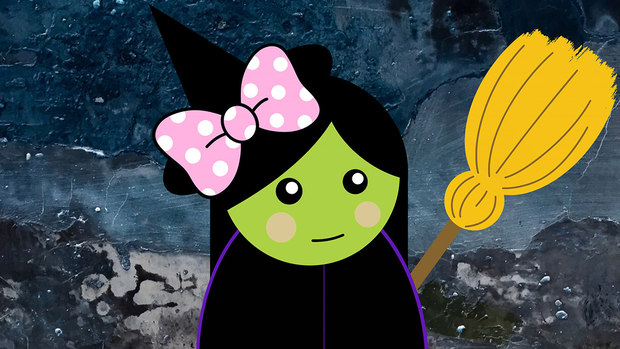 Due to time constraints, I took an “audio book” approach instead of full animation. Early each morning, I jammed out the artwork on my iPad. Wen pulled it all together over the last couple days on her laptop.

It was a true labor of love, and great fun to boot. Best of all, Claire loves it. :-) We hope you enjoy CLAIRE’S HALLOWEEN as well.