And provides lessons for the Middle Kingdom. 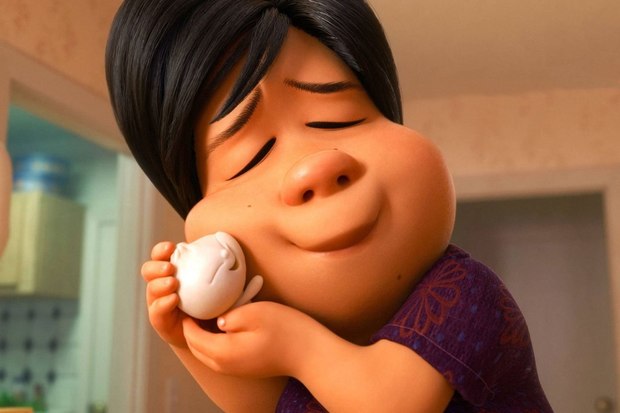 The accomplishment of Chinese-Canadian filmmaker Domee Shi in garnering an Academy Award for Best Animated Short Film at the 91st Academy Awards has prompted a variety of reactions: the joy of Domee’s friends and family, the pride of Pixar, the goodwill of the animation community, the tears of immigrant Chinese viewers, the horror of mainland Chinese viewers (when Bao’s mother eats him), and the optimism of mainland Chinese filmmakers who have expressed their hope that Bao’s win heralds an impending Best Picture Oscar for some Chinese film in the near future.

As a public service to my starry-eyed Chinese comrades in the latter group who dream of one day lugging an Oscar through customs, I’d like to provide my takeaways on the three keys to Bao’s success... Bao is a personal vision, with a relatable story.

Domee Shi was born in Chongqing, China and immigrated to Canada with her family at the age of two. She spent most of her life growing up in Toronto, where Bao is set, and has described the animated short as an ode to Chinese immigrant culture and to mothers. Domee speaks fondly and empathetically of her mom’s very Chinese way of expressing love and care through food, and flags her favorite dumplings as pork & chives (I’m with Domee on that). While Bao is indeed a Chinese story, it is more specifically a Chinese *immigrant* story, with the separation of Mom and baby mirroring the separation of immigrant and homeland). Audience relatability has anecdotally registered highest among nostalgic Chinese ex-pats, with non-Chinese viewers aboard for a good cross-cultural animation romp, and mainland Chinese viewers either bemused or repulsed (by the aforementioned “cannibalism”).

Bao was forged by a dedicated director in a professional production environment.

Domee Shi means business. Her childhood was spent watching Ghibli and Disney films and posting work to DeviantArt. At Sheridan, she studied storyboarding under legendary Disney maven Nancy Beiman. Her Pixar feature animation story credits include Inside Out, Incredibles 2 and Toy Story 4. So, Domee got game.

She also put herself on the right court. When a first-time filmmaker wants to learn from the pros, they can do far worse than Pixar, where story is revered and a deep talent bench is cultivated. A year of development and a year-and-a-half of production went into Bao’s eight onscreen minutes, with the Pixar pros simultaneously supporting and grooming their director while bringing her vision to life. Bao’s “Making of...” featurette paints a compelling picture of the maturity and professionalism that is so often taken for granted in these environments.

In short, when Pixar CCO Pete Docter is on your thank-you list, you’re clearly in good hands. It helps when your animated short film is released in theaters ahead of Pixar’s Incredibles 2, and is featured in the “PIXAR SHORTS: VOLUME 3” DVD release. Plenty of great work gets lost in the fog, so it’s a blessing to benefit from Disney’s marketing and distribution machine. How many Chinese productions have ended up on the rocks - completed - but with no funds left to build awareness, and no confidence from investors and distributors to complete the revenue cycle? On the subject of great work lost in the fog, the 2018 Student Academy Awards featured a noteworthy number of Chinese medalists. This is a harbinger of great things to come from the Middle Kingdom, but only if Chinese creators are serious, supported and uncensored. It’s tough to create in an environment where investors are simply looking for bigger and faster returns than the housing boom provides, and where cartoon characters are banned due to their resemblance to state leaders. (Sorry, Pooh!)

Personally, I’m hoping that Bao’s win for Pixar will motivate Disney to finally produce the script they acquired seven years ago for Tofu Boy. If not, those rights are now contractually available, should anyone be interested in a Chinese Pinocchio tale. :-) Another Chance at Unplanned Parenthood in ‘Teenage Euthanasia’
A Grandma and Granddaughter Bond Over a Love of Wrestling in ‘Nona’
Prime Video’s ‘Do, Re & Mi’ Hits All the Right Notes
Brad Neely Channels his Arkansas Childhood in ‘The Harper House’
Playing a Deadly Board Game of War in Iron Maiden’s ‘Stratego’ Music Video
Patrick Osborne Takes Billie Eilish on a Dreamy Iconic LA Tour
Cantina Creative Helps Turn the Hands of Time in ‘Loki’
Paul Lasaine Talks the Not So 3D World of ‘What If…?’
END_OF_DOCUMENT_TOKEN_TO_BE_REPLACED