What’s on your mind right now? 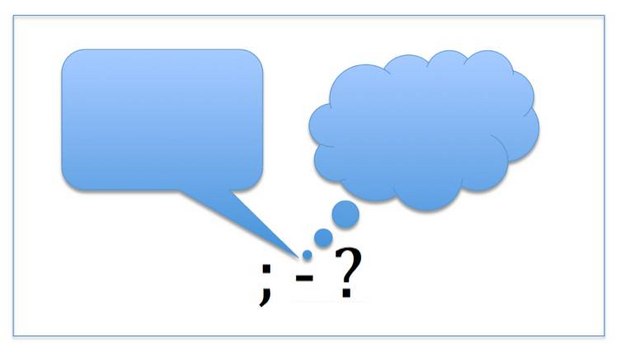 My research tries to uncover specific aspects or features of the objects you are crafting. Making you self-aware of the details you are working on in real-time, at the speed of thought – and at the speed of speech – is the basis of my preferred research method, the “think-aloud protocol.”

“Think-aloud protocols” -- where you are asked to say out loud each move being made -- have been the mainstay of much cognitive research. Indeed, if you are using software programs in your animation pipeline, chances are they got their intelligence from expert “protocol analysis.”  Indeed, variations of this method are currently being used in animation preview or focus group studies. Since the 1980’s, cognitive researchers have used variations of the “think-aloud protocols” to extract deep knowledge from the minds of experts and learners as they do various tasks. Mainly, these tasks were physical puzzles or games like chess. Design tasks and creativity were also studied, but only in experimental conditions.

Typically, the basic approach has a cognitive researcher ask the expert to talk about the individual steps needed to complete a task as its being done. Sometimes this is done during the task, where the expert expresses what’s being thought as it occurs. Sometimes this is done after the task, having the expert watch a video of the activity, and describe each individual step taken. This retrospective, after-the-fact protocol, is considered to be more natural for some experts. But the problem with the retrospective protocol is that relying on memory, even when prompted by a video, will be more abstract and general than grabbing the thought while it occurs.

My motto is that “no animators will be harmed in the making of my research.”

Unfortunately, I haven’t come across studies where animators are asked to do “think-alouds” as they craft their own animations in their workplace. So I’ve been reviewing current research on the pros and cons of the “think-aloud.” As valuable as the method is, it may not be entirely without controversy. Lately, I’ve been looking a bit deeper at what impact this method may have on the participating animators.

For one, experts, by definition, have much of their task knowledge on automatic pilot; they are rarely aware of all the details because the details are chunked together as a fluid procedure. At various stages along the crafting of a work, there is no gap between mind, tool, paper (or screen), and no need to engage in conscious awareness at all. That allows experts to do things faster than beginners. So obviously, you can’t talk about things you aren’t aware of.

Also, I’m asking you to bring to the surface of your mind those thoughts that frequently lie at the outer surface of awareness. These thoughts are called “inner speech” – the little “voice” you sometimes hear in your head. The problem is that “inner speech” occurs at the speed of thought, not the speed of actual talk. And as experts, their speed of thought is generally faster than awareness, faster than action.

And, as instrumental as the “think-aloud” is, researchers in different fields worried that asking the subject to express the thoughts as they seem to happen would influence the outcomes. Early studies in well-structured problems, where the start and end points are clean, have shown that there are few negative effects on the subject’s ability to complete the task. The main effect is one of a brief time lag. Fortunately, this can be offset by having practice runs so that the subject becomes comfortable “talking” and “doing” at the same time.

Then there are times when you have an idea that comes “mid-transit,” emerging like a light from a speeding train of thought. It’s more like a glimmer of an idea, one that still carries the sparks from wildly associated thoughts that led you to this very point. If you are interrupted at the juncture between consciousness and intuition, a pre-thought stage that has yet to solidify in memory, it may be lost. The operative word in this is “interrupted;” there is a difference between being “interrupted” by someone or something not in your control, and doing a “think-aloud” at your own pace with a seasoned researcher.

Finally, there is level of elaborated detail you’re asked to talk about. “Think-alouds” are abbreviated speech, not grammatically correct full sentences. It’s more like saying, “sharpen this,”  than “sharpen this outline by erasing and re-drawing the outline of the cat.”  In other words, I’m not asking you to describe in detail what you are drawing. In routine stages of your work, you draw and think faster, cover multiple features of drawing an object, than can be captured in real-time speech.

The truth is that of course you may be thinking differently in think-aloud settings with someone else in the room, or even doing a self-video think-aloud while you’re working. The real issue, though, is whether “different” is “worse.” Indeed, you may already be attuned to essential “think-aloud” conditions.

First, if you’re an expert, especially in a studio setting, the mechanics of slowing down your thoughts to become self-aware and talking about them is already part of your practice. You do it: 1) when you are working with a colleague, editor, compositor, or producer; 2) when you have to teach someone; 3) when you hit a problem and have to review all the steps leading up to it in order to solve it.

There is another, more subtle time you slow down to the level of awareness. It’s when you lose your expert title. Most artists I’ve studied explicitly have a fresh take on their new works. In essence, they become “novices,” maybe not in the sense of never having worked in the field before, but the landscape, and even the tools may be new. That’s the nature of creativity. Every animator and artist I’ve interviewed is aware that starting a new film is filled with the promise and perils of the unknown and uncertainty. Cognitively speaking, they are learning their way into a new creation. Since the 1980’s, research in classroom and workplace education has found that the ability to self-monitor one’s thinking helps learning and performance in both students and teachers.

So, doing a think-aloud can provide you with opportunities to be more self-aware, and that may be a good thing.

Indeed, many studies (58,000 on Goggle Scholar) have shown that experts have strong metacognitive, self-monitoring skills. In other words, experts can turn off auto-pilot, turn on “inner speech” and bring thoughts to awareness. It’s all about choreographing and channeling all your mental processes, between conscious thoughts about what you are doing, and unconscious actions that seem to just present themselves in front of you.

If done in a timely fashion, having you “think aloud” the vague, emerging ideas in early stages of creation might actually speed up the process. I haven’t done much research with this notion, yet. But I had an informal chat with one of my go-to animators, Steven Woloshen. I casually asked him to “tell me what you’re doing.” Steven began to describe the look of a scene in his looming project. He stopped half way, looked at me more squarely, and said, “I really hadn’t been able to work that idea out before. But now that I’ve said it, I can see it more clearly.”

The Massive Creative Fellowship Behind ‘The Lord of the Rings: The Rings of Power’
‘The Dragon Prince’ Director Villads Spangsberg Talks Toonlines and Tough Challenges
Laurence Fishburne and Steve Loter Talk ‘Marvel’s Moon Girl and Devil Dinosaur’
Taking an Old-School VFX Approach in ‘All Quiet on the Western Front’
‘Natural Habitat Shorts’: Like ‘Ranger Rick,’ But for Adults
Framestore Sets Sail on ‘1899’ with New Virtual Production Tools
VFX is the ‘Thing’ for Tom Turnbull on Tim Burton’s ‘Wednesday’
We Need to Chat
END_OF_DOCUMENT_TOKEN_TO_BE_REPLACED