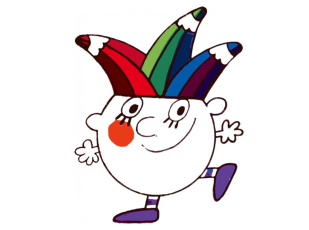 We are happy to inform you that, despite all the twists of fate, we have received the lucky opportunity to hold our beloved “KROK” festival! We have to act fast. And that’s why we sincerely hope that you will swiftly heed our call to send us your film for our selection process. We only have 10 days. We await your films from July 5th to July 15th, 2022.

Due to lockdown, at the end of 2021, we had to cancel the events we had been carefully and excitedly preparing for all animation connoisseurs. We announced the postponement of the festival dates until April 2022, but at the end of February, Ukraine suffered an insidious attack. War broke out. But Art is stronger than grief! It fills us with power! It attracts extraordinary people, the ones who care; it inspires them to rise to the call for help and thus a Miracle happens!

Since 1989 the International Animated Film Festival “KROK” has been a gem of the world’s festival scene and a part of the national cultural heritage of Ukraine. For thirty-three years we have been acquainting Ukrainians with masterpieces of world animation, and showcasing to the world the best works of our artists. During the festival’s existence, many stars of animation of the late 20th- early 21st century have taken part in KROK’s events and programs. We learned from legends and discovered new names. “KROK” has played a major role in the destinies of many outstanding animators of the world, giving them recognition, awards and inspiration.

Among our accomplishments we count: tens of thousands of participants and films, hundreds of thousands of viewers. For three decades we have been shaping the animation tastes of our Country and are well-known in Europe, both among industry professionals and among ordinary lovers of animation.

Animation is a powerful part of refined culture. And during wartime hardship, it is culture that influences the shifting of the accents and the overall process of forming the world’s new cultural paradigm. Currently, every art project of Ukraine is an ambassador fighting against the insidious invaders. Every creative event is an attempt at lobbying an impactful highlight of the cultural news of Ukraine.

In the four months of the war, we have seen with our own eyes that the interest in Ukrainian art events is unbelievably high! Our cultural personalities and specifically the direction and team of our KROK International Animated Film Festival are doing everything on the cultural front in order to highlight artistic events in our native country and draw the world’s attention to them. We are promoting Ukrainian animation exactly when it is ready to be seen. We hope that this surge of interest will not subside after our victory, of which we are absolutely certain. We are sure that our animation will find its way into the hearts of people in every corner of the world.

This year everything is special! And our festival will be unlike all of its previous editions! We hope that it will take place in a few different countries of the world and will welcome the New Year at home, in its native country, now filled with peace and harmony! And our events head off to a great start with incredible partners! We are sincerely grateful to the Ukrainian Cultural Center in Los Angeles (the USA). In August 2022, its visitors will become our programs’ first viewers.

This year we are offering a program of Ukraine’s best-animated films from the last two years. Among them are poetic stories, stunning military satire, lively music videos and extraordinary graduation films of animators from Kyiv and Kharkiv. Some of the films were finished by the young creators under fire in shelters, at metro stations and in different countries of the world, which have lovingly given refuge to our citizens. Ukrainian animation is in tune with the times! It’s original and interesting.

But the International Competition will be incredibly powerful – thanks to you and your creations! Become part of our festival! Even if the war separates you from us and doesn’t allow us to hug each other, be with us in your hearts! We hope that within the framework of our festival your films will be seen by the residents of Ukrainian towns and cities: Bucha, Irpin’, Chernihiv, Hostomel and others.

We accept films that have been finished within the timeframe of September 2020 – July 2022.

We suggest the following file hosting services for sending your films:

Thank you in advance for your interest and cooperation.