Animakom, the second edition, is an international animation festival with live screenings and with awards that will take place in Bilbao from 11 to 15 April 2018. The submission deadline is 20 February 2018. 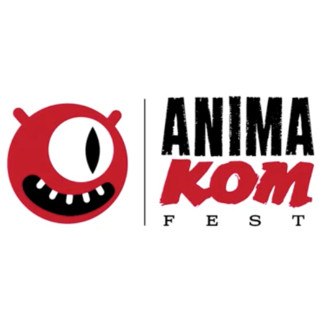 Animakom, the second edition, is an international animation festival with live screenings and with awards that will take place in Bilbao from 11 to 15 April 2018.

The Festival’s submissions are open to films applying all animation techniques, including combinations with live action. Over 50% of the production must be animated, and the Festival reserves the right to determine whether an entry qualifies as animation.
Films should be completed after 1 January 2017.

COMPETITION CATEGORIES
The Festival will only accept SHORT FILMS (maximum running time 20 minutes) which can be submitted to the following competition categories:
1. Short Films Competition
2. Student Films Competition –films produced at an educational institution
On an exceptional basis, the Festival may also select episodes from series provided that they comprise self-contained narratives.
The Festival reserves the right to determine whether an entry qualifies for the chosen competition category.

SUBMISSION PROCEDURE
There is no entry fee.
Submissions must be made online.
Online entry forms are available on: Filmfreeway.com/festival/animakom
The submission deadline is 20 February 2018.
The Festival does not pay screening fees for the works selected for the competition programs.
For each film the applicant is required to fill out a separate online entry form and submit a preview screener of the film (HD codec H264) or a link and a password to download the screener which must be available until 15 March 2018.
The application should contain additional materials: director’s photograph; 3 still images from the film (min. 300 dpi); dialogue list in English.
The work submitted must be the final edition. Unfinished films will not be taken into consideration.
Films with dialogues or narration in languages other than English should have English subtitles. Films with dialogue or narration in English are recommended to be submitted with a screener with English subtitles.

A single international jury proposed by the artistic director of ANIMAKOM will be appointed to judge the two competitions.

The awarding of this prize will be compatible with any of the other prizes. The jury shall undertake to award at least one prize in all categories. At its own discretion it may give more than one special mention in any of the categories.

Before the date of the festival, the Festival shall make known whether any of the prizes includes a monetary payment.

The Festival may permit other Basque, Spanish or international organizations or institutions to present their own awards.

The awarding of these prizes is compatible with any of those awarded by the international jury.