World Festival of Animated Film – Animafest Zagreb invites you to submit your film for the 32nd edition of the Festival, taking place 6-11 June 2022 in Zagreb. 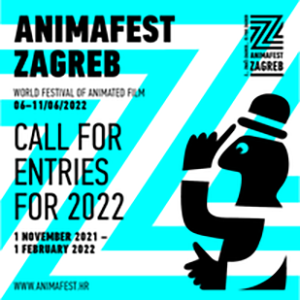 World Festival of Animated Film – Animafest Zagreb invites you to submit your film for the 32nd edition of the Festival, taking place 6-11 June 2022 in Zagreb.

All short and feature animated films completed after 1 January 2021 are eligible to apply via an online application form.

VR/360/interactive projects can be submitted to the following competition category:
1. VR Animation Competition – open to immersive works (created for the Oculus, HTC Vive or Samsung Gear VR) that include animation as the main component

Films compete for awards that are given by international juries.

Submission deadline for short films in all categories is 1 February 2022.

Submission deadline for feature films and VR projects is 15 March 2022.

There is no entry fee.

For all the details, please check out our Regulations. If you have additional questions contact us at entries@animafest.hr.

The Stop-Motion Wonderland of ‘Robin Robin,’ Aardman’s First Musical
Capturing Everest’s Compelling Beauty and Danger in ‘The Summit of the Gods’
‘Far From the Tree’: A Harried Raccoon Confronts the Challenges of Parenting
How Choreography and Color Helped Shape the Vibrant Characters of ‘Encanto’
DNEG Causes Considerable VFX Carnage
Creating the VFX ‘Foundation’ for Apple TV+’s Epic Isaac Asimov Adaptation
‘Tamo Junto’: Coming to Terms with COVID Through Art
Crafting the ‘Ridiculously Charming’ and ‘Far-Fetched’ ‘Dogs in Space'
END_OF_DOCUMENT_TOKEN_TO_BE_REPLACED