Anibar the International Animation Festival in Peja Kosovo will have its 10th edition this year July 15-21. Submit your films today! 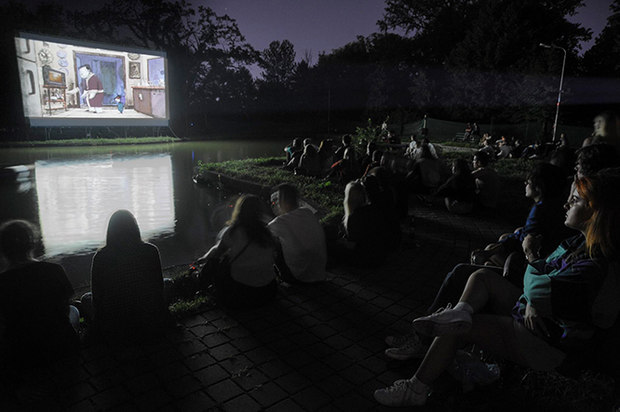 Submit your films today! Anibar the International Animation Festival in Peja Kosovo will have its 10th edition this year July 15-21. The festival will be celebrating the art of animation in the city of Peja for the tenth year in a row in various settings including here the Lake and Cubes cinema both located in the park of the city.

In seven days of the festival last year Anibar had 220 films screened, 3 animated feature film screenings, 4 workshops with up to 100 participants, 4 running cinemas, 8 presentations, 100+ guests at the festival, and 7 nights of music with 30+ musicians from Kosovo and the region performing.

Through the festival, the organization has been able to promote and bring attention to issues that are important to our daily lives. In the 8th edition, Anibar had Reclaim the City! as a theme promoting better usage of public goods, in its last edition, it had 5050 for gender equality, women empowerment and women in animation.
Anibar has a big scope of competition (listed below) and accepts different styles, including animation in combination with Live-action.

Any animated film or music video, including computer-generated animation and combinations of live action, that are completed after January 1, 2018, can participate. Films completed prior to January 1, 2018 are not eligible for participation.

In total Anibar juries will be awarding six prizes in different awarding in total 3,000 euro and the prestigious Anibar crown. The deadline for submitting your film to Anibar is April 30, 2019. Submit your film via FilmFreeWay at: Anibar FilmFreeWay.