Scratch, Crackle & Pop:  A whole grains approach to making films without a camera 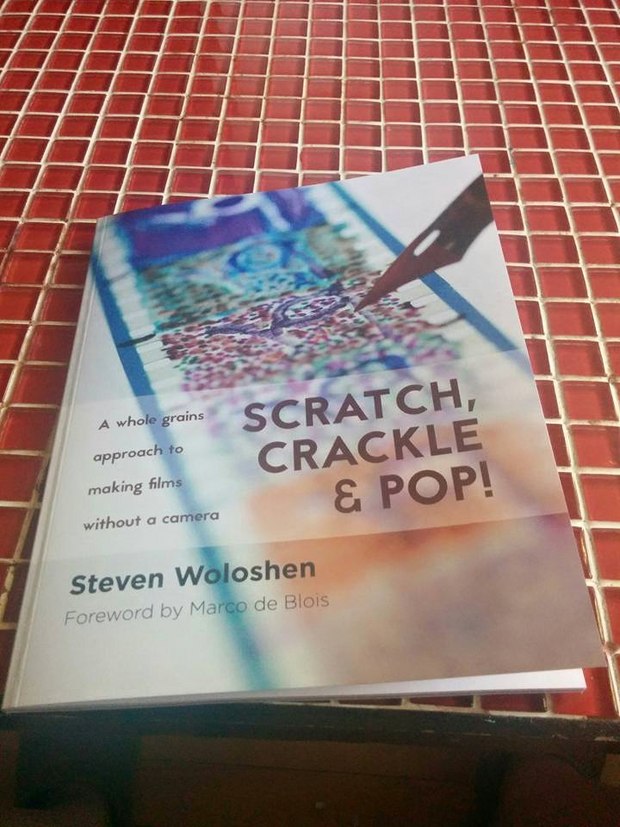 Veteran Canadian animator is the undisputed master of camera-less filmmaking.  His first book Recipes for Reconstruction: The cookbook for frugal filmmakers is an easy to follow guide to making films without a camera or fancy equipment.

His follow up book Scratch, Crackle & Pop!: A whole grains approach to making films without a camera  takes film making to the next level.  It does require some tools, supplies and commitment.

Steven gives a detailed list of all equipment that is needed as well as a complete explanation of use of such tools as a Film Synchronizer along with suggestions for locating the needed items.  He also goes into how to set out all of your new equipment and how to organize your workspace.  Two small samples of 35mm leader are also included so that the readers can familiarize themselves with the look and feel of the film.

The three film examples in the Scratch section begin with a simple exercise on a strip of blank leader.  This takes the readers through the process Steven uses to create three of his films.  The next section, Crackle, is illustrated by four more detailed studies which go further into the process used to hand paint on film.

Thirteen full page color photographs from Woloshen’s films give added visual illustrations to the case studies.  An extensive list of recommended viewing features titles by such well known animators as Stan Brakhage, Paul Bush, Caroline Leaf and Norman McLaren who have used techniques similar to those covered in the book.  There are also suggestions on how and where to find hands on workshops and how to collaborate with others on group projects.

Last but not least is the DVD included of all thirteen films by Steven that are used as case studies in Scratch, Crackle & Pop!.  The DVD alone is worth the $60.00 price of the book.

Snap, Crackle & Pop! is a book that should be in every film school library.  Even if you never intend to try your hand at camera-less film making the book is a useful resource tool for anyone seriously interested in animation.  It will definitely give you an understanding of the processes used when you watch a camera-less film.

You can find out more about Scratch, Crackle & Pop!  At:  https://scratchatopia.wordpress.com

The book can be ordered at:  swoloshen@hotmail.com