The ANIMARKT industry forum is now taking applications for online meetings, and is open until 20 September

The aim of the ANIMARKT industry forum, created by the MOMAKIN team from Łódź, is to establish international cooperation and connect the stop-motion animation market of Central Europe with Western and South America.

Recruitment to the legendary Laika Studio in the USA, individual consultations with representatives of Miyu Distribution and Maur Film as part of "Ask the expert" and the "Show me your project" section - these are elements of the ANIMARKT industry forum, and our recruitment has just started. The organizers will accept applications until September 20th.

The aim of the ANIMARKT industry forum, created by the MOMAKIN team from Łódź, is to establish international cooperation and connect the stop-motion animation market of Central Europe with Western and South America. This industry forum, which has been organized in Łódź for the last 5 years, is a place to get to know the world's biggest names in animation. As part of the Business section, the organizers have prepared the Recruitment section, during which specialists for various positions will be sought after and this is an opportunity to work in the legendary American stop-motion animation studio LAIKA. - This is our way of strengthening the stop motion industry from Central European countries and motivating creators to continuous development. It's also a way to integrate the international stop motion industry - says Paulina Zacharek, founder of the forum. Working at LAIKA Studio, awarded with the Science and Technology Oscar, is a dream of many who are involved in stop-motion animation. During this year's edition of the forum, recruiters will be looking for candidates for the following positions: storyboarder (necessarily with experience); 2D character animator; set designer, prop maker and puppet maker (including people involved in: hair and fur making, animation constructions, costumes and puppet painting). 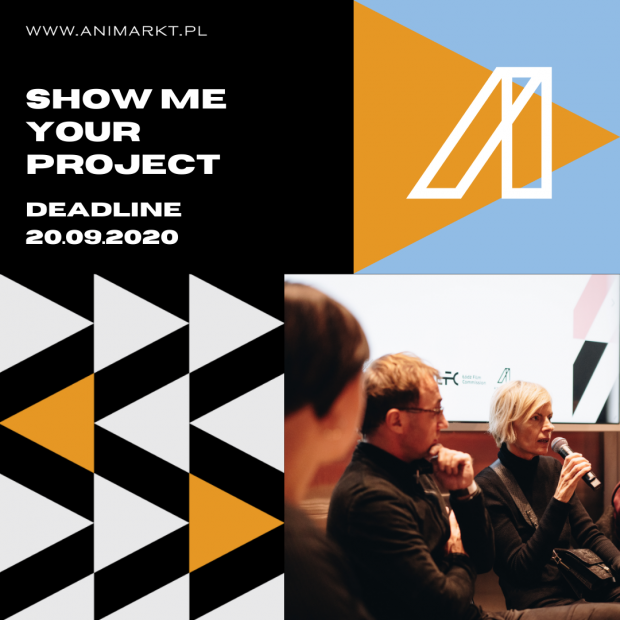 "Show me your project" is another proposal of the industry forum, addressed to authors and producers of feature films or series. From all submitted projects, 15 films will be selected and shown to a group of broadcasters, distributors, producers or sales agents during the forum, which will allow the creators to find potential partners. The submitted projects may be at any stage of realization with the proviso that 80% of the film must be made in stop motion animation technique. "Ask the expert" is a unique opportunity to consult the stop-motion project with selected film industry experts for an hour. Nine experts confirmed their participation in this year's edition of ANIMARKT. In the field of production, consultations will be conducted by: Edwina Liard from Ikka Films and Martin Vandas from Maur Film. The following experts will talk about distribution and sales: Ben Vandendaele from Radiator IP sales, Candice Costa from Miyu Distribution and Natalia Dąbrowska from New Europe Film Sales. Piotr Knabe will lead the consultations on puppy designs, and Tim Allen, a member of ANIMARKT's program council, will lead the animation section. There will also be festival consultations for short animated films conducted by Vassilis Kroustallis from Scheriaa Productions/Zippy Frames and Ivan Zolotukhin from FestAgent.

- We want ANIMARKT to be a meeting place not only for business but also for professional development - says Katarzyna Gromadzka and adds - We often meet many artists, producers and other representatives of the stop motion animation industry at festivals, but we often lack time for longer conversations that will allow us to get to know each other and thus give an opportunity to establish cooperation. This is one of the reasons why we organize for the second time the section "Ask the expert", where through the exchange of experience and comments to the presented project we have a chance to meet specialists on the stop motion animation market. Applications to all three sections have been opened and will last until 20 September 2020. The results will be announced on 25 September. ANIMARKT Stop Motion Forum is co-financed by the Minister of Culture and National Heritage from the Cultural Promotion Fund, International Visegrad Fund and co-financed by the Polish Film Institute.

More about the event at www.animarkt.pl.

MOMAKIN connects the world of animated filmmakers with the international production, distribution and promotion market. It specializes in stop motion projects. It supports animations at each stage of their creation: from planning and financing all the way to distribution. It runs a talent agency and initiates and carries out film projects in Poland and abroad. It engages in the education and professionalization of the film industry. MOMAKIN organizes the ANIMARKT Stop Motion Forum – the world’s only industry event dedicated to stop motion animation. The main partners of ANIMARKT Stop Motion Forum 2020 are EC1 Łódź - City of culture and Lodz Film Commission.