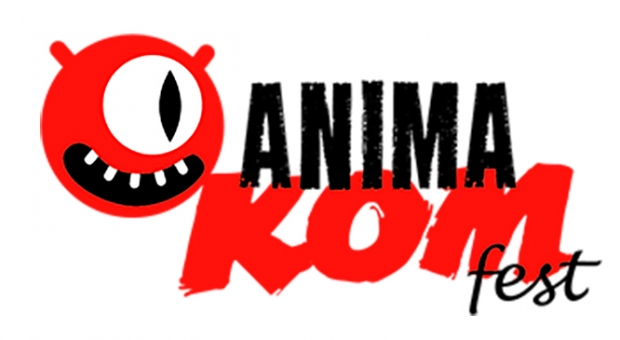 Each year AnimaKom in Bilbao is the place to see the best of Basque animation. Along with the Professional and Student animation competitions, there are always special screenings of the region’s work. To reflect this, Basque animator and AnimaKom jury member Sonia Estévez presented a program of Basque Country and Spanish films by women in the country’s animation industry. Basque Country artist Rafael Ruiz Balerdi’s work is little known outside of Spain. He is an abstract painter who made a four-minute animated film, Homage to Tarzan, Chapter One in 1965. For the project, Balerdi selected parts of a Tarzan film and traced them by hand, frame by frame, directly onto celluloid. The film ended with the words “to be continued”. It never was continued by Balerdi, but Hauzkena Taldea’s Ehiza (Hunting) takes up where Balerdi left off. The five-minute film accepts the original aesthetic proposal but steps away from Homage to Tarzan’s colonial perspective to show the harshness of our own present-day reality where harassment, violence, and destruction have become part of everyday life. The film left me with a very unsettled feeling, which is what it is designed to do. Ehiza (Hunting) won the Laboral Kutxa Award for best Basque Film. From the humorous Cinderella Swing by Myriam Ballesteros to Ehiza (Hunting) by Hauazkena Taldea, Basque animation offers up something for every taste. Cinderella Swing is based on characters from Myriam’s mystery/comedy television series for young people, Masked Cinderella. The three-minute film takes place at the Brother’s Grimm high school where all of the teenage characters from the Kingdom of Once Upon a Time study. It is the night of the big prom but right in the middle of the dance Prince Charming is kidnapped by a giant. Of course, Cinderella goes to the rescue.

AnimaKom jury member Ines Intxausti is also the General Secretary of Zinebi, the Bilbao International Film Festival. Held in the city since 1959, it features documentaries, animation, and other short film formats. Ines presented a program of animated film from the Zinebi Festival. All of the films in the program were made by women.

One of my favorite films this year, Elo (Tie) was in the Zinebi program. Portuguese animator Alexandra Ramires created a haunting film about a man and a woman with two different physical impairments who find each other and discover that one’s shortcomings are the other one’s strength. The film is about adaptation and existing and adapting to your surroundings without any other external help. Alexandra created the film on white paper with a pencil and graphite powder. The drawings were scanned and inverted to create a negative of the original, giving the film its engraved look. Elo, produced at the prestigious Portuguese studio BAP in Porto, has won numerous awards including a Special Jury Mention at AnimaKom. Nils is taking his girlfriend Flora to meet his parents when their car gets ambushed by a group of women on horseback. Flora is taken prisoner and transported to the women’s camp. During the next few hours, the plot takes several strange twists as Flora learns some unpleasant truths about Nils. Catalogs list the film as a comedy/drama and the bloodbath is definitely black humor. The International Jury awarded Blue Fear the International Grand Prix. Another really quirky film that I still enjoy watching even after multiple viewings is the Belgian/Czech Republic film Carousel, which MIYU also distributes. Jasmine Elsen’s visually strange but intriguing film is about a girl who lives in a park with her pet snails. The only threat to their peaceful existence is from snail-eating blackbirds. When two lovers arrive, the girl feels threatened. She withdraws into herself and becomes aggressive as she tries to protect herself and her way of life. It is a film about how fear can dehumanize a person. We are all aware of the terrible events happening in Belarus. Minsk-born animator Yulia Rudistaya brought together fifty animators from nineteen countries to create Animators for Belarus/Long Live Belarus. The animators portrayed their impressions and feelings about this disastrous chapter in Belarus' history. A white flag with a broad band of red running vertical across it is a historical symbol of peace, protest, and hope for the people of Belarus. Those colors also figure prominently throughout the seven-minute film. Each year the festival bestows The AnimaKom Award, and along with Festival Director Pedro Rivero and animator, musician and Zagreb Festival Director Daniel Suljic I had the honor of bestowing the award on Olga Parn and Priit Parn. Since becoming a couple, they have created six films together. I Feel A Lifelong Bullet In The Back Of My Head (2007) was created for the Estonian Poetry Project. Life Without Gabriella Ferri (2008) and Divers In The Rain (2010) followed. Divers In The Rain (2010) is the most successful Estonian animated film of all time, winning numerous international awards including the prestigious Animafilm Zagreb Grand Prix in 2011. Pilots On the Way Home (2014) was made in conjunction with the National Film Board of Canada. The Eyeless Hunter, A Khanty Story (2016) is based on a Khanty legend. The Khanty are indigenous people living primarily in Siberia. Their latest project was to create the Summer segment for the Four Seasons project (2017). The first five films that they made together were screened at a special program. Summer – Vivaldi’s The Four Seasons Animation was shown right after the presentation of their awards at the closing ceremony. Koji Yamamura was the Four Seasons project supervisor. The other three seasons were animated by Russian animator Anna Budanova, who created Spring, Atsushi Wada from Japan created Fall, and Bulgarian/Canadian Theodore Ushev animated Winter. The project was spearheaded by faculty members at Tokyo University of the Arts where Yamamura teaches. The complete Vivaldi’s The Four Seasons Animation premiered on 19 November 2017 in a live performance in Japan and since then has been shown at animation festivals throughout the world. While I was at AnimaKon I recorded interviews with Basque animator Sonia Estévez, screen writer Ana Hormaetxea, and festival director Pedro Rivero. Sonia talked about the inherent difficulties in becoming a female animator in the Basque Country. She did point out that while she can do what she does anywhere, most Basque Country animators do not receive the recognition that they deserve.

Ana spoke about a script she is working on that is about a part of history that most people are not aware of. During the Spanish Civil War, Basque Country children were shipped to England. It was a private initiative and the British government did nothing to help the children integrate into life in the United Kingdom. After the war, some of the children, especially those who had lost all of the members of their families, decided to stay in England, while others opted to return to Spain. Both groups of children had a very difficult time and never felt as though they fit in anywhere. Ana is currently looking for a producer for this fascinating project.

As well as being the AnimaKom festival director, Pedro is an award scriptwriter and director. He is best known for his script work on the multi-award-winning live-action film The Platform (2019) as well as co-directing the animated hit films Birdboy (2011) and Birdboy: The Forgotten Child (2015). Pedro is a consummate host; his hospitality and generosity know no bounds.  One day he took the entire group of guests to Frentealagua, a lovely restaurant run by his friend Ana De Arriba. The interviews will be presented online at a meeting of The London Animation Club along with a question and answer session with Nik and me on 17 September at 7 PM London. Following the live presentation, the interviews will be on youtube.

Along with the delicious food, the restaurant is located overlooking the River Nervion which runs through the center of Bilbao. The sumptuous meal was followed by a special guided tour of the Getty Museum. Another day we took a boat trip down the Nervion River to the town of Getxo near the mouth of the river. On the boat, we passed under the unique Vizcaya Bridge. It was designed by the Basque architect Alberto de Palacio and was completed in 1893. The 45-meter-high bridge spans 160 meters, merging 19th-century ironworking traditions with the then-new lightweight technology of twisted steel ropes. It was the first bridge in the world to carry people and traffic on a high suspension gondola. The Vizcaya Bridge was the model for many similar bridges throughout the world, however today very few of the others are still in operation. The bridge was considered one of the outstanding architectural iron constructions of the Industrial Revolution and is a UNESCO World Heritage site. Bilbao is a wonderful town for dining. Being a late-night city there are plenty of bars for late-night drinks and tapas. Each evening Pedro took us to various watering holes in the heart of the old town. I can’t thank Pedro enough for inviting Nik and me to be part of AnimaKom again this year. I also want to thank Isa Molinos and Javier Ramos Escapa who took good care of all of us and made sure that we didn’t get lost. A big thank you also goes to the entire crew of AnimaKom. They all worked hard to make sure that everything went off without a hitch, preparing the Bilborock Theatre by blocking off every other seat and making sure when we all wore masks and used the hand sanitizer before entering the screening room. The Bilborock Theatre is a former church that is now a music and theatre venue, as well as being home to the festival.

I am already looking forward to AnimaKom 2022 which will be held at the end of June/beginning of July.  You can learn more about AnimaKom 2021 and how to submit your film to the next festival at: www.animakom.com

Best Female Director: Where Were You, Maria Trénor Colomer – Spain

‘Young Justice: Phantoms’ Fashions New Take on Adolescent Heroes
Three Acclaimed NFB Animated Shorts to Put on Your Radar
How Your Animation Studio’s Review Process Could be More Efficient
‘Namoo’: An Artist Reflects on Life, Death, and Everything In-between
‘Jurassic World: Camp Cretaceous’ Balances Heavy with Heart in Season 4
Look Inside Development on Riot Games’ ‘Teamfight Tactics: Gizmos and Gadgets’ Trailer
‘F’ is for ‘Family,’ ‘Forgiving’ and ‘Effing Funny’
A Lonely Otter Finds Unusual Companionship in ‘I am a Pebble’
END_OF_DOCUMENT_TOKEN_TO_BE_REPLACED