Although the animation community in Azerbaijan is not large it has a rich history. 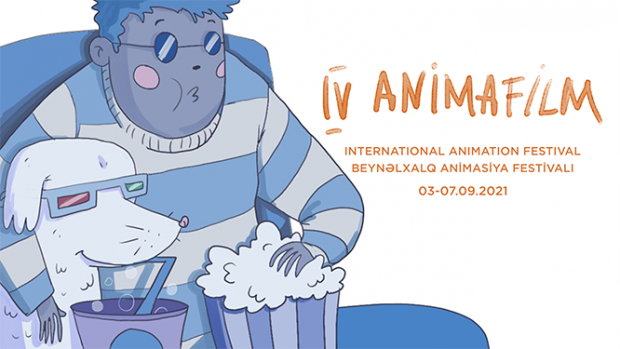 I first became intrigued by the ancient Silk Road city of Baku when I read Tom Reiss’ book The Orientalist.  At the beginning of the 20th Century, Baku, which lies on the Azerbaijan shore of the Caspian Sea, was the first petroleum boomtown. It is now transformed into a very modern city with remnants of the great wealth of the past are evident in the beautiful old mansions that line tree-shaded avenues. They push up against the walls of the original old town. When Rashid Aghamaliyev, Director of Animafilm, invited me to be on the jury I was very excited and my expectations of Baku were not disappointed. Although the animation community in Azerbaijan is not large it has a rich history. In 1933 the Azerbaijanfilm Studio began to use animation in the production of documentaries. By 1938 animation was being fully utilized in educational films and in 1939 the studio created the country’s first completely animated film, Unhappiness of Abbas, based on local folk tales. Their next animation project was slated to be Sindbad the Sea Traveler, which was going to have a soundtrack. Unfortunately, World War II broke out and the film was never finished.

Animation did not flourish again until the 1960’s when the national Jafar Jabbarly Azerbaijanfilm Studio received new, improved facilities. During the ’70s and ’80s animation flourished. After this period, due to the lack of modern equipment, the quality of animation declined. This is changing in part thanks to Rashid and the festival where I met a group of enthusiastic young animators. At the festival, I was also lucky enough to meet one of the modern legends of Azerbaijan animation, Frangiz Kurbanova. After graduating from the Baku State Art School and Ukrainian Polygraphic institute in 1971 she worked as a production designer on feature and documentary films. Turning to animation in 1978 she has created numerous films and has been awarded the title of Honored Worker in Azerbaijan Culture. After 50 years and more than 30 films, Madam Kurbanova is still creating beautiful animation. Her latest film, Skullcap, won the Best Azerbaijan film award at Animafilm. As part of this award, she will receive a trip to France to participate in the Annecy Animation Festival along with a MIFA accreditation. The Annecy award was given courtesy of the Institute Français d’Azerbaijan. Another noted Azerbaijani animator at the festival was Elchin Hami Akhundov who is also a brilliant storyteller. He began working in animation in 1966. From 1994 to 2012 he was the artistic supervisor and eventually the director of Azanfilm.

One of Elchin’s great pleasures is working with children and he is the founder of Gurama, the first children’s animation studio at the Integrated Boarding School No 11. It is a boarding school for children from disadvantaged families as well as those lagging behind in development. At Gurama the children develop their own themes, write the scripts, and do their own voiceovers in the process of creating simple animations.

Elchin has also received the title of Honored Worker in Azerbaijan Culture. In 2019 the organizing committee of Animafilm honored Frangiz Kurbanova and Elchin Hami Akhundov with the Golden Boat Award for their invaluable contributions to Azerbaijani animation. This year director of photography Ramiz Aghayev was the recipient of the Golden Boat Award.

The 2021 edition of Animafilm was dedicated to people with disabilities; Proceeds from festival ticket sales went to help children with them. To make it easier for disabled people to attend festival screenings the festival provided free transportation for them. The opening and closing ceremonies also had a sign language interpreter. At the opening ceremony, Dutch animator Floor Adams’ Mind My Mind was screened. The beautiful hand-drawn film delves into the autistic mind with a portrait of a young man whose brain is wired differently. It is an important reminder that not all disabilities are visible. The festival screened 134 films in 12 international and local categories from the Grand Prix for Best Short Film to Best Azerbaijani Screenplay for a Short Animated Film. The best Short Animation Film award went to the Icelandic film Kitchen By Measure by Solrun Yifa Ibgimarsdottir and Atli Arnarsson. In the film, a man builds his wife a brand new ultra-modern kitchen with every time-saving gadget in the world, which has disastrous results for the wife. Kitchen By Measure explores gender roles and how they are still relevant today. It is based on a short story by the noted Icelandic writer Svava Jakobsdottir.

Along with Nik and myself, there were seven other members on the International Jury. Irada Baghirzade and Masud Panahi from Azerbaijan were present at the deliberation. Olivier Catherine from France, Mariam Kandelaki of the Republic of Georgia, Piotr Kardas in Poland, and Maryam Rouhbakhsh and Mehdi Khorushy from Iran joined us via the internet. Each juror watched films in three to five of the eleven categories that prizes were awarded in. It made for a rather complicated jury meeting but in the end, we were all happy with our decisions. Each jury member was also allowed to give a special mention to any film that they felt deserved to be brought to the public’s attention. There was also a seventeen-member children’s jury that selected the Best Film For Children and the Best Film made by a child. In addition to their jury duties, they also attended workshops led by Aynur Zarrintac, where they learned about different animation techniques and experimented with stop motion.  The members of the Children’s Jury also got to have a private meeting with two legendary Azerbaijan animators, Elgin Hami Akhundov and Masud Panachi. Festival screenings and events were held in three locations. The main screening room and festival office were located at the Union of Cinematographers building. Master Classes were held at the historic Molokan Center. The building, known as Molokan Temple, now houses the Salaam Cinema. Built in 1913, it was originally a place of worship for Molokans in Baku, who follow a branch of Russian Christianity. Under the Soviet regime, the building was taken over by the state, becoming the birthplace of Azerbaijan’s first radio station in 1926. After decades of disrepair, the building was taken over by a group of young people as part of the international Salaam Cinema movement, which established a safe space for isolated groups in conservative societies. It takes its name from the 1995 movie, Salaam Cinema by Iranian filmmaker Mohsen Makhmalbaf. Along with the indoor screening room, Salaam Cinema has an outdoor garden where nighttime screenings were held. A family-oriented screening of Ernest and Celestine was held at ARTIM, Baku’s gallery of modern and experimental art, located in the old city. A special highlight of my visit to Baku was a tour of the old walled city given by Elchin Hami Akhundov to Nik and me. He was born and raised there so he knows the area well. The walled city with the Shirvanshah’s Palace, Maiden Tower, numerous homes, and businesses, comprises the remains of an ancient town. The Shirvanshah’s Palace is the most prominent example of Azerbaijan architecture from the Shirvanshah dynasty (mid-9th century to the early 16th century). It is thought to have been built mainly as a memorial complex rather than a residential palace. It contains mausolea, pavilions, a mosque, and a bathhouse. The Maiden Tower is an architectural fete. It is a cylindrical eight-story structure 29.5 meters tall. It is one of the oldest structures in Baku. There are different theories about when and for what it was built, but none of them have been entirely proven. Some scientific sources indicate that it is a paramount example of Zoroastrianism and pre-Islamic architecture in Iran and Azerbaijan. Since this predates the arrival of the Islamic religion, it is possible the building began as a Zoroastrian temple.  It has also been suggested that the tower could have been used as an astronomical observatory or a lighthouse. We were lucky to have such a wonderful and knowledgeable guide and our trip to the old city with Elchin will remain a treasured memory. On another special afternoon, Rashid took Nik and me out of the city to swim in the Caspian Sea. Although it is called a sea, the Caspian is actually the world’s largest salt lake. The water temperature, at least near Baku is bathwater warm. Baku is a very green city with lots of trees and flowers as well as numerous parks so it was interesting to see that just a few minutes drive from the city center the topography becomes arid and very dry with sparse vegetation. I also discovered that the eggs of the beluga sturgeons, the largest freshwater fish, are the source of beluga caviar. The majority of the world’s beluga caviar comes from the Caspian Sea. A big thank you goes to Rashid Aghamaliyev and his wife Nazrin Aghamaliyeva for inviting Nik and me to be part of Animafilm IV and for the warm hospitality that they showed us. We also enjoyed getting to know the festival staff and volunteers who went out of their way to do everything possible to make our stay memorable. From Baku we flew to Cypress for Animattikon so the adventures continue . . . You can find out more about the festival on their website:    www.animafilm.az

The Stop-Motion Wonderland of ‘Robin Robin,’ Aardman’s First Musical
Capturing Everest’s Compelling Beauty and Danger in ‘The Summit of the Gods’
‘Far From the Tree’: A Harried Raccoon Confronts the Challenges of Parenting
How Choreography and Color Helped Shape the Vibrant Characters of ‘Encanto’
DNEG Causes Considerable VFX Carnage
Creating the VFX ‘Foundation’ for Apple TV+’s Epic Isaac Asimov Adaptation
‘Tamo Junto’: Coming to Terms with COVID Through Art
Crafting the ‘Ridiculously Charming’ and ‘Far-Fetched’ ‘Dogs in Space'
END_OF_DOCUMENT_TOKEN_TO_BE_REPLACED