The selections for the XVI EDITION of the Sardinia Film Festival Award are open, with a fresh look 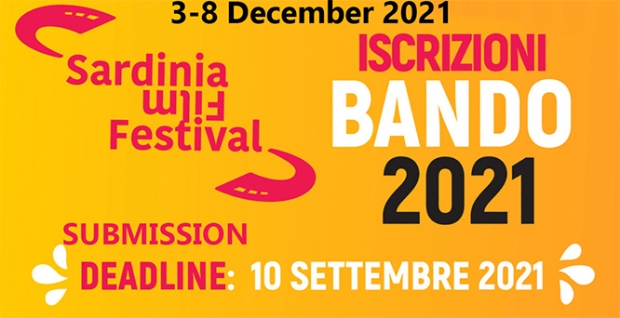 The selections for the XVI EDITION of the Sardinia Film Festival Award are open, with a fresh look and … a new artistic director!

The Sardinia Film Festival, taking place from 3 to 8 December 2021 in Sassari, is dedicated to animated cinema and its relationship with other arts under the Artistic Direction of Luca Raffaelli.

Selections are open until September 10, for the 2021 Sardinia Film Festival.

The international film award was born in 2006, thanks to the historic cultural association Cineclub Sassari, which has always been involved in promoting the international movie scene in Sardinia.

The initiative, counting many awards and part of the ACIF (Association of Italian Film Festivals), is back in its 16th edition with a fresh look, completely focused on the animation genre, and a new artistic director to unveil.

What are we looking for?

The theme is free, it must be a Sardinian premiere, dating back to 2020 and lasting no more than 40 minutes (including titles, please), in English, Italian or Sardinian, Tabarchine, and Catalan, otherwise don’t forget to include the subtitles (English or Italian)!

Participation is free as always and there are many prizes in the competition:

Bruno Bozzetto Award for the film on the side of Nature and Animals,

Manfredo Manfredi Award for the film that gives space to doubt,

Fusako Yusaki Award for the film that loves synthesis,

Therefore, authors and animators take a look at our latest announcement, available with all the details on https://filmfreeway.com/SardiniaFilmFestival

For ‘Loki’ VFX, Time is On Method Studios’ Side
Nailing the Unique, Stylized Animation of ‘What If…?’
Virtually Sensational: Previewing SCAD AnimationFest 2021
‘Star Wars: Visions’ Takes Japanese Culture and Anime to a Faraway Galaxy
‘Chicago Party Aunt’: Turning Life’s Sh*t into Mike’s Hard Lemonade
Talking Real-Time Animation with DNEG, BRON, and Chromosphere
France’s TeamTO Gets By with a Little Help from Their Friends
Another Chance at Unplanned Parenthood in ‘Teenage Euthanasia’
END_OF_DOCUMENT_TOKEN_TO_BE_REPLACED