The animation production company’s CEO and co-founder discusses the ‘Why now?’ and ‘What’s next?’ of the streaming giant’s surprise acquisition earlier this week of the studio he started more than 30 years ago. 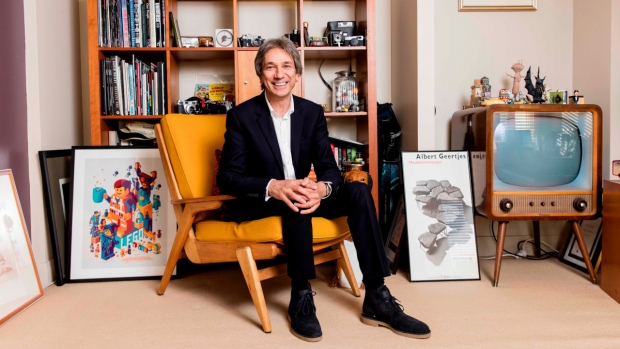 With this past Tuesday’s surprise announcement of its pending acquisition of leading independent animation production house Animal Logic, Netflix signaled loud and clear that despite recent cutbacks in its TV animation development slate, when it comes to animated features, its full speed ahead. The deal, which reportedly keeps Animal Logic’s brand and operations separate and intact, coupled with executive management changes revealed Wednesday in its feature animation group, demonstrate Netflix has serious plans to keep a healthy, aggressive slate of animated movies feeding it's interntaional programming engine for years to come.

The day after the deal was revealed, Netflix made VP animation film Karen Toliver head of the animation film team; former head Melissa Cobb - who joined the company four years ago to lead the team – will remain with Netflix as a producer. Toliver, who joined the streamer this past February from Sony Pictures Animation, won an Oscar in 2020 for producing Matthew A. Cherry’s animated short, Hair Love. Gregg Taylor, another VP animation film, will also transition into a new role as producer. Bruce Daitch, former VP animation production operations, will leave the studio after helping the Animal Logic team transition for at least the next few months.

The Sydney-headquartered Animal Logic is known for its high-profile work on films like Happy Feet, Legend of the Guardians: The Owls of Ga’Hoole, The LEGO Movie franchise, and Peter Rabbit 1 & 2.

Netflix just released Oscar-winning Big Hero 6 director Chris Williams’ Sea Beast, with animated fare on the horizon including films like Wendy Rogers’ The Magician’s Elephant (in production with Animal Logic), Nora Twomey’s My Father’s Dragon, and Nick Bruno and Troy Quane’s Nimona, as well as Henry Selick’s Wendell & Wild, and Guillermo del Toro’s Pinocchio. There’s even an Aardman sequel to Chicken Run. Don’t forget, Netflix not too long ago signed a lease for a 170,000 square foot animation studio in Burbank. When everyone was working from home. There lots and lots of animation headed our way from the land of "Tudum."

The streamer and Animal Logic already have close ties, with films in production at the studio’s Sydney and Vancouver studios including Rogers’ and the recently announced The Shrinking of Treehorn, directed by Ron Howard. The studio currently employs around 800 people primarily at those two locations.

So, what’s the skinny on the deal? I talked to Animal Logic CEO and co-founder Zareh Nalbandian to find out.

Dan Sarto: So, let me dive right in. Who approached whom?

Zareh Nalbandian: It happened quite organically. We started working with Netflix on the first project we've been working with them on, The Magician's Elephant, about two years ago. And the relationship developed very quickly and organically but became very strong as we started making this movie together, realizing that we had similar aspirations, similar goals, similar values, and even similar cultures.

Our shared aspiration for making innovative, amazing, diverse, animated movies for global audiences… that started a conversation. So, the short answer to your question is they approached me asking whether I would be interested in them acquiring the company because they saw it as a way of taking their animation aspirations to the next level. They said there's only one company that they would consider acquiring in the world and it was Animal Logic, and that was very flattering for me.

But for 30 years I've been fiercely independent because it's given me the opportunity to take chances, to innovate, to really support our teams and to support our culture of innovation and doing great work with great people, which is our motto. So, it didn't happen immediately. We then started to make another film together and over the course of last year, our relationship grew even stronger.

But I also saw such turmoil and change in the industry at large. And for me, it was like, here's a company that's got the same aspirations as we do, and they're supporting diverse, incredibly high-level filmmakers making their first animated films like I am with Ron Howard directing The Shrinking of Treehorn. They're really expanding the scope of the creative animation industry.

And add to that, the kind of industry churn in terms of leadership changes, in terms of acquisitions, mergers, changes of strategy, and I really thought, “You know what, their desire to acquire us and to take Netflix animation to the next level, and take Animal Logic to the next level, is really the very best strategy for our company going into the future.” How do I guarantee the next 30 years? How do I secure great continuity of projects and jobs for our great crew around the world? How do we support the growth of our teams so that we can take on more in Australia and Canada? And all those things, you know, all those boxes were ticked with Netflix.

DS: Well, the animation and, especially, the VFX industries have always been tough businesses. VFX has seen a number of studio closures and acquisitions, including some really big deals, in recent years. But in an odd way, the pandemic, coupled with the growth of streaming platforms, has seen those businesses boom more recently in unprecedented ways. So why, when your opportunities for growth feel more solid than ever, give up your independence and do a deal now? Does it still come down to now seems the right time to sell, cutting your financial risk, realizing the financial upside of your ownership, especially since you will continue to operate under the Animal Logic brand?

ZN: That's a really good observation. A little bit of credit for the way we've run the business is that we've always been sort of strategic and opportunistic at the same time. We started in advertising doing big ads in the 90s. We even worked with Gore Verbinski on advertising. He flew to Australia to do post-production with us when we were an ad company. The we moved into film visual effects… we worked on his first film, Mouse Hunt, but of course then The Matrix, and then we worked with George Miller on Babe. And George gave us the opportunity on Happy Feet where we set up an animation pipeline.

And my passion has been how do I build a company of what I call filmmakers, not shot makers? I didn't ever want to be a company where we were a commodity, where the culture didn't feel like we were creatively invested. And by the end of Happy Feet, I felt, “This is what it feels like to make a movie.” So, I started Animal Logic Entertainment, and we developed and produced Legend of the Guardians: The Owls of Ga'Hoole with Zach Snyder. That was the first movie that I produced, and ever since then, I've been really invested in developing IP and to making our own movies.

Fast forward to pre-pandemic. I didn't have a crystal ball. I didn't know it was around the corner, but I made the decision to stop taking on VFX vendor work. And there was a lot of it, but of course, I didn't know it was about to dry up. So luckily, I did make that decision. But post Peter Rabbit 2, I decided to double down on animation and hybrid, double down on the Animal Logic Entertainment movies that we were developing, but also entire movies that we could make with partners like Warner Bros, Netflix, and Paramount.

We did that just before the pandemic, and we locked in some great projects. We were working on The DC League of Super-Pets, which is just about to release. And then we took on The Magician's Elephant. And, then we started The Shrinking of Treehorn, another movie for Netflix up in Vancouver, and Toto for Warner Bros. more recently.

So, over those two years, we had a number of projects lined up, luckily, so that when the pandemic hit, because we're an entirely digital company, we were able, I hate the word, but we were able to pivot. And within two weeks we had hundreds of people around the world working from home, but staying connected, and still making movies.

DS: I actually visited your Sydney studio in 2016. I’ve always been impressed with the quality and variety of the studio’s work. Your profile has obviously continued to grow, as has the variety of animated projects you’ve produced.

ZN: We like to take on projects that are all very unpredictably different from each other, from penguins and owls to LEGO bricks and rabbits. There is no commonality there. There is no house style. What’s common is that every picture is innovative and very different.

And I will say it's worth noting the acquisition by Netflix will secure the company's future and its growth. It'll continue to grow. Netflix is a really powerful technology company, and we've always had incredible technology in our DNA. Chris Godfrey and I, when we started Animal Logic, we already had a technology company called Discreet Logic, which we eventually sold. But we started with writing our own code and building our own tools, so we could support the creatives and their vision. And that's been in the DNA of the company for 30 years. If you now combine that with Netflix's technology prowess, there's going to be so much more opportunity for innovation at Animal Logic.

ZN: I think the former. I've still got great ambitions about what we can do with our studios. We're committed to a new headquarters in Vancouver that we'll move into in two years’ time, which will be a state-of-the-art facility that will allow us a lot more room for growth. And we want to do the same thing in Australia. And so, I'm here for the time being, because I do want to drive that strategy and vision. That’s really exciting for me.

I'd like to fulfill that strategy before I sort of go off and produce films. Animal Logic Entertainment and our independent live-action company, Truant Pictures, remain under my ownership and I will continue to produce movies under those two labels. So that will be how I split my time between driving the future vision of the studios and at the same time, driving our creative production companies.

DS: Last question. The acquisition news stated that you're going to continue working with clients that you already have projects and relationships with. What are the plans for Animal Logic business development? Are you going to phase out projects with anyone besides Netflix?

How ‘Luck’ Applies a ‘Less is More’ Approach to Comedy
Z is for Zagreb: The Animafest Zagreb Exhbition 1972-2022
Dude! - ‘Rise of the Teenage Mutant Ninja Turtles: The Movie’ Arrives
‘Super Giant Robot Brothers’: A Milestone in Virtual Animation Production
‘Luck’ Aims to Bring Hope to Kids In and Out of Foster Care
Pre, Tech, and Post: The Many ‘Vizings’ of ‘Chip ‘n Dale: Rescue Rangers’
Hammering Out the VFX in ‘Thor: Love and Thunder’
END_OF_DOCUMENT_TOKEN_TO_BE_REPLACED