What Future Lies in Store for Non-Comedy Adult Animation? 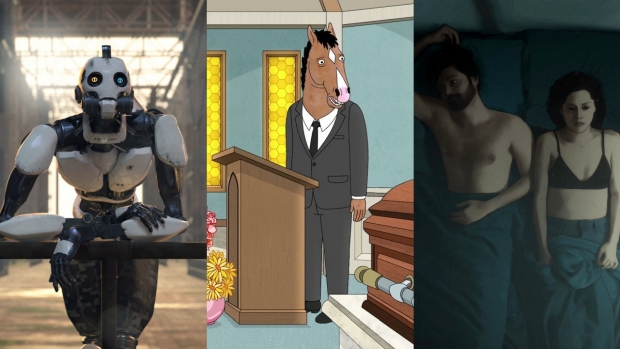 When most people think of “adult animation,” they usually consider successful comedies like The Simpsons, South Park, or Family Guy, high-profile shows that have generated big dollars and ardent fan bases over the course of several decades. But for major networks and producers, adult animation increasingly means much more than funny, raunchy cartoons. To a growing number of broadcast and streaming players, non-comedy adult-focused animation increasingly appears to be a growing part of their current and future animation development and programming plans.

That’s the opinion of animation production veteran John Evershed in his new white paper, “Adult Animation: Finally Breaking Free of its Comedy Shackles.” Evershed is the former CEO of Mondo Media, where he oversaw the company's adult-focused animation channel on VRV and generated over 6 billion views on YouTube. He has produced a number of hugely popular animated shows for adults, including the multiple Annie Award-winning Happy Tree Friends (TV series and shorts), and Dick Figures: The Movie, winner of the Berlin Film Festival award for best animated movie for adults. Evershed also executive produced Gary and His Demons - currently airing on VRV and Syfy, and the Mondo-produced series airing on the Mondo Animation Hour on El Rey. Currently, Evershed is CEO of the newly formed High Concentrate LLC., where he consults on animation series production and IP development. Evershed produced the white paper because he “wanted to take a comprehensive look at the adult animation market that’s rarely broken out as a discreet category.” The report details a marked increase in the number of upcoming animated series for adults and an overall increase in the diversity of hybrid comedies and non-comedy genre series (horror, sci-fi, etc.). Key factors cited for this increase include expanded programming needs for the growing lineup of SVOD platforms; growing audience comfort with a wide array of animated content genres; and the fact that non-comedy animation typically exports better internationally than culturally specific comedies.

According to Evershed, “Netflix has ramped up its adult animation efforts by ordering a diverse line-up of new series, building a dedicated studio, and doing a first look with Titmouse, arguably one of the largest independent studios focused on adult animation. Hulu, after losing licensed series from Adult Swim and South Park to HBO Max, is pivoting towards an original lineup of animation from Marvel. The new SVOD entrants have taken notice and most have factored adult animation into their plans.”

He goes on to explain that many new linear networks are also getting into the adult animation game. “AMC has ordered two seasons of Pantheon, an animated drama,” he shares. “Syfy is airing its TZGZ block of animated sci/fi comedies with an eye towards finding a hit. Fox is expanding its Animation Domination block with the addition of several new series. Quibi, with its focus on 18-34s, has ordered several new animated series, understanding that adult animation will be a winning formula on their platform when it launches.”

Evershed is making the white paper available for download free of charge on his website; by sharing his research with the industry, he hopes to encourage producers to expand their development focus into storytelling genres they hadn’t previously considered for animated content. The opportunities, his report concludes, are significant. “The net effect of the increase in appetite for adult animation from the streamers, linear channels and digital platforms, combined with the trend towards non-comedy genre series, will make adult animation one of the fastest growing animation categories and a wide open greenfield opportunity for studios and talent.”

Click here to get your copy of “Adult Animation: Finally Breaking Free of its Comedy Shackles.”