What are all those paint men digging? - ' Leaving the Table'

Every Monday or so, Chris Robinson asks an animator how they made a particular film. This week: Christopher Mills discusses his music video for Leonard Cohen, Leaving the Table. 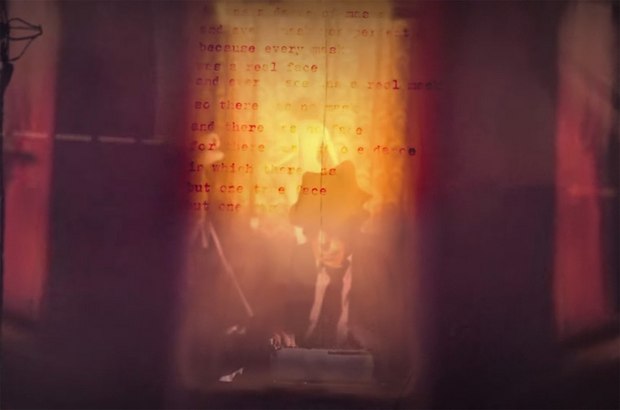 'Leaving the Table' by Christopher Mills

I spoke with the active participants involved: Polaris prize [Canadian music awards], Sony music, Mr. Cohen’s management, and Adam Cohen, and pitched a sort of “upbeat wings of desire” kind of idea, that had Mr. Cohen joyfully revisiting some of the places and moments of his life. I think the goal of the project was to explore the sort of “moving on” themes in the song in the context of a “continuation” rather than an ending. It’s a bit of a theme that I keep coming back to in other videos, like the vids for Metric, Modest mouse, Lucie Idlout, The Tragically Hip, and other bands.

The video is made out of sketches, drawings, photos, paintings, digital paintings, video clips, and other bits and bobs all consolidated into a straightforward After Effects / Premiere pipeline.

It was a bit of an intimidating prospect to create something for this artist. I always thought the best way to face intimidating stuff is to face it head on with honesty. I reviewed some archival materials with the involved parties, made some initial sketches / paintings that were approved, then ripped forward.

I went with a mixed bag of media (paintings, video etc.), to try to make a soup that blended some ingredients that were hand made, others that would move in time (like blowing leaves), and others that I just really had to get done quickly because, holy shit, deadline…etc.

It was a delicate thing to balance the project’s needs and my health – I’d (respectfully) rather not say.

Making sure to keep a health pace while at the same time being led by a furiously hungry feeling of inspiration, respect, love, and admiration for the subject matter, and the wonderful people who blessed me with this project.

Absolutely. I’d like to keep doing this until I am dead.

Leaving the Table by Leonard Cohen on VEVO.

The Massive Creative Fellowship Behind ‘The Lord of the Rings: The Rings of Power’
‘The Dragon Prince’ Director Villads Spangsberg Talks Toonlines and Tough Challenges
Laurence Fishburne and Steve Loter Talk ‘Marvel’s Moon Girl and Devil Dinosaur’
Taking an Old-School VFX Approach in ‘All Quiet on the Western Front’
‘Natural Habitat Shorts’: Like ‘Ranger Rick,’ But for Adults
Framestore Sets Sail on ‘1899’ with New Virtual Production Tools
VFX is the ‘Thing’ for Tom Turnbull on Tim Burton’s ‘Wednesday’
We Need to Chat
END_OF_DOCUMENT_TOKEN_TO_BE_REPLACED