What are all those paint men digging? - ' Choreography for Copy Machine (Photocopy Cha Cha)'

Every Monday or so, Chris Robinson asks an animator how they made a particular film. This week: Chel White discusses his classic short, Choreography for Copy Machine (Photocopy Cha Cha) 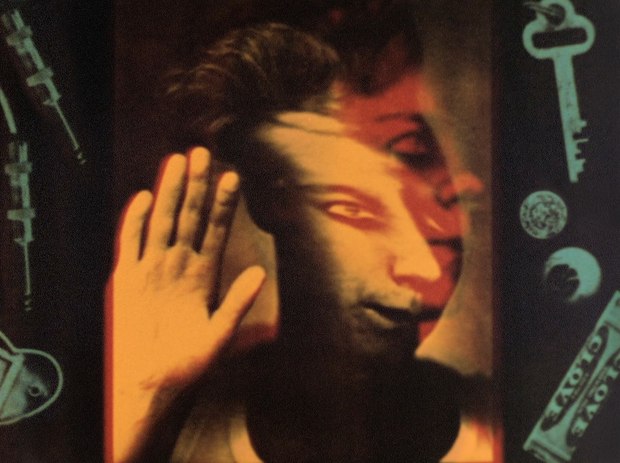 I started experimenting with making animated sequences on top of a copy machine in late 1988.  Specifically, the technique involves putting people’s faces, hand, and various body parts, as well as small objects, directly on the machine’s platen. Like any good scientist, I started by using myself as the test subject then quickly moved on to others. Early on I noticed that eyes were always close because I didn’t want anyone to damage their eyes. This bothered me. So I hit on the idea of painting eyes on people’s eyelids. It really helped in creating a human connection, while still adding a pleasant strangeness to the film. As far as the subject people, I found animators and dancers were the best because of the body control they had.

After getting in the groove, I spent about a year creating stacks of Xerox sequences of different people in a wide ranges of movements, expressions and amounts of clothing. Once I felt like I had enough source material, I started shooting on a 35mm Mitchell camera down-shooter set up. Early on, I happened upon shooting multiple exposures in-camera with colored gels. This was a happy discovery because it brought depth that the flat images really needed. I found if I staggered the same sequence off sync it created a trippy effect that I loved. But this complex approach meant shooting would take me another few months to get it all on film. The editing process was different than most conventional animated films in that I had a fair amount of ‘coverage’ to choose from. As a result, about a third of what I shot didn’t make it into the film. A bit like a music video, the music dictated the overall structure. The track ended up being something I created myself under the pseudonym Citizen M. It wasn’t my original plan but I couldn’t find a song that had the right range of moods but still maintained an odd and playful spirit.

Back in the late ‘80s was an animator at the Jim Blashfield Studio where I worked on a few of his paper cutout projects. Working long hours in proximity to copy machines it’s inevitable that sooner or later you try putting your hands, face and other body parts on top of the machine just to see what happens. We’ve all done it at some time or another. I remember hearing that back in the ‘60s a woman office worker got arrested for sitting on a copy machine and circulating the image around the office. So right away a light bulb went off as I realized I could do entire animated sequences that way. Because I had never seen anyone do it before, I jumped in head first. It was incredibly exciting to be experimenting like that. After starting in late 1988, the film was finally put to bed in February of 1991. So approximately three years in total.

When I was done with all the photocopying, I literally had a stack about five feet tall. It was basically all raw material. Capturing them on film and determining how all those short sequences would get tied together was a daunting task. Absolutely. It was one big experiment that ended up working and the process of discovery along the way was thrilling. Part of the fun was creating something dream-like and sublime using a machine so common place. I still look at it as one of my best films. Unexpectedly, it also launched my carrier as a commercial and music video director because it essentially became my calling card in the early days. Earlier this year it screened at the Van Gogh Museum in Amsterdam. That’s something I never imagined.

The Massive Creative Fellowship Behind ‘The Lord of the Rings: The Rings of Power’
‘The Dragon Prince’ Director Villads Spangsberg Talks Toonlines and Tough Challenges
Laurence Fishburne and Steve Loter Talk ‘Marvel’s Moon Girl and Devil Dinosaur’
Taking an Old-School VFX Approach in ‘All Quiet on the Western Front’
‘Natural Habitat Shorts’: Like ‘Ranger Rick,’ But for Adults
Framestore Sets Sail on ‘1899’ with New Virtual Production Tools
VFX is the ‘Thing’ for Tom Turnbull on Tim Burton’s ‘Wednesday’
We Need to Chat
END_OF_DOCUMENT_TOKEN_TO_BE_REPLACED