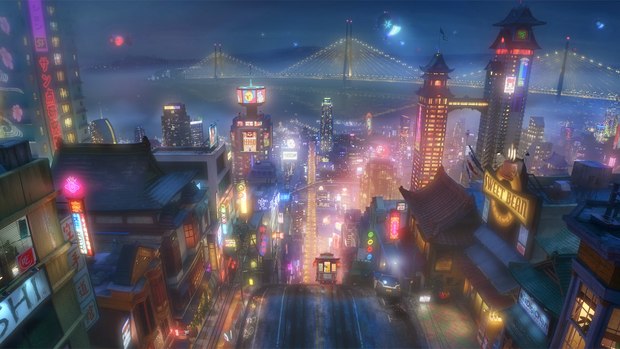 Disney’s Marvel-inspired Big Hero 6 won over the hearts of the Academy at the ceremony for tonight’s 87th annual Oscars, talking home the prize for best animated feature.

Directors Don Hall and Chris Williams and producer Roy Conli took the stage, with Hall thanking fellow nominees for “a great year in animation,” along with the Walt Disney Animation Studios and studio head John Lasseter. “This is the best business in the world,” he said.

Big Hero 6 is a super hero origin story centered on robotics prodigy Hiro Hamada (voiced by Ryan Potter), who's growing up in San Fransokyo, a stunning mash-up of San Francisco and Tokyo set in the near future and brought to life with WDAS’s new Hyperion technology.

This year, Big Hero 6 was up against LAIKA’s The Boxtrolls, DreamWorks Animation’s How to Train Your Dragon 2, Cartoon Saloon’s Song of the Sea and Studio Ghibli’s The Tale of the Princess Kaguya. This is the second consecutive win for Disney in the Best Animated Feature category, following in the footsteps of last year’s Frozen.