In the face of COVID-19, the Tribeca Film Festival partners with Oculus to feature 15 VR films in four online programs running April 17-25. 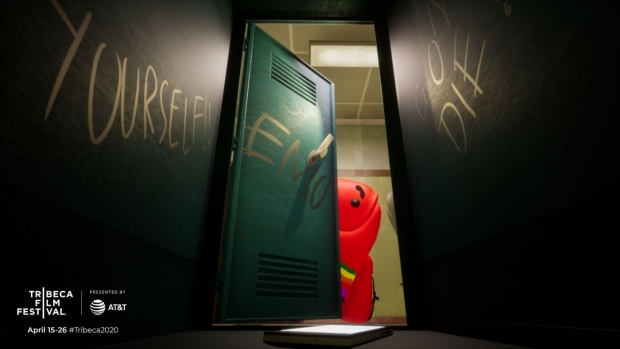 With all large gatherings being canceled while the world practices social distancing to combat the COVID-19 pandemic, art and entertainment have found a new way to survive. The Tribeca Film Festival, though unfortunately canceled, will continue on this year through a number of digital programs, platforms and resources that include VR and animation. Presented by AT&T, select programming from the 19th annual Festival will be presented online. From April 17-25, Tribeca Immersive’s audience-facing Cinema360 will run in partnership with Oculus and feature 15 VR films, curated into four 30-40 minute programs.  One VR project making its world premiere at Cinema360 is Van Phan’s Upstander, a 360 animated experience about bullying and how we, as bystanders, can make a difference by standing up to bullies. Phan created the piece in partnership with the Oculus VR for Good Program and the youth charity The Diana Award.

An award-winning filmmaker, animator, and educator, Phan has a unique perspective on feeling like an outcast and being bullied. As a Vietnamese refugee escaping a war-torn country, he knew firsthand the difficulty refugees and "outsiders" face trying to assimilate and fit in. Van’s childhood dream was to become a comic book illustrator. However, his hopes were dashed when his immigrant parents forbade him to pursue a creative path, instead pushing him towards a more stable career. He eventually graduated from UCLA with cum laude honors. But, after several unfulfilling years at the accounting firm Ernst and Young, he finally found the courage to quit and enroll at the USC film school, where he created two award-winning shorts films.

AWN last spoke to Phan way back in 2001 about his touching film, Values, the story of an emotionally neglected man who overcomes his own upbringing to enrich his son’s childhood with “present” parenting. In his latest project, Upstander, Phan once again uses his ability to speak on the vulnerability of children in a way audiences can understand. The film touches on the trauma caused by social, verbal, physical, and cyber bullying and evolves around the periods of a child’s school day. It uses backpacks to represent children in a school environment, immersing the audience in a story that defies reality and challenges the participant to think and take action.

Facing the prospect of creating the film in a more traditional format like 2D, Phan knew he needed to shift to immersive. “VR is a new medium that gives the filmmaker so many opportunities to tell unique and edgy stories using tools available only in VR,” he explains. “Although we are still trying to figure things out, I think VR has the possibility of having a significant impact as we focus on its strength. Creatively, I am excited to explore the use of embodiment and shifts in perspective to push the boundaries of storytelling and create new experiences.”

Phan chose Tribeca for the film’s world premiere, as it “is one of the best film festivals in the world on so many levels.” “The festival has a vast reach and draws hundreds of thousands of people internationally,” he continues. “As it brings many thought leaders, the festival has the potential to scale a message or cause globally for maximum impact. Also, the Tribeca immersive program has a reputation for curating the best narrative experiences that push the boundaries of art and technology for social impact.”

According to the filmmaker, the festival has a history of using art, film, and technology to help the community and adapt to disruption, including both after 9/11 and again now during the coronavirus pandemic. “Tribeca is being tested again during COVID-19 and is more relevant now than ever. I also appreciate how Loren Hammonds and his team took the time to give me helpful feedback during the whole process. Their focus on the filmmaker made me feel cared for and heard throughout the process. I would love to premiere my next film here.” Reflecting on how the pandemic is affecting people around the world, Phan says, “I feel very grateful to all the frontline people putting their health in jeopardy to help us. My heart also goes out to all the people suffering in the world, and I so wish things will get better soon. Paradoxically I also feel more connected to people as we all have a shared experience that can bring us together. I also see our environment clearing up, and this gives me hope that this pandemic might lead to positive long-term changes that might change the trajectory of our planet.”

He’s also relieved to know that despite the current horrors and hardships we all face, we can still join together to enjoy art and better ourselves through the messages of film. “I am ecstatic that Tribeca and Oculus were able to make this event happen,” he states. “Tribeca has a history of adapting to challenges and using art to bring communities together. I am [honored] to have Upstander be part of the fantastic lineup at this first-ever screening. Although it won't premiere live in NYC, it will be accessible globally for free to millions of people. That is awesome!”

Looking to the future, Phan is “spending more time with VR to research and gather ideas for my next project.” We will all get through this together, and when we do, there will be art on the other side.

The public can access Cinema360 from April 17 through April 25 in Oculus TV, available for Oculus Go or Oculus Quest headsets. Upstander can be viewed in Cinema360 Program 4: Pure Imagination.

To see more from Van Phan, find him on social media: