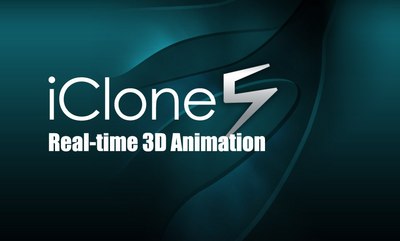 Reallusion and Polycount have announced a new contest that rewards the best in Game Character Animation. With three ways to win -- Best Character Animation, Best One-Minute Movie and Best Use of iClone -- and over $5,000 in prizes, the contest promises to be a fun way for animators to show off their stuff.

As part of the contest, iClone 5 PRO is now free for 45 days. You can download it here. iClone 6, a more powerful version of the product, is available in their store, as well. But what if you’ve never animated in iClone before? This overview should help get you started.

A little context for beginners: iClone is a real-time, rapid animation tool that was built to take the hassle out of animating characters. Because of this, iClone has some of the easiest to use animation tools in the industry, including drag-and-drop characters & motions, Motion Puppet, Direct Puppet, Prop Puppet, Facial Puppetry and other features including a timeline/dope sheet for those that want to add or manually key frame animations/ tweak existing motions. The main advantage for novices in using iClone to animate game characters is the ability to jump right in and begin animating. Many of the tools are created to do the work for you. All the tools listed in the Motion menu are user friendly with pop-up windows that rely heavily on visual representation. You don’t have to struggle with X, Y, Z coordinates or roots. Just follow the visual cues on the various pop-ups and you’ll be sailing along instead of sinking below the waves of cryptic commands and scripts that bog down other real-time engines.iClone was made with animation novices in mind, but has plenty of tools for the pros too. Many times, the same tool can be applied in either a novice or pro manner, depending on who is wielding it.

The learning curve in iClone is extremely small compared to other tools like Autodesk 3ds Studio Max or Maya. With its drag-and-drop interface you can drop actors, props and accessories into the scene from outside sources or from within iClone as in dragging a prop from the side menu to the workspace.  Adding a video to a prop or prop surface is as simple as dragging and dropping the video onto the surface in the workspace. It doesn’t get any simpler than that.

Check out the video tutorial covering the Motion Puppet, built-in motions, and using two-handed weapons to help demonstrate some of iClone’s animation tools. One of my favorite and most-used animation tools is the masking feature of the Motion Puppet, which is a powerful way to layer multiple motions at once. For instance, you can use the mask setting to deactivate certain parts of your character’s body. This lets you animate some body parts one way, and other parts another. In action, this could be a character you send walking down the street. By adding a Motion Puppet masking feature to the leg action, you can lock it and then record a new action for the rest of the character. This gives you the ability to have that character do multiple things at once, like walk, talk, and look around. This layering of animation can make for an excellent final motion with very little or no manual key framing.

There is also a preset panel for making changes to the motion involving things like raising or lowering the hips, leaning forward or backward, putting shoulders up or down, elbows in or out and other small details that help sell a motion as genuine or at least as close as you can get to it. Exaggeration and speed of motion also have adjustable sliders for further customization.

The Motion Puppets greatest feature is its Preview button that allows you to endlessly look at your work without recording or moving down the timeline. Press the Preview button the press the spacebar to start viewing the preview, which runs until you press the spacebar again. This returns the timeline scrubber to the exact point where the preview started to preview again or record. Probably the most underused and under-appreciated tool in the whole set, in my opinion. This tool allows for direct real-time manipulation of your game character by choosing the limb(s) you wish to manipulate. It gives us choices of how to constrain and control movement so it looks more natural or won’t go out of control. Real-time engines can produce some startling and very unrealistic motions when these constraints not in place. You will notice it has that all important preview button that allows you to be fearless as you work.

A recent patch has restored Motion Caption functionality in v6. This patch was only released a few days prior to this writing so I have not had the opportunity to test it out.

If it works like its v5.5 predecessor, it is driven by a Windows USB powered Kindle that captures the motion. There appears to be full body masking to prevent overwriting of previous animations which will enable us to layer the Mo Cap with other motions, creating a more complex animation in the long run.

As with the other tools, the Preview button is available for endless previewing before recording the final motion.

Other tools are available such as the Edit Motion Layer (direct access to each limb for key framing) and the very helpful Reach Target menu which has the character reach for a designated item which can be an object or non-rendering dummy. All of this and we haven’t even covered the facial animation tools like Create Script (load a wave file for automatic lip sync), Face Puppet for adding emotions and the Face Key for setting facial poses plus manual editing of phonemes in the dope sheet. It just goes on and on.

Some more tips to keep in mind when animating with iClone:

M.D. McCallum, also known as WarLord within the iClone community, is an international award-winning commercial graphics artist, 3D animator, project director and webmaster with a freelance career that spans over 20 years and includes over one hundred individual and team-based awards. You can view his iClone tutorials at www.iclonerevolution.com or www.mdmccallum.com.