Winnipeg-born talent was part of the first generation of animators hired and trained by animation legend Norman McLaren during the early years of the National Film Board of Canada. 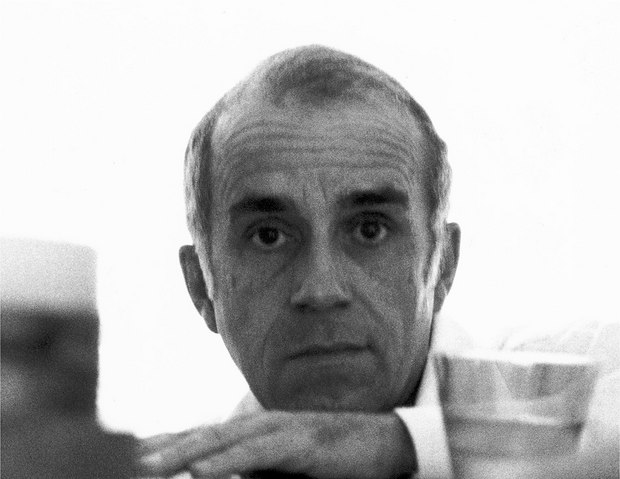 Earlier this month, Canadian animation pioneer Grant Munro passed away, at the age of 94, leaving behind a career spanning five decades as a filmmaker, sculptor, painter and artist.

The Winnipeg-born talent was part of the first generation of young animators that animation legend Norman McLaren hired, trained, and worked with as the National Film Board of Canada was starting up in the early 1940s.

Munro quickly established himself as an animator of paper cut-outs, working on a number of musical shorts, including The Three Blind Mice (1946), but his most iconic role came in 1952, when he appeared alongside Jean-Paul Ladouceur in McLaren’s anti-war pixilation film Neighbours -- a film that would garner the NFB its second Academy Award.

That film was followed by many others -- including the Oscar-nominated My Financial Career and Christmas Cracker as well as McLaren collaboration Canon and the 1996 trick film Toys -- in the years leading up to Munro’s retirement from the NFB, in 1988. In December 2003, the Museum of Modern Art paid tribute to him with a retrospective of his work, “Grant Munro Rediscovered.”

Over the course of his storied career, Munro maintained a group of loyal and passionate colleagues and friends, many of whom made a point of visiting with him regularly well into his later years. Gathered here are remembrances, tributes, and photos -- there’s even a video -- from animators who worked with Munro and hold his memory dear. “We last saw Grant in April, the day after his 94th birthday. His room in the nursing home was strewn with flowers, balloons and cards and Grant was slightly hungover or (as he put it) still drunk. According to Luc, his caregiver, it had been quite a party - standing room only.

Grant was never without loyal friends; near, far, young, old. He had warmth and wit and a good measure of wickedness which he delivered in that lovely voice and with old school charm. He was great raconteur, a teller of outrageous stories that were always worth hearing, even if we’d heard them before (i.e. the time he was almost gassed to death in a Moroccan hotel room). He was an original and one of the last of the NFB old guard. He will be dearly missed.”

How can I start this tribute to Grant Munro?

I have known Grant for so many years. Met him when I started working at the NFB in 1970.

I was very young, he was very funny, already with so much experience, knowledge, talent and stories. I was very impressed. I was working at the Reference Library of the NFB and Grant was a regular visitor. He made me laugh every time he came in to read or borrow books and magazines.

Through the years I had the opportunity to be close to him, to travel with him, laugh with him. Grant was a ladies’ man. Always surrounded by lots of women of all ages. I was one of them.

Here is one story about Grant. At the 1982 picnic of the Ottawa Animation Festival, Grant spent most of the afternoon sitting at a table with a wig and false teeth. It was just impossible to figure out who what that old lady. She seemed to have nothing in common with the animation community. Who was that person? Dear Grant, just thinking of you I start laughing.  I will be missing your stories and adventures. I am sure you are already having lots of fun up there. Grant Munro with Bob Kurtz in Zagreb in 1986. Image courtesy of Hélène Tanguay. Grant Munro with Zina Heckzko at the Ottawa picnic in 1982. Image courtesy of Hélène Tanguay. Grant Munro with Joan Gratz and Nicole Salomon in Zagreb in 1986. Image courtesy of Hélène Tanguay. A group picture taken in 1980 including Grant Munro with Norman McLaren. Image courtesy of Hélène Tanguay. Grant Munro with Paul Driessen and Ishu Patel in Zagreb in 1986. Image courtesy of Hélène Tanguay. Grant Munro as the Statue of Liberty at an NFB English Animation party date unknown. Image courtesy of Hélène Tanguay.

Grant lived life as a performance piece. He could get amazing mileage from a set of comedy teeth (custom made by a real dentist!) or a rude “pacifier.” His jokes were often unrepeatable; only he could get away with them!

Many decades ago I hosted Grant’s retirement party. He insisted that it not be a “normal” party, with speeches and gifts of Eskimo sculpture. We suggested a costume party. He loved that idea.

Wendy Tilby & Robin Bain came as characters from Neighbours; Colin Low was a cowboy; David Verrall and family came as a train; David Fine was a TV evangelist; ...but where was Grant? Finally someone pointed out a little old lady who was doddering around...no one seemed to know her...could that be Grant? Sure enough, great disguise.

Bob Verrall presented Grant with a large Eskimo sculpture, surely weighing many pounds, and then tossed it to the “old lady” Grant. Grant managed to snag it easily enough, especially since it was a foam fake, made by Brian Duchscherer. Grant hugged it like a teddy bear for the rest of the evening!

Alison and I met Grant while working at the NFB in the eighties and we immediately took a shine to each other. The three of us would often nip out for Vietnamese lunch where we would natter about movies and gossip about the NFB. Grant loved to gossip and he had a great sense of humour about it. He was passionate about art and film and every time we met up he would start by asking about a particular film or TV show and what we thought of it. He also loved hearing about our daughter and effusing about her work, especially as they both shared going to the Ontario College of Art, separated by a mere seven decades.

Grant once met my mom over thirty years ago and they got on very well. To this day, he would see me and ask how my mom was doing, but it wasn’t just a platitude, he really wanted to know. Grant never forgot a person he liked (or didn’t like, for that matter). He was charming, loving, bitchy, hilarious and sharp as a tack right to the end. I am so proud to have been his friend and will miss our occasional, but wonderful meetings every time we visited Montreal. As filmmaker David Fine put it, “At 94, Grant Munro died too young.” This is testament to Grant’s vitality, and his keen curiosity in exploring art and meeting new generations of NFB artists. Part of Norman McLaren’s founding cohort for the Animation Studio, Grant became an icon as one of the characters in Neighbours, but also won acclaim as a filmmaker for Christmas Cracker, Canon, and The Animal Movie, amongst many more. Though he retired in 1988, Grant remained a friend to many NFB animators. Grant Munro’s death is a sad reminder to the Animation Studio of the passing of that seminal era in our history, but his interest in the works of young artists reminds us where, and whom, to focus on for a vibrant future.