Following the recent success of its first feature film, ‘Norm of the North,’ children’s entertainment specialist promotes Mike Young to chairman and co-CEO, Steve Rosen to co-CEO and David Di Lorenzo to President of Kabillion. 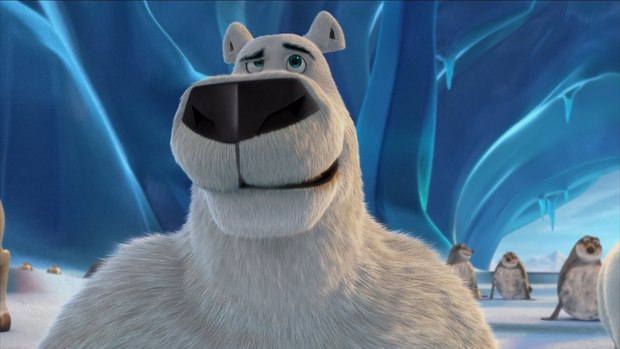 LOS ANGELES – Splash Entertainment announced that Mike Young has added Chairman to his current title of co-CEO, Steve Rosen has been promoted from CFO & COO to co-CEO, and David Di Lorenzo has been promoted from Vice President of Sales and Digital Distribution to President of Kabillion, the only independently owned VOD network ranked among the Top 10 Kids Free On Demand networks in the U.S. and currently in over 50 million homes and owned by Splash. Liz Young will continue to serve as President of Splash Entertainment, with Mevelyn Noriega as President of Distribution. It was also announced today that Nicolas Atlan will be leaving the company to pursue new opportunities.

“2015 was a great year for both Splash Entertainment and Kabillion and we are confident that 2016 will be even stronger,” commented Young. As such, the timing is perfect for us to promote Steve and David, two highly regarded executives whom have both been with us for many years and are leaders in the children’s business. With Steve’s leadership as co-CEO, along with David’s helm at Kabillion, I am certain that our recent growth and success will continue well into the future.”

"As a dear friend and valued colleague it’s been a great pleasure working with Nicolas these past few years and we will miss seeing him daily. All of us at Splash say ‘thank you’ and wish him all the best in his new endeavors,” added Young,

Rosen has served since 2003 as the EVP, CFO & COO for Splash Entertainment. In 2007, Rosen was part of a team that launched Kabillion, an advertiser-supported video-on-demand channel on cable, as well as the Kabillion Digital Network.  He also helped Splash launch its theatrical division by negotiating the acquisition and distribution deals for Splash’s first feature. He also acted as a producer on Norm of the North, an animated feature film released theatrically in North America by Lionsgate in January 2016. From 1994 until 2002, Rosen worked at the Kushner-Locke Company, a publicly traded leading independent producer and distributor. He started as Vice President of Production & Finance and spent his final three years as EVP & COO.

Di Lorenzo joined Splash Entertainment in 2007 as Vice President of Sales & Marketing. During his tenure, he has established the company’s digital business, working with Netflix, Hulu, and Amazon. He has also overseen international licensing activity for consumer products and most recently has expanded Kabillion’s advertising sales and distribution of the network across new MVPD’s and connected TV platforms.  Prior to Splash, Di Lorenzo spent 11 years at Universal Studios where he worked in licensing and retail marketing for several major motion pictures, including the Jurassic Park and Fast and Furious franchises.